Sense of urgency quickly on the rise over export crisis
Robots could well become a huge part of the solution to Korea’s current export woes? And, it seems that Korea’s government agrees.

If you are an export-oriented economy like Korea where exports account for about 50 percent of the country’s GDP, what happens when exports take a big hit, as in 2015 when exports tumbled to a six-year low?

Korea’s major export partners: China (25 percent of total exports), ASEAN (14 percent), the United States (10 percent) and the European Union (9 percent). According to Trading Economics: “The country is the world’s largest exporter to China — and as such among the most exposed to the renminbi’s depreciation. It is also facing increasing competition from Chinese companies in major manufacturing industries.”

With a situation reminiscent of the financial crisis of 1997, as some fear, seemingly revving up again for a return visit, Korea is moving fast to change direction.

Korea’s President Moon Jae-in, has vowed to embark on structural reforms to head off any risk of crisis as economic pressures mount on Seoul.

The Financial Times succinctly what is facing Korea: “A challenging task of reviving faltering economic growth as exports continue to slow amid cooling demand from China, while domestic spending has been held back by high household debt.”

That’s a big job!
“We are talking about a crisis now,” said former finance minister, Yoo Il-ho, “because it is time to take some pre-emptive measures such as passing the bills on economic revitalization and structural reforms.”

“South Korea’s expertise in screen technology, semiconductors, sensors, and auto manufacturing gives it an edge, says Lee Jeong Yeob, a senior research engineer at Hyundai Rotem, a defense company that’s part of Hyundai Motor Group. “We have the fundamental technologies, which we should use to commercialize robots.” 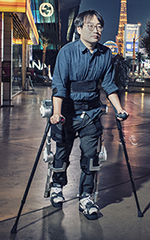 Intensive capital investment will be necessary from the government  to reach Korea’s 2018 goals of 600 domestic robot companies employing 34,000 workers.

The capital is there. The competition is formidable from Japan and Germany as well as a burgeoning robot industry in China.

The bottom line from a Bloomberg analysis sizes up the challenge ahead: “Korea is spending $945 million to boost its robotics industry, which has a low profile internationally.”

Korea has faced such challenges before and succeeded grandly.

As Wolfgang Heller, robotics and market analyst, pointed out: “In 1960, South Korea was poorer than two-thirds of the nations in sub-Saharan Africa. Today it’s the world’s most digital nation, with a per capita income of nearly $29,000, higher than New Zealand ($27K) or Portugal ($22K).

“This transformation largely took place during 1965-1985, and is known as the “Korean Miracle.” South Korea is pushing ahead with a host of interlocking technology initiatives bold enough to potentially make the period 2010-2025 a second Korean miracle, this time focused on what Seoul National University refers to as convergence technology.”

The robotics connection
Korea’s fascination with all things robotic is nothing new. “Korea has a 35-year history of designing and building robots,” says Yoo Tae Jun, vice chairman of the Korea Association of Robot Industry (KAR). However, it wasn’t until C7

2003, some three decades into that robot-building history, that “the government selected the robotics industry as a new growth engine… and put in place diverse policy support,” Jun says.

Five years later in 2008, a series of government actions and initiatives, such as the Intelligent Robot Development and Promotion Act raised the visibility of the country’s pursuit of building a robotics industry by enshrining it in the law of the land.

Yoo Tae Jun notes that Korean robotics has grown rapidly over the past decade. “The statistics show that since 2008, the Korean robot industry has marked an average annual growth rate of 21 percent.”

Then in 2010, the government’s Ministry of Trade, Industry, and Energy established the Korea Institute for Robot Industry Advancement (KIRIA)to oversee industry development.

and infrastructures, such as robot test facilities,” says Yoo Tae Jun. “Especially [promoted] are robot pilot projects, with annual budget of about $20 million since 2011.” KIRIA is also responsible for constructing a national robot research and development center.

As a consequence of Korea’s attention to robotics it has realized itself as a world leader in the density of robots in its domestic manufacturing and general industrial operations, even though it narrowly lags Japan, Germany and the U.S. in robots for the automotive industry. 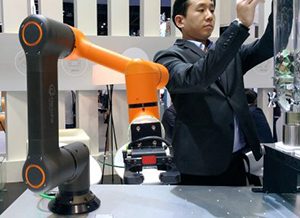 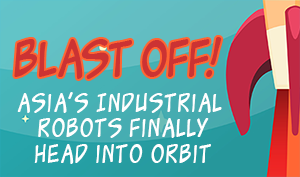 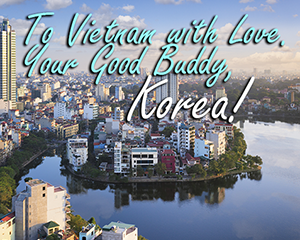 Using K-Pop and Other Offbeat Stuff to Promote Robot Skills Training
Why not use some “disruptive” pizzazz to promote robotics training and education? It’s not now, and it shows 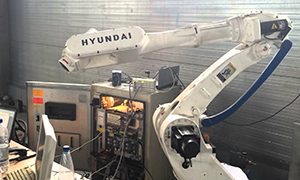 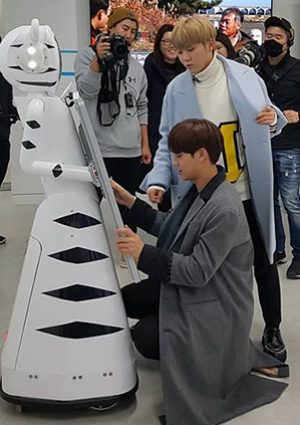