2023-2026 Korea could leapfrog competition through integration of robotics, AI/ML, and ICT 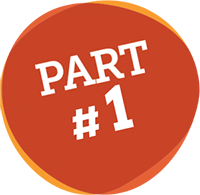 NEXT: Part #2:
Korea’s Plan for
AI Leadership
in Robotics

Korea, both diligent and fast
With an eye toward creating twenty $80-million ($100 billion won) robot companies, Korea’s then-President Moon Jae-in, announced in March of 2019: “The government has set a goal of turning the nation’s robotics industry into the fourth-largest player in the world by 2023.”

Although still very early in 2023, that’s a goal that will be missed by a wide margin. Besides, being the largest is short lived if you are not the best.

However, in the act of reaching for but missing that elusive goal, Korea did for itself something more important: It galvanized the nation to the recognition that automation through robotics is now the prime avenue for the country’s future prosperity. And that Korean robotics integrated with artificial intelligence might well make President Moon’s wish to be in fourth place in the global robotics industry way too low an aspiration. Especially when higher, much higher, is clearly within reach.

Korea has already earned a reputation as a “leading global information and communication technology (ICT) center and is ranked second in Bloomberg Index of Most Innovative Nations 2020.” Integrating ICT with robotics and artificial intelligence could be a magic elixir for a post-COVID Asian country looking at a down year for GDP growth (a 2.2% rise now restated as a 1.6% increase), global inflation, a Sino-US technology war, supply chain woes, and export markets far from what they used to be.

Certainly enough of a problem set for a nation in jeopardy to look hard for solutions for its 51 million citizens.

In response, Korea, with the fourth largest economy in Asia—tenth worldwide—announced, in July of 2020, its National Strategy for a Great Transformation: The Korean New Deal. As President Moon commented: “The Korean New Deal will set the foundation for Korea’s next 100 years.” 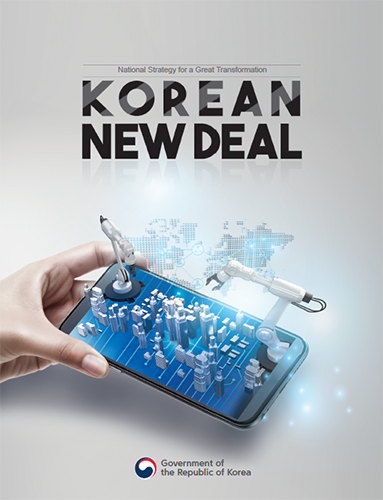 The Korean New Deal purposefully borrowed the title and intent from the U.S. Roosevelt-era New Deal (1933-1939). Basically, more jobs, Industry 4.0, and higher world ranking to transform Korea from being “a fast follower into a first mover.” As such, The Korean New Deal has three parts: a Digital New Deal; a Green New Deal; and a Human New Deal, which is “an overarching policy to strengthen the employment and social safety net.”

The integrated face of ICT, robotics, and artificial intelligence (AI) can be seen in all three. In fact, Korea could never evolve from being a “fast follower into a first mover” without them.

Second time around
Once previous, in 2008, Korea, faced with another uncertain economy, had pulled off something similar. Back then, a series of government actions and initiatives, such as the Intelligent Robot Development and Promotion Act raised the visibility of the country’s pursuit of building a robotics industry by enshrining it in the law of the land.

Korean robotics grew rapidly over the next decade. “The statistics show that since 2008, the Korean robot industry has marked an average annual growth rate of 21 percent.” 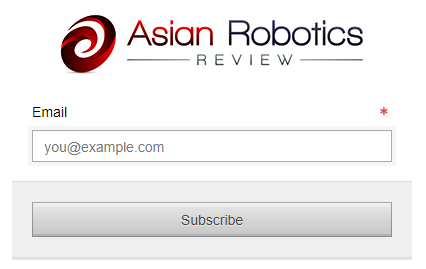 Breaking free of Japan and the U.S.
So, a decade removed from the heady days of 2009-2012, what exactly does the Korean New Deal 2.0 mean for robotics? Well, plenty! As a meeting with then-President Moon’s Minister of Trade, Industry and Energy, Sung Yun-mo, related in an interview with the Korea Herald: “For the service robots, whose development is still in its infancy in Korea, the government plans to inject 300 billion won ($243.3 million) for research and development funds starting next year [2020].

“The funds will help foster robots to cater to growing need in areas of caring, clothing and logistics. To create a healthy ecosystem for robot businesses, the government also plans to nurture robot integrators that analyze clients’ needs and provide solutions for automation.

“The plan will also focus on breaking free of the local industry’s reliance on the U.S. and Japan for key parts and software for robots. New technologies like artificial intelligence and the fifth-generation network are being integrated with robots and they are expected to be used for our daily lives as well as for manufacturing sectors. Through the plan, the government will help boost the robotics industry in both manufacturing and service sectors,” he added.”

Missing from the success equation back in 2012 was artificial intelligence /machine learning (AI/ML). Now, as the Sung Yun-mo interview confirms, AI/ML are vital.  That 600-pound gorilla in the room is a must to address, or robotics going forward would be second best…at most! 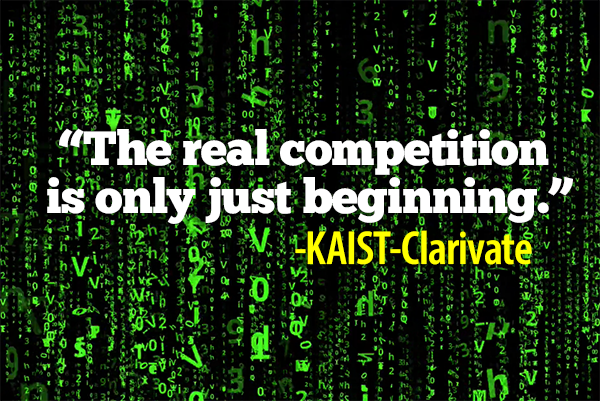 Korea, to its credit, didn’t panic over the worldwide quest to integrate AI excellence into its technology. Rather, it looked long and hard—but as briefly as possible—before taking quick action.

KAIST or the Korea Advanced Institute of Science and Technology, a national research university, and KAIST’s Innovation Strategy and Policy Institute (ISPI), hired UK-based innovation think tank, Clarivate; and rapidly (2021) put out a report of observations, insights, conclusions, and next steps for Korea to build out an AI-acquisition blueprint: The innovation landscape of artificial intelligence [Report]. 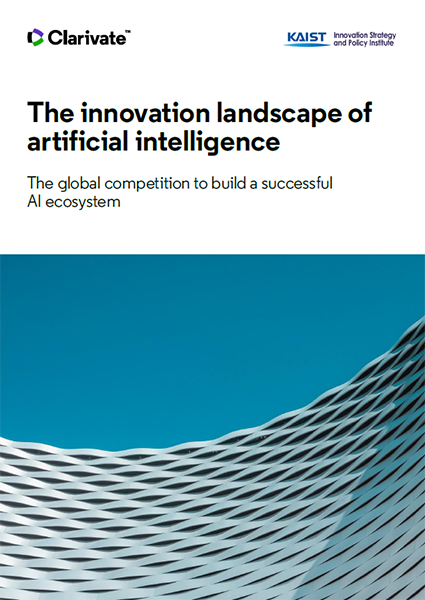 Key observation 1: “With the advancements in high-performance computing and big data, artificial intelligence (AI) has become a key player in technological innovation. Patents for AI inventions filed in the past 10 years show that the technology of AI has evolved into a wide range of applications and industries. AI technology enables systems to be intelligent enough to interact with people in various areas, such as health care, manufacturing, consumer products, and the automotive industry.”

Key observation 2: “The strength of AI is its ability to converge with other technologies to generate superior performance, enabling many conventional technologies to overcome existing limitations and leap forward to provide next-generation solutions to difficult real-world problems.”

Key observation 3: “Many countries see AI as a part of a national agenda to make it a growth engine of technology innovation and industrial expansion. Countries and corporations have established their own goals, strategies, and investment plans for AI technology; thus, the real competition is only just beginning.”

Key observation #4: AI TALENT: “Countries that build a strong AI ecosystem early on will likely enjoy various benefits. Many countries and corporations are competing for skilled AI talent, which is in limited supply around the world. This talent pool plays a key role in AI innovation by either improving R&D performance or rendering.”

Key takeaways for Korea: The good news: “the real competition is only just beginning.” Korea has an excellent chance to move up the AI chain, and even to leapfrog into a top, leadership position. AI talent is the biggest requirement but it’s in short supply worldwide; so, copy how the best do it, like the U.S. and Canada, who work together both in industry and academia.

Why copy U.S. and Canada? “Although Mainland China has shown the highest growth rate in AI inventions, the influence of Chinese AI is relatively low. In contrast, the United States holds a leading position in AI-related inventions in terms of both quantity and influence.

“The U.S. and Canada have an industry-oriented, AI technology development ecosystem through organic cooperation with both academia and the government.

“China and Korea, by contrast, have a government-driven AI technology development ecosystem with relatively low qualitative outputs from the sector.”

Based on the KAIST-Clarivate findings, the way forward for Korea is clear: If “the real competition is only just beginning”, then the U.S.-Canada formula for AI success is the best road to travel.

We’ll be watching which road is taken.

Please join us for Part #2: Korea’s Plan for AI Leadership in Robotics