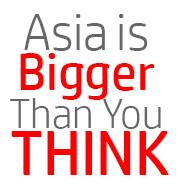 as it applies to and affects Asia (East Asia, Southeast Asia, Asia/Pacific (Australia & New Zealand), and India). Literally from Hokkaido to Chennai; and most prominently the epicenter of the Fourth Industrial Revolution, East Asia.

Robotics, automation and AI are a disruptive blend of technologies in the process of converging and, as such, entering into every sphere of work for everyone on the planet.

That convergence and its effects have caused the East to look keenly toward the West  while the West looks keenly toward the East. When it comes to robotics, automation and artificial intelligence (AI), it truly is East meets West, and West meets East, moment to moment.

As our tagline says: “Specializing in Asia by Covering the Globe” that’s exactly what we do! From our home office in Boston to our reporting centers in Bangkok and Beijing.

About Tom Green
Tom Green is the founder, publisher and editor in chief of Asian Robotics Review.

Green has spoken at national and international robotics events and conferences; has been the subject of interviews on robotics with Barron’s, The Wall Street Journal, Swissquote, and CNN Money, among others; and serves as a consultant and adviser on robotics from startups to multi-national corporations.

“This is a great site… a very good and timely idea, and a great source
of information and analysis.”
–Dan Kara, Research Director, Robotics, ABI Research  ​​

Journalist, writer and video producer, Green has been reporting on and producing programming about technology for over two decades. 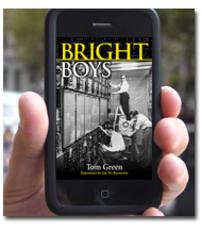 Formerly, as a TV writer/producer at Boston’s ABC affiliate WCVB-TV, he wrote and produced the pilot program Lifelines: Ethics in Action. His work has been twice nominated for Emmy Awards.

He began his career writing award-winning radioplays for National Public Radio; and his short story collection In The Room the Women Come and Go was awarded a UNICO National Literary Award.

For over twenty years, Green and his Thai wife have spent much of their time in Asia, where they have friends, family and a home.