Back to School with Pop!

Why not use some “disruptive” pizzazz to promote robotics training and education? It’s not now, and it shows

Back-to-school reality check
Okay, help me out here to connect the dots between promoting robot skills training and the need for tens of thousands of skilled automation workers throughout Asia, especially Southeast Asia.

Current recruiting methods are not doing too well, and it’s not that there aren’t enough warm bodies and willing minds to recruit. By the look of the campaign and recruiting materials, it’s easy to see why recruiting has been ineffective. It’s way too formal, too frumpy, and too brimming with dire statistics and scare-factor predictions.  Seems to me that the target audience is purposefully oblivious to the messengers and their messages.

Just maybe these campaigns need a good dose of disruptive pizzazz to make them more appealing and more impactful to Asia’s youth.

How about a disruption strategy using K-pop and other offbeat tactics for successful outreach? 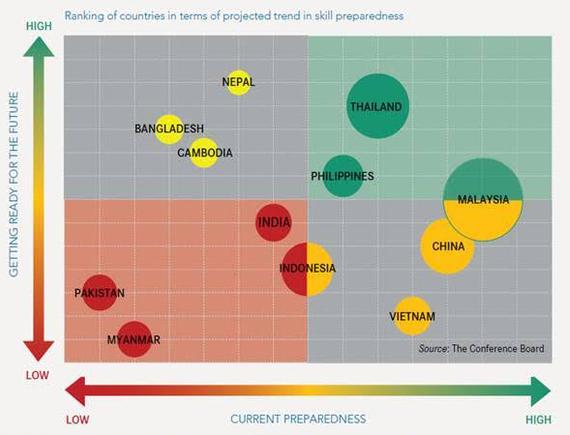 Here’s the backstory
I’m at a Thai technical school surrounded by students in their late teens and early twenties who are themselves in a crowd surrounding and leaning in very close to and ogling their newest object of fascination: a UR5 cobot from Universal Robots.

The students tell me that they do not want anything to do with formal college or university education; they love things mechanical and want to train just enough to work alongside machines to get jobs done.

Huh, sounds curiously close to a description for the human half of a cobot team.

Okay, that’s cool. College isn’t for everyone. The Germans have a super apprenticeship program “Ausbildung” that involves both theoretical learning and on-the-job training. Why not an Asian version of “Ausbildung”?

These young men and women have a mechanical bent and like to tinker with machines, which they then like to use to make things.

These days, they’re in high demand. They are part of the tens of thousands of skilled workers who are being feverishly sought after by companies everywhere throughout Asia…and the rest of the world, for that matter. Southeast Asia’s need is particularly acute; here in Thailand the World Bank reports as having the “greatest shortage” in the ASEAN.

The classroom where I’m sitting is small, comfortable and air conditioned. The electronics in the classroom are woefully ancient: beat on, beat up, grimy-looking computers from the early Celeron Age hooked up to CRT screens. Yes, CRT screens! A student’s smartphone sitting next to a Celeron looks so incongruously out of place: the phone is so much more powerful and cooler looking than the computer.

The students, young men and women in school uniforms, who commute daily (by bike and motorbike) from villages within a twenty-mile radius around the school, work hard at learning to program the hulking KUKAs in the humid, gymnasium-size demo room next door. They so much prefer the newly-arrived UR5.

It was hard for them to believe that the UR5 is actually a robot: its lines are so clean and sleek, its actions so smoothly elegant, plus it actually works, and works well. “This robot can do anything,” is a frequent remark.

The UR5 is so different from what they have come to know as a robot. They joke about it looking otherworldly, as if some alien being had just teleported it into their presence.

They, as well as their instructors, are basically unaware that there are some thirty-plus other cobots in the marketplace. A recent Robotiq ebook lists them all.  And many of these cobots look exactly similar or nearly so to the Universal Robots product line. 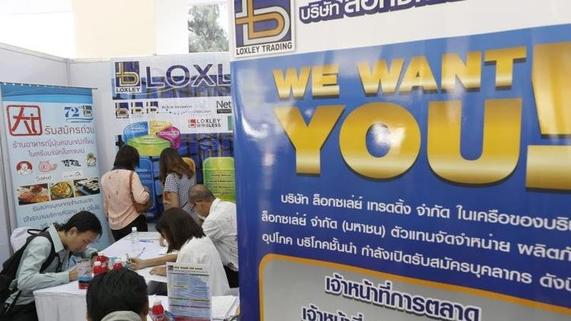 Go grassroots with walking billboards
The students couldn’t stop talking about their UR5, and even better, suggesting uses for it at nearby businesses. A salesman within earshot of them would be hard-pressed to jot down fast enough all the company names that were spilling out. These kids knew well or worked for the companies in question…and knew very well the owners and managers in charge of “making” things at these factories.

Ah-ha, there’s thread of connectivity here that runs from student, to school, to cobot, to local factory. A connectivity that could produce introductions to decision makers and cobot sales opportunities to SMEs in the local area.

A cobot manufacturer would do well to get to know these schools and their students. Cultivate a relationship. Adopt the school. A truly simple way to do that would be for a cobot maker to provide the students with their uniforms…for free.

In exchange, the cobot maker could put its logo on the back of every shirt. The students would then become walking billboards for the cobot maker. Why not, the Premier League does it all the time as does everyone in auto racing.

As walking billboards, the students offer instant engagement not only to local SMEs but also for recruiting other potential students for the technical school.

Glitzy K-pop sells
In breaks between training classes, the students hang out on the school’s balconies and verandas thumbing through their smartphones. More than a few are watching a Korean K-pop girl band BlackPink. Others a K-pop boy band named EXO.

Immensely popular is understatement: K-pop is off the charts in popularity with these students…and millions of others around the world. Many of the students even wear the same hairdos as the members in the K-pop group. The guys called their coifs pom gaulee (Thai for Korean hair). And the women, from a continent where hair color is black and blacker only, have tinted or streaked or totally colored hair, just like the K-pop girl bands.

Hmmmm, very interesting. Has anyone ever used or thought of using these K-pop idols to promote robot training and education? Doesn’t seem that way from my cursory look-see. Maybe it’s time for a full-on, K-pop recruiting campaign. Even a few glitzy videos for smartphone consumption would help to build instant awareness. The allure is undeniable: K-pop videos are readily consumed by millions throughout the continent. Robots and working with them are cool, but K-pop could make them infinitely cooler.

A little pop can go a long way
Seo Min-soo, a research fellow from the Samsung Economic Research Institute, well understands K-pop’s power and is out with an interesting paper:What Business Can Learn from K-pop for Global Strategy.“Now Korea’s major cultural product, K-pop, is creating massive added value. Other fields of business need to take the strategic values of K-pop― the songs, the singers and the fans ― as a stepping stone for the development of new products, establishment of new marketing strategies, and exploration of new markets.”

And as if on cue, the Nikkei Asian Review just rolled out a cover story and more on Asian music’s powerful appeal.

There’s a sales opportunity here to sell robotics as a career path to Asia’s youth…as well as to sell cobots as a path to profitable automation for Asia’s not-so-youthful SMEs.

As of now, it’s clear sailing for the first robot brand to jump in and make a big splash.  The news and media spin from such a hookup will undoubtedly be worth millions of dollars in free advertising for the brand that takes the lead.