KUKA & Midea Powering Up Factory of the Future

Is the KUKA/Midea smart factory team making a breakout move?

A front runner emerges?
It may sound strange, even mightily improbable, but a robot maker, KUKA, may well be on the brink of locking up the de facto standard for the Factory of the Future.

And no, it’s not the usual suspects:  Siemens or GE or the Cisco/FANUC partnership or even the ABB/IBM team. No, it’s the dark horse, KUKA, way down at number six on the list of major robot suppliers and the object of a stunning $5 billion Chinese takeover in 2016.

We’ve been following the players in the quest for smart-factory leadership since our three-part series, Race to the Factory of the Future, from 2016, and now a surprising front runner seems to be emerging:

Race to the Factory of the Future
FANUC-Cisco vs. KUKA-Huawei (plus Midea): Two superbly matched teams making a full-scale assault on the Fourth Industrial Revolution

China Races to the Factory of the Future (KUKA & Huawei)

Japan Races to the Factory of the Future (FANUC & Cisco)

What had seemed improbable, has now begun to materialize…and has all come together in record time. KUKA and its new-found Chinese tech pals have all the Lego pieces before them and are busily snapping them together, with seemingly something new happening every day. 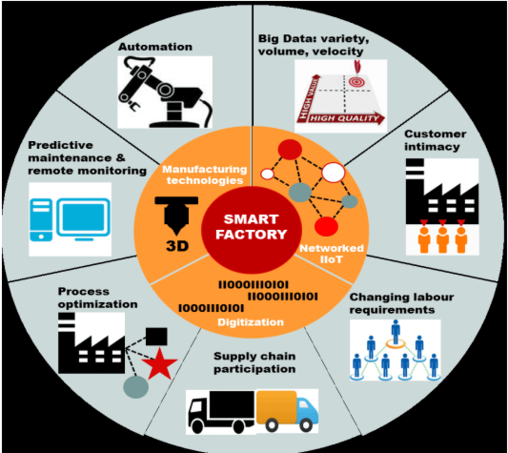 All-important quest for standards
Creating the de facto standard for the Factory of the Future is a really big deal; it’s tantamount to owning the blueprint on how manufacturing is to be carried out. Having no standards is a bit like needing tires for your car and having to get them custom made each time: expensive, time-consuming and wasteful…and a bit stupid.

Can’t have an industrial revolution, be it the First or the Fourth, without factories being on the same page together.

Yoshiharu Inaba, chairman and CEO of FANUC, clearly sees the prize: “By connecting machine tools and robots and making them smart, we hope to create an autonomous working environment…We believe this will be a de facto standard for factories around the world.” There’s that bit of Latin again: de facto.

Factories, especially the high-precision ones envisioned for the future, will demand mega-tight digital standards agreed to by all. If China’s million factories take on the KUKA/Midea standard, then every supplier to those factories will have to build to those standards.

And whoever wins in China has a good shot at that standard going global.

It was only a short time ago (2016) that the world was shocked at the acquisition of KUKA by China’s proxy buyer, Midea. It’s just about the largest appliance maker on the planet, with its 21 production facilities and 260 logistics centers in more than 200 countries and 100,000 workers.

Midea’s CEO, Paul Fang, told Bloomberg that the company has $8 billion in cash and equivalents on hand and a market cap of $50 billion. In short, Midea has a need for cutting-edge factories filled with robots, as well as the deep pockets to fund the transformation. Midea is also looking to robots to provide one-fifth of its total revenues by 2020.

Fang had more in his bankroll back in 2016 when the Chinese went to KUKA’s hometown of Augsburg for a little parley about the future of both KUKA and Midea. Midea desperately needed automation to meet intense growing pains, while KUKA wanted to diversify away from supplying robots predominantly to auto manufacturers where revenues are on a down slide.

KUKA sees a bigger profit future in small robots for the assembly of mobile phones, handhelds, iPads, and other 3C electronics where the maximum payload is on the order of six kilograms (70 percent of which are assembled in China).

KUKA’s CEO, Till Reuter, also had a desire to move up the robot food chain from sixth maybe all the way to first, for which he needed a big brother with lots of cash and a continent full of need, namely, China. 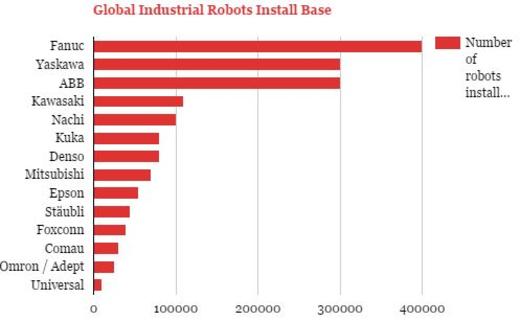 We all remember that day. The news was electric across the media, worrisome to the German government, but filled with exciting promise for both KUKA and Midea.

Midea, on its own, could probably buy and deploy most every KUKA robot just to automate its own vast ecosystem. Smartly, Midea has a different end game in sight: smart factory maker.

Gu Yanmin, vice president of Midea, sees Midea building out “a complete industrial chain for upgrading traditional plants into smart factories and to sell models of smart factories to customers at home and abroad.” Precisely what FANUC’s Yoshiharu Inaba has in mind.

In fact, Gu said that Midea had already invested $725 million “in building smart factories in several Chinese cities using a total of 1,500 robots. Our ultimate goal is to build more intelligent smart factories and use more robots in factories.”

That’s a page right out of the Japanese playbook on how to put a Camry in every driveway. If KUKA/Hauwei (plus Midea) get out ahead of the wave, they could well produce the global standard for smart factories.

For Reuter: “We want to become the top player in the Chinese market for robotics ($553 million in 2016; seeks $1.2 billion by 2020).” KUKA also wants to transform itself into a software and platform specialist.

Till Reuter and his robot rough riders have come very far very fast since 2016. Check this out:

That’s what’s called a nice body of work. All pulled off in less than two years!

Other  leverage points for the KUKA/Midea team:

Also: Challenge for Japan
Can Team Japan Build a Factory that Can Build Factories?Ordering a smart factory could well be as easy as ordering a Camry! Just CAD the manufacturing process, model the machine system, plug in the simulation test, run analytics, and then purchase online. Maybe? 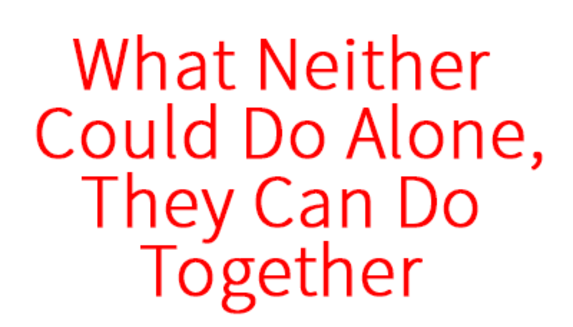