Race to the Factory of the Future

There’s bigger game afoot
Okay, the world knows that China and Japan are competitors; fierce rivals is more like it.

Japan snagged the 2020 Summer Olympics; then China grabbed off the 2022 Winter Olympics. Both pledge to be the world’s best in robotics by 2020 and 2022 respectively.

That’s a stretch for both…unless each gets a booster rocket to the future.

Luckily for each, a much bigger and more important competition is quickly showing itself to both of these nations; it’s a competition that makes just being “the world’s best in robotics” pale by comparison.

The competition is the race to the Factory of the Future. To the victor will come solutions to the many problems of economy and society that weigh on each today.

As 2016 dawned, neither China nor Japan was prepared to meet this looming future, yet both desperately needed to.

Suddenly, both are now positioning themselves to not only participate in that bright future, but to lead it.

This is going to get very interesting
Two world-class, high-tech teams are going to duke it out in Asia for supremacy and domination in the global race for the Factory of the Future.

The teams are made up of four of the most unlikely partners; unlikely, not because of their technology, but unlikely because no one saw them coupling up together so fast and so ardently

FANUC-Cisco
One of the teams has a head start. That’s the FANUC-Cisco team (Japan and US) and already that team is changing the concept of what goes on in a factory.

This is a game-changing moment for Japan, its economy, its electronics, its people and its pride…and just in the nick of time!

For Cisco, the partnership offers it unprecedented access to the new tools that will be getting hooked up in factories everywhere as the Industrial Internet of Things (IIoT) swings into position.

One half of the Japan-US team is FANUC, the world’s largest maker of industrial robots and owner of a 65 percent market share in computer numerical control systems.

The other half of the team is Cisco Systems, the largest networking company in the world, over whose equipment some 80 percent of the world’s Internet traffic is carried.

“Fanuc hopes to create a system that can control the operating states of every piece of machinery on the factory floor, including robots, machine tools and other equipment made by other companies.

“The Japanese manufacturer of factory automation equipment has teamed with Cisco Systems, a U.S. maker of communications network equipment, and others to develop the system. They hope to have it ready as soon as this fall for use in factories.”

KUKA-Huawei
After a quick trip across the Sea of Japan, keep an eye out for the KUKA-Huawei team (Germany and China). The team will be difficult to spot because the two constituent parties that make up the team are lagging a bit behind.

Germany’s KUKA, the world’s fourth largest industrial robot maker, is in the final dance moves of being acquired by Chinese appliance maker, Midea for $5 billion.

No sane person in the robotics business believes for an instant that Midea is capable of properly managing KUKA. Midea is more of a proxy buyer of KUKA; the real management team will end up being a tripartite group made up of KUKA staff, Siasun staff (China’s best industrial robot maker), andHuawei staff.

Huawei will be for China what Cisco is for Japan: the grand seamstress that knits Information Technology and communications into a single factory to enable IIoT, and then to knit a geography of factories together into a grand quilt of interoperation that has come to be known as the Fourth Industrial Revolution.

There’s lots of bad blood between Huawei and Cisco as each has fought the other for market share and in courts over patents; the only scuffle not attempted yet by the pair is a tong war.

With 70,000 R&D engineers out of a total head count of 140,000, Huawei is well-positioned to innovate its way into being the networking partner to KUKA’s deep knowledge and expertise with industrial robotics.

The speculation game
Stretched out before the KUKA-Huawei team are tens of thousands of Chinese factories awaiting elevation into the IIoT world. Beyond that are the ASEAN nations to the south, and westward to Central Asia deep along the Silk Road, and then on into Eastern Europe.

The rewards for success will be beyond spectacular. 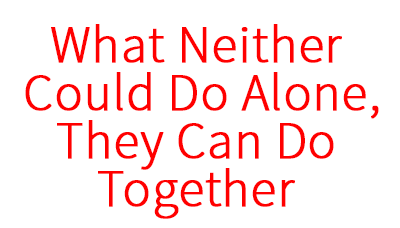 What for KUKA or Huawei separately would be totally unthinkable, together is eminently possible.  Especially with China’s massive bankroll behind it and cart blanche to any and all factories and warehouses anywhere in the People’s Republic.

With robotics high on the to-do list of this the 13th Five-Year Plan (2016-2020), with robotics getting the personal backing of President Xi Jinping, it’s a no-brainer the kind of access the KUKA-Huawei team will have

Publicly traded KUKA stands to make billions as the exclusive high-end robot maker in China. Huawei, still private, might well think hard about going public when it starts to wire up China’s factories with KUKA. There could well be a vast fortune awaiting the exchange of its shares for cash.

What China knows…and what it fears
China is well-aware of the FANUC-Cisco team; and well-aware also of its own need for high-end robotics technology and a steady supply of top-notch robot parts. It can’t possibly hope to compete with Japan without immediate upgrades in those areas.

Before KUKA, Midea was in discussions with Japan’s Yaskawa, another of the Big Four in robotics (FANUC, Yaskawa, KUKA, and ABB). The Japanese were polite but non-committal; not wanting, more than likely, to offend China (via Midea) where it does millions of dollars of annual business.

The courtship ended quickly, but not before Midea announced two smallish joint ventures with the Japanese robot maker to build service and industrial robots.

China knew that it had to move quickly or the FANUC-Cisco team would quickly and completely out maneuver it. It could well end up with the unthinkable: FANUC-Cisco outfitting China’s Factories of the Future…at a very steep price.

That hunt ended just as quickly at the doorstep of KUKA in Augsburg, Germany.

Midea already owned 5 percent of KUKA, but now wanted to exchange $5 billion for the other 95 percent. KUKA agreed.

China must now hustle the team-making part of things and get the KUKA-Huawei team into play.

Quick backstory: Japan
If you want the world’s best robots for your factory, check in with Japan; the emperor of all robots has six of the top eight robot makers.

However, if on the hunt for IT, software or networking communications, best look elsewhere.

As the Japan Times put it: “Japan’s manufacturing sector is lagging behind other countries in utilizing information technology, according to an annual government report that called for improvements.”

And worse: “The report said Japanese manufacturers were not utilizing so-called “big data,” or the tremendous amounts of data accumulated online…According to a survey, 70 percent of Japanese firms were not using or had never heard of the concept.”

Never heard of it!! Yikes!

The sale represents a 43 percent premium over ARM’s share price at the Friday close.

Japan has pulled off that feat with automobiles, computers, robots and electronics.