Reinventing the Robot: A Job Only AI Can Do?

Everything about an industrial robot has changed since Unimate (1961), except the robot. Isn’t it about time something was done about the “except”?

Could it be that the industrial robot that will rock the industry has yet to be created or even conceived of?

Could it be that such a revolutionary robot will arrive not as a human creation but rather the brainchild of artificial intelligence? 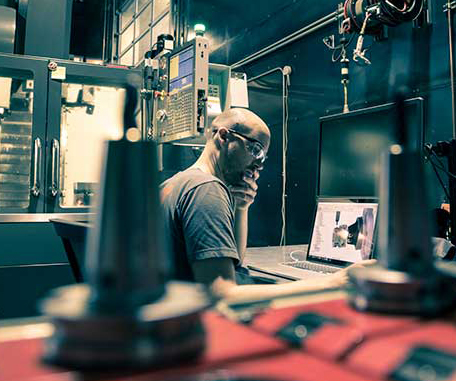 It was just a chat
A couple of years back, I had an opportunity to chat with Esben Østergaard (CTO & co-founder), the Danish engineer who revolutionized robotics with his Universal Robots line of cobots. Such an astounding breakthrough as his made me think, what next? Where will robot design go now? So I asked him what he thought.

Although his elegant and simple and brilliantly conceived machine is wildly revolutionary and turned robotics on its head, we agreed that a robot was just a motor with an arm. Basically, the machine has remained unchanged since George Devol’s original concept in the 1950s, which was finally realized in 1961 with the first industrial robot Unimate.

He readily agreed that the engineering on how a robot operates has remained unchanged, it was obsolete and in need of radical change.

I asked him, if there was one thing that could change robotics and send it in a completely new direction, what would that one thing be?

“Liquid steel,” he spat out without a moment of hesitation.

Wow! Liquid steel was an eye-opening answer to me. Wild, even. But Esben usually comes up with interesting robot talk when asked, and I had asked.

The larger question that his response prompted seemed even more profound. Here was a guy with countless lab hours designing and crafting his new-age robot, yet all the while realizing that the mechanics of his robot were obsolete, that the motors, gears, actuators, the inner workings of all robots were obsolete.

Maybe not only obsolete, but maybe robots had never advanced beyond Unimate’s kind. They were stuck in time.

The looming question then: If we’ve essentially parroted the Devol concept for the past fifty years, can we now break free from it? Are we able to? Is traditional robot mechatronics so ingrained in the technology that it would take a jolt of suprahuman insight to go to that place where Østergaard thinks robotics should be bound?

What about artificial intelligence (AI)? Could it intercede for us? Like an electron bound forever to the same orbit around its nucleus, can AI make robotics jump to the next orbit?

In the quest to reinvent the robot, could, for instance, deep learning take all existing robot designs and rework and simulate them millions and millions of times—maybe billions of times!—similar to the way AlphaGo taught itself to play Go in order to best Korean Go master Lee Sedol?

And, as in reinforcement learning, could it then take all of its new designs and simulations and match them against its own?

AI is not there yet, but AI directed toward designing new things to conceive of and design seems endlessly fascinating to consider.

What’s missing?
Manuela Veloso, head of the machine learning department at Carnegie Mellon University, envisions a future in which humans and intelligent systems are inseparable, bound together in a continual exchange of information and goals that she calls “symbiotic autonomy.”

From this continual exchange, she says, “these AI systems might at some point need information that the human did not provide. The AI system might realize that if I had just known this additional feature, it might help in giving you a better decision…What’s really interesting is when AI systems can recognize what they’re missing.”

Maybe slugging in what’s missing forces the moment at which the AI system spits out a totally new concept of a robot.

Or maybe “what’s missing” is that point in time when the human intercedes in the process to make it stop. Like move #78 in game four against AlphaGo (the only game that Sedol won), when Sedol understands enough of what AlphaGo is doing in order to defeat it.

Or maybe “what’s missing” is when the system discovers new robots on its own.

And what is it that AI has “conceived”?
What that new robot prototype will look like may well be at first shockingly unintelligible to its new masters. It may look nothing like any previous robot in existence. It may be totally biological or partially biological.

It may be some otherworldly looking universal machine that can manufacture anything: just feed it raw materials and out pops complete refrigerators in the morning, stoves in the afternoon and air conditioners during the night shift.

And maybe it even supplies its own energy.

Whatever it looks like or is capable of doing, it’s certain to wow its human masters.

It may even amaze Esben.

And who will lead?
It seems a pretty safe bet that leadership in AI-conceived robots will go to the leaders in AI. By country, there are three such AI leaders, none of which is known for making robots. In fact, two don’t make any, and the third doesn’t make enough. However, in the future, they may be world leaders in the manufacture of AI-designed robots.

It can be argued that those three are the U.S., the UK, and China. Japan, known in these pages as the Emperor of All Robots, currently lags in deep learning, but has a good chance to pull off a dark horse come from behind.