CES says bye-bye for now to the tens of thousands of people who, every early January, tramp the aisles to gawk in person at 4,500 booths stuffed with tech gear. Not this year, and maybe not forever. Well, forever is a long time, but still…

CES 2021 goes cyber
If the headline in the WSJ wasn’t shocking enough, The World’s Largest Tech Show Trades Las Vegas for Cyberspace, then the financial implications of that move are nothing short of staggering. 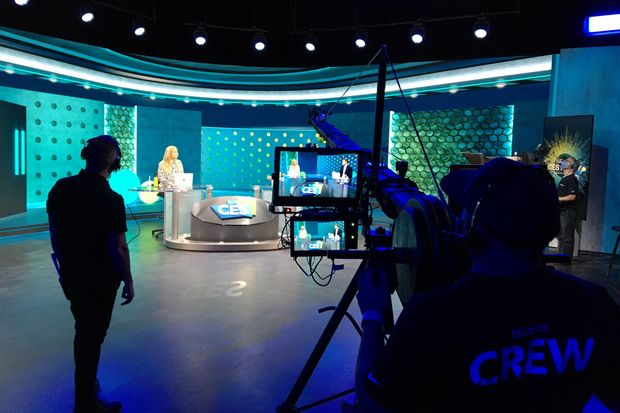 No 170,000 humans buzzing around the exhibits wearing their “paid for” event badges, and a severe booth-shearing of exhibitors from 4500 to 1500, turned the Vegas Strip into a dollar-starved wasteland of unsold CES chotchke. The economic impact of losing $291 million, according to the Las Vegas Convention and Visitors Authority, was a bitter pill to swallow.  Not to mention the airlines and the near ghost town called McCarron Airport.

“All of that spending has been lost this year, and ‘just when we need it the most,’” said Alan Feldman, a distinguished fellow at UNLV’s International Gaming Institute. ‘I can think of no other convention of the size and scope and impact of CES,’ he added.”

Back in February, a CNBC headline shouted out the numbers and the threat worldwide: Coronavirus fears are battering the $2.5 trillion trade show industry. $2.5 trillion! That’s more than the GDP of Italy.

With the World Health Organization looking at June to September 2021 for vaccines to offer some respite from the pandemic, and then thereafter to December as a tip-toe return to live events, major disruption is in the cards for every event producer.

CES, the big daddy of all tradeshows, wisely decided to go cyber for 2021. Gary Shapiro, president and CEO of the Consumer Technology Association (CTA), owner of CES, must be babbling in his sleep over lost revenue and battered prestige. And no Gary’s Book Club to boot! Yikes, what’s happening?

Disrupting the events industry
A year or two or three from now will tradeshows and conferences have reconvened their live offerings with throngs of attendees returning elbow to elbow at near-endless rows of exhibitor booths?

Or, will the pandemic have forever changed what it means to have an event?

Maybe a little bit of both? Maybe a lot of the latter?

Tradeshows, probably for the first time since the 1970s, have been disrupted beyond return. It’s looking more and more like the effects of plague-constrained events will be long lived; that words like cyber, remote, Zoom, and virtual will enter the event industry’s lexicon permanently.

Shapiro, in a Klaxoon interview in December, was resigned to the massive change as well as enthusiastic about new outcomes.  Expanding the CES footprint, enabling more people worldwide than ever to get to key notes and conference presentations without jet lag and without any financial sag, were big plusses for him. So much so, in fact, that he’s looking at a CES hybrid live/virtual event for 2022. If CES is going the hybrid route, most others will follow the CES model.

“The year 2020 was hard for live events. In fact, it was darn near impossible. In the weeks following March 13th, 2020, our company had almost every single event for 2020 cancel.

“We were faced with two choices: Close the business, or pivot.

See related:
The Future of the Trade Show Industry
Is the $2.5 trillion trade show industry too big to fail? Has COVID created online competition that will permanently disrupt, or maybe even doom, the future of “too big to fail” trade shows?

Basically, Only Samsung Showed Up

“We chose a fast pivot. Two weeks later we hosted our first virtual event, and we never looked back. By taking a completely new approach to how virtual events were conceived, marketed and delivered, our first three events revealed a huge a-ha moment.

“Those virtual live events were actually outperforming their in-person counterparts from the year prior in almost every way.”

It’s safe to say, I think, that the events biz would never even have contemplated such changes if not forced to by COVID. Events are lots of hard work and difficult to pull off; and no sooner is an event over when preparations must begin anew for the next year’s show.

As former editor in chief of Robotics Business Review, I was involved with the RoboBusiness event from 2012-2016, and RoboBusiness Europe (Genoa 2013). Preparing and executing RoboBusiness was non-stop tension for everyone involved; making changes to the event, even minor ones, was unthinkable.

Something really big would have to happen for events to change. COVID was it.

Saving scads of money on flights, hotels, and entertainment will put a smile on the face of every CFO; and your boss will gladly trade lost work because of business travel for a full-day’s work from you remote online from anywhere.

And for all of those with terminal angst over losing face-to-face events, lots of new and interesting and good alternatives are tumbling out from cyber conferences.

All of which would have never come to pass without the disruption from COVID.
See related:
Robotics Events Network
Should Robotics Events Have an Exclusive Online Network?As COVID drives live trade shows into an online-only existence, online trade shows begin to show promise for the robotics industry.

The first half of the first month of 2021 isn’t over, yet I’ve already had Zoom meetings in all twelve time zones. An impossible feat in the good old days—just nine months ago.

Where were the robots
Surprisingly, missing for the most part from the 2021 CES edition were robots. From 2011 onward, robots had been increasing their presence at the annual show, and in 2020 seemed to be everywhere.  One year even had a runway so as to showcase all the mobile critters at once.

The near-disappearance of robots cavorting at CES 2021 is striking. As CNET reported: “This year’s all-digital CES is a tough one for everyone involved, but it may be even harder if you’re a robot.”

Few robots were in attendance, and the ones there were totally unremarkable. Best of show seemed to be Samsung’s JetBot, an AI-enabled vacuum robot that can sense “poop” as well as use its camera to keep an eye on the homestead.

With the entire world sticking close to their living rooms throughout 2020, this year’s chance to showcase a cool housemate and functionally adept personal robot was there for the taking. None of any consequence showed up to grab the gold ring. So, it looks like Alexa is still queen of the household for yet another year.

Help Wanted: CES2022
More creativity and flair. More thinking like a TV special rather than an event. And to stoke the ratings just a bit, maybe a keynote on our electronic future by Edward Snowden. 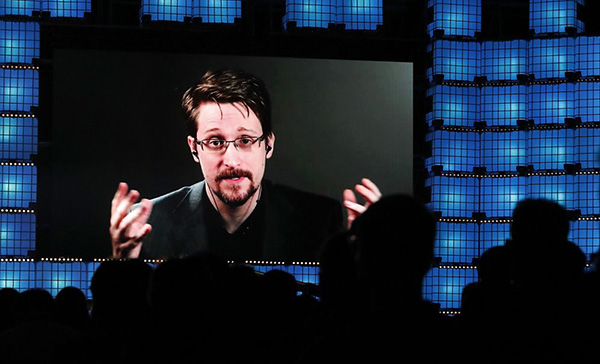