Down to the Sea in “Smart” Robots

From deep-sea rovers to digital clipper ships, surface and subsea builders race to introduce AI into their marine robots. Plus, National Science Foundation awards $53M for a global observation system of ocean-monitoring robots

Marine robotics was the first offering in our Careers in “Smart” Robotics column, and lately, lots of surface and subsea machines seem to be percolating up in this very lively and important career track.

Here are four snapshots of opportunities on the grow:

There are a lot of career and job-change options surging toward maritime robotics.

If you like fresh salt air, the sound of ocean swells, and a cold Corona at the beach, then do a little digging into maritime robotics and find yourself a home, maybe even a life’s calling. 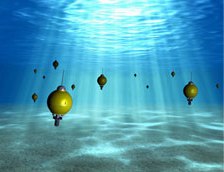 AI and robots at sea

With water covering some 71 percent of the Earth’s surface as oceans, inland seas, lakes, and rivers—and with most of it unexplored, little surveyed, and otherwise underutilized—a maritime career in “smart” robotics could well be a very wise choice for a lifetime of important work on behalf of the planet, its inhabitants, and one’s own bank account.

To get an idea of the scope of this workplace, if all of the Earth’s water were gathered together as a sphere, it would measure 860 miles in diameter—about the size of a small planet—and contain over 300 million cubic miles of liquid. That’s a lot of water…and a behemoth of a workplace.

Timing for such a maritime career choice couldn’t be better as digital transformation in this watery realm is already well underway, exposing evermore opportunities for totally new careers or for those seeking to reskill away from jobs on the wane.

Much of this new career track will involve the design, building, operation and maintenance of subsea and surface robots—autonomous maritime vehicles. And an ever-growing percentage of this fleet will possess enhanced capabilities enabled by artificial intelligence (AI). In short, “smart” maritime surface and subsea robots.

One obvious and necessary job for AI-enabled subsea robots is high-resolution mapping of the ocean floor. Although nearly all of the seafloor has been previously mapped, it’s all in low resolution. We’ve mapped the Moon at higher resolutions than Earth’s oceans.

If we want to know what’s down there, like precious metals, rare earths, and other minerals, or new marine life, or new biologics, or just new ways to lay undersea communications’ cables, hi-res mapping is a necessity, of which less than 5 percent exists. Hi-res mapping beneath 300 million cubic miles of water is an enormous job. Also, since you can’t map something that you can’t find, the autonomous surface and subsea navigation tech involved is equally important.

And once found and mapped and explored and discovered, what then? More autonomous technology will be needed to mine, collect, and otherwise extract the riches on sea floors miles beneath the ocean surface.

In toto, it’s collectively a multi-billion dollar set of new industries on the rise that will gainfully employ, educate, and enrich the people who work to make it all happen. And it’s all so new that its squeaky clean with opportunity.

As recent federal research, Revitalizing Coastal Shipping for Domestic Commerce, has reported: “In recent years, domestic shipborne commerce has lost much of its market to other modes. Although potential shipping routes run parallel to congested truck, railroad, and pipeline routes along the Atlantic and Pacific coasts and in the Great Lakes region, the volume of cargo carried by domestic ships has declined by 61 percent since 1960.

“Reviving coastal shipping would dramatically increase the capacity of the nation’s freight network. Moreover, some of the necessary infrastructure is largely in place, as many of the harbors the federal government dredges for deep-draft vessels currently have little or no ship traffic.” 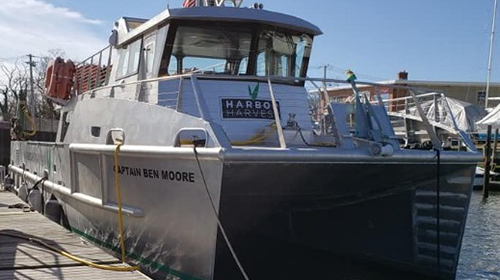 Taking the “dumb” out of dumb robots 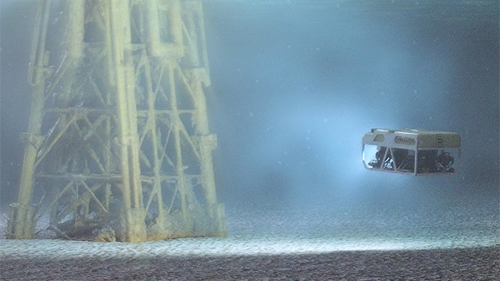 “Without AI, autonomous underwater robots are pretty dumb—able only to follow pipelines and cables in pre-programmed lines,” says Brian Allen, CEO of UK-based Rovco, a maker of subsea robots.

“Rovco is one of several looking to disrupt that market using artificial intelligence (AI) systems. They see a future where underwater robots, known as autonomous underwater vehicles (AUVs), will be able to do the surveying work without much human oversight, and send the data back to surveyors in the office.

“Rovco is working on key pieces of the technology. It has trained an AI system to recognize objects on the seabed from data collected at sea, a process which took four years.

“Adding AI means the data does not have to be analyzed by a human on the ship, or taken back to shore for assessment. That work is actually being done there and then by the AI, which can operate on the ship, or soon on the underwater robot itself.

“Enabling the AUV to analyze data in real time means you can actually instruct the robot to do other things. If you come across a problem, the survey can be stopped, and more data collected, with the robot making decisions for itself,” he says.

“The goal is for robots to survey underwater structures with minimal human oversight.

“For some jobs, like dismantling underwater oil and gas infrastructure, engineers need to know the exact dimensions and locations of the equipment.

“To help with this Rovco has also developed a vision system that produces accurate maps of underwater infrastructure.

“The system generates a 3D cloud of individual data points, a format used in modelling software like CAD. It combines those points with camera images to generate a realistic 3D reconstruction.

“Rovco is currently bringing together the vision system, the AI and the underwater vehicle into one package.”

“At the moment only six countries have a commercial-scale offshore wind power industry. In 10 years, the forecasts say that 20 countries will have joined that club.

“Last year 29 gigawatts of offshore wind capacity was connected to electricity grids around the world. In 2029 Wood Mackenzie forecasts that number will hit 180 gigawatts.

“That will involve building thousands of wind turbines and laying thousands of kilometers of cable to connect up those wind farms and all of that will need the services of underwater surveyors.

“Jake Tompkins, CEO of UK-based Modus, which owns a fleet of 12 unmanned underwater vehicles. Modus is about to start a two-year program with Durham University to develop an artificial intelligence control system that would allow some of its underwater vehicles to recognize their location, objects and anomalies during a survey.

“Using autonomous subsea robots to inspect underwater structures would be a ‘game changer’”, he says, and should ‘significantly’ cut costs. 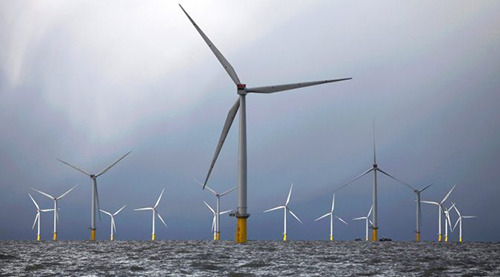 “He thinks it won’t be long before underwater robots will be stationed out at sea, perhaps at an offshore wind farm, or at an oil or gas facility.

“When needed, they will be awakened and sent to harvest data, which will be sent back to an onshore control center for processing.

“I think we’re probably two or so years away from the first commercial deployment of field-resident autonomous vehicles, but that is certainly where we are heading.

“There is a juicy prize for the firms that can make such intelligent underwater robots work. Over the next decade the offshore wind market is expected to see ‘quite extraordinary’ growth, according to Søren Lassen, head of offshore wind research at the consultancy Wood Mackenzie.

By 2029, much of that work at sea might be done by autonomous systems, with humans back at the office.”

And now for the completely daring and unusual…and visually stunning. Sweden-based Wallenius Marine has unveiled the Oceanbird — an innovative sailing cargo vessel that claims to reduce transatlantic travel emissions by 90 percent and is able to carry up to 7,000 cars. 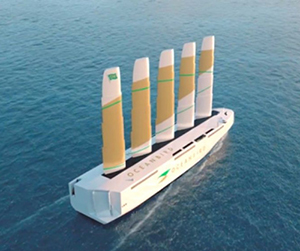 “Cargo ships are massive things that require an enormous amount of fuel and, in turn, produce tons of carbon dioxide. The mighty Oceanbird was cooked up to help with this problem.”

“Measuring 650 feet in length, 130 in width, and 328 meters in height, the boat has five unique wings which are reminiscent of those found on airplanes.

“A transatlantic crossing would take approximately 12 days, instead of the current 7 days it takes with a conventional freighter. An auxiliary engine, running on clean fuel, will be available as a backup and for getting in and out of harbors.

“The sails will be controlled by a series of sensors that go to a computer, which will use algorithms to best utilize the power of the wind. The shipping industry alone is responsible for two percent of all the fossil fuel emissions in the world.” A savings of 90 percent in fuel can go a long way at putting a sizeable hole in the ocean-going 2 percent.

Next port of call for Oceanbird is autonomy. If successful, Oceanbird tech can be married to the tech being constructed into the Norweigen-built Yara Birkeland, a 120-TEU open hatch container vessel, will be 80 meters long with a 15-meter beam, powered by a 7-MWh battery. The Yara Birkeland container ship will be the first fully autonomous, electric-propelled, zero-emission vessel.

NSF goes robot in a big way: $53M
In what will be one of the largest grants ever to ocean sciences, the National Science Foundation awarded a $53 million grant to be shared by four organizations: the Monterey Bay Aquarium Research Institute (MBARI); the UW; Scripps Institution of Oceanography; the Woods Hole Oceanographic Institution; and Princeton University. The consortium will build robotic ocean-monitoring floats to be distributed in oceans around the globe. 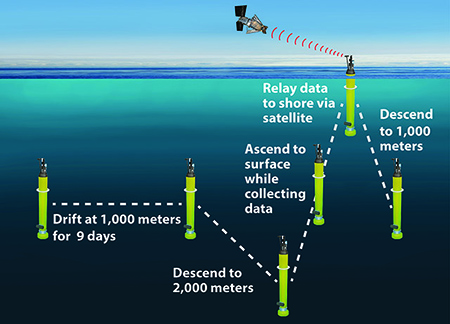 Stephen Riser, a UW professor of oceanography said: “It will allow us to create and deploy an ocean observing system that will operate for decades and will influence our ideas about the carbon cycle, in the same way that the basic Argo program has helped our understanding of the physics of ocean circulation.”

“This new network of floats, called the Global Ocean Biogeochemistry Array, or GO-BGC Array, will collect observations of ocean chemistry and biology from the surface to a depth of 2 kilometers, or 1.24 miles. When the floats rise every nine days to the surface, they will transmit data that will be made freely available to the public within a day of being collected for use by researchers, educators and policymakers around the world.

“The data will allow scientists to pursue fundamental questions about ocean ecosystems, observe ecosystem health and productivity, and monitor the elemental cycles of carbon, oxygen, and nitrogen in the ocean through all seasons of the year.”

There are a lot of career and job-change options surging toward maritime robotics. If you like fresh salt air, the sound of ocean swells, and a cold Corona at the beach, then do a little digging into maritime robotics and find yourself a home, maybe even a life’s calling.