New Column: Do Yourself a Favor

Career Idea #1: Go to Sea with an Ocean-Going Robot

32 AI-powered jobs in robotics that are going mainstream. Get one!

The first in our newly-launched series that examines the future of 32 AI-powered jobs in robotics that are going mainstream.
Do Yourself a Favor. Take a look, spend some time, dig around at this as a career for you.

The USV Maxlimer: Won $4 million of the $7 million Shell Ocean Discovery XPRIZE; and then hit the marketplace where good fortune awaited.

Fugro, one of the world’s biggest marine geotechnical companies, announced a contract to purchase a fleet of USV ocean-going robots to use in survey work in the oil, gas and offshore wind sectors.

BBC: The 12 meter Uncrewed Surface Vessel (USV) Maxlimer has completed a 22-day-long mission to map an area of seafloor in the Atlantic.

SEA-KIT International, which developed the craft, “skippered” the entire outing via satellite from its base in Tollesbury in eastern England.

The mission was part-funded by the European Space Agency.

Robot boats promise a dramatic change in the way we work at sea. 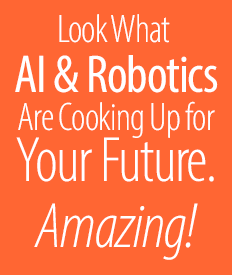 Already, many of the big survey companies that run traditional crewed vessels have started to invest heavily in the new, remotely operated technologies. Freight companies are also acknowledging the cost advantages that will come from running robot ships.

But “over-the-horizon” control has to show it’s practical and safe if it’s to gain wide acceptance. Hence, the demonstration from Maxlimer.

The USV was dispatched from Plymouth in late July and sent to a location some 460km (280 miles) to the south-west.

With a multi-beam echo-sounder attached to its hull, the boat mapped more than 1,000sq km of continental shelf area, down to about a kilometer in depth.

This was a segment of seafloor that had essentially no modern data registered with the UK Hydrographic Office.

SEA-KIT had wanted to send the USV across the Atlantic to America for the demonstration, but the COVID-19 crisis made this impossible to organize.

“The project’s overall aim was to demonstrate the capabilities of current technologies to survey unexplored or inadequately surveyed ocean frontiers and despite the planning challenges we faced due to COVID-19, I feel that we have done that. We have proven the true over-the-horizon capability of our USV design and the team are exhausted but elated,” the company’s director of technology, Peter Walker, said.

This was a competition to find the next-generation technologies that could be used to map the global ocean floor. Four-fifths of the sea bottom have yet to be surveyed to an acceptable resolution. Robotic solutions will be essential if we’re to have any chance of closing the knowledge gap.

Maxlimer makes use of a communications and control system known as Global Situational Awareness via Internet.

This allows an operator to remotely access CCTV footage, thermal imaging and radar through the vessel, as well as listen live to the USV’s surroundings and even communicate with others in the vicinity.

See all 32 AI-powered jobs in robotics.
Find one you like! 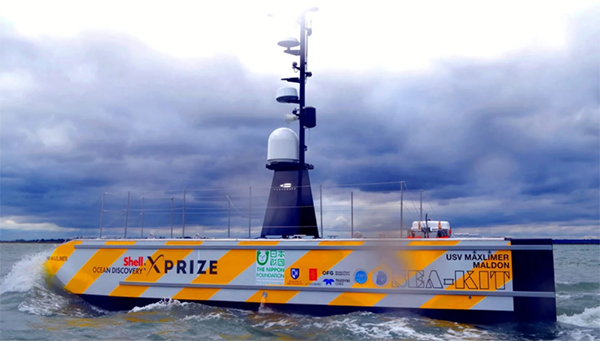 Maxlimer links to three independent satellite systems to stay in contact with the control room in Tollesbury.

The robot boat moves slowly, at up to 4 knots (7km/h; 5mph), but its hybrid diesel-electric propulsion system is highly efficient.

SEA-KIT CEO and designer, Ben Simpson, told BBC News: “We had a sweepstakes on how much fuel would be left in the tank. We thought there was going to be 300-400 liters. It turned out there was 1,300 liters.” In other words, Maxlimer returned to Plymouth with its fuel tank still around a third full.

Another partner was Fugro, one of the world’s biggest marine geotechnical companies. The multinational recently announced a contract with SEA-KIT to purchase a fleet of USVs to use in survey work in the oil, gas and offshore wind sectors

Many thanks to the BBC for providing the story 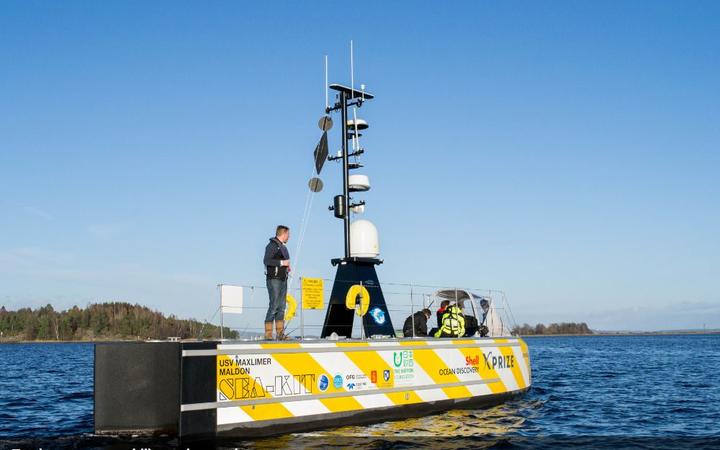 Maxlimer is a product of SEA-KIT, a maritime tech company based in southeast England. Eyeing potentially lucrative contracts supporting offshore oil and gas drilling, SEA-KIT aimed to produce a flexible ship that’s cheaper and safer than manned ships are.

With no need to support a human crew, a robotic support ship could devote more space to equipment, including a flotilla of smaller drone boats and submarines that it can launch and retrieve.

Since it doesn’t get hungry, tired, or sick, it could sail at a leisurely eight miles per hour until it runs out of fuel, potentially nine months at a stretch.

Maxlimer is “almost like a utility pickup vehicle of the sea,” SEA-KIT managing director Ben Simpson said. “It’s robust, it’s adaptable, it’s got a huge range.” It can carry 2 1/2 tons of cargo.

“This is a game-changer when it comes to the carbon footprint and environmental impact of these operations.”

Starting in 2016, SEA-KIT worked with a U.K. shipbuilder to produce Maxlimer’s aluminum hull. A Norwegian defense firm provided the electronics for remote control. In the crowded waters of a port, a human operator remotely steers Maxlimer via radio. On the open ocean, it autonomously follows GPS signals.

Maxlimer launched in 2017 and spent a couple years in testing. The results were encouraging.

In May 2019 the Maxlimer team snagged the Shell Ocean Discovery X-Prize, a $4 million award for the best ocean-mapping technology.