"Seven months on, he’s a celebrity!"

How do we get to next? Dr. Albert Hu navigates the crosscurrents of artificial intelligence and machine learning (AI/ML)

Pausing a bit before hurtling on again
Back in February, we were announcing his arrival: “Please join us in welcoming Dr. Albert Hu to Asian Robotics Review. The good doctor is our new columnist for a new column that’s popping with fresh ideas and clever insights on our equally fresh new world of artificial intelligence and machine learning (AI/ML).”

Seven months on, he’s a celebrity. Thousands of our readers have discovered Dr. WHu, like what they see, and keep coming back for more. The good doctor has definitely struck a chord with one and all that has grown stronger these last few months.

Here’s a look back. We call it the Dr. WHu Sampler:

AI/ML is an atomic bomb in the economy.  It has detonated and the shock wave is now pushing the knowledge divide even wider.

If one thinks the internet has created a divide, this new divide can be bigger for not only the blue-collar but also the white-collar workers.

New Column, New Columnist
Dr. Hu on Artificial Intelligence & Machine Learning
How do we get to next? Dr. Albert Hu navigates the crosscurrents of artificial intelligence and machine learning (AI/ML).

A society divided is not just and is not stable.  I am doing my share of civic duty.  I am learning and observing.  I hope I can come up with some useful solutions using the power of AI/ML itself to mitigate the after-shock of AI/ML detonation.

The difference between tier-one and tier-two, between experienced and semi-experienced AI/ML talents is astounding.

The ethical use of AI is of paramount importance to the world.  Neuroscientists and experimental psychologists have found evidence supporting that deontological ethics, consequentialist ethics and the balancing of these two kinds of ethics are associated with three specific anatomical regions of the human brain.

AI ethics scientists have made significant progress in recent years with the use of CP-nets and soft constrains, algorithmic-wise.

In the meantime, cognitive psychologists and behavior economists have demonstrated that human beings have many built-in cognitive biases.

Human beings make irrational decisions shockingly more often than they think.  It has been proven time and again that we often do not decide rationally in manners consistent with von Neumann-Morgenstern (or VNM) utility axioms.  Worse, we just do not believe we have biases in cognition and decision making.  In Salem, Massachusetts, barely three hundred years ago, the town hung 19 of their own sisters and daughters after a series of fact-finding hearings, prosecutions, and deliberations.

How about corporate ethics decisions?  In coming issues, I will talk about why Harvard and MIT’s research in this area is of epochal importance to our future…

“All these tie back to Claude Shannon, where else but a math professor at MIT; and the variational Hamiltonian operator linking feature extraction by neuro-network algorithms from a set of complex data (videos, natural languages, playing GO,…) to the lowest-energy functioning of wet neuro-network, the human brain.

Computer coding and engineering of AI/ML algorithms is not the biggest challenge.  The holy grail is the foundational science; the bio-neuro and psycho-social self-knowledge; and the meaning we human beings have both derived and imparted in the history of civilization.  This is beyond algorithms. 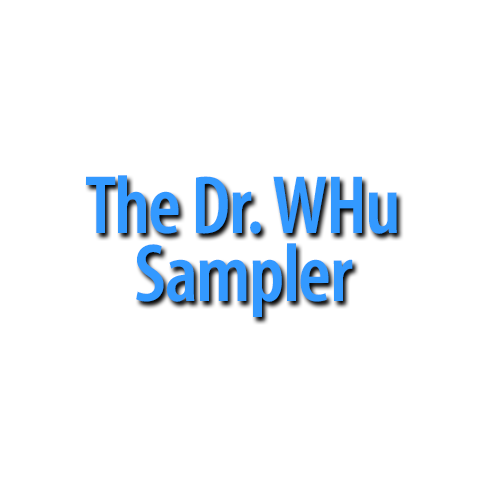 Dr. Albert Hu received his executive management training in growth management and in influence strategy from Stanford’s Graduate School of Business.  Dr. Hu’s PhD work at MIT turned out to be machine learning (ML) using Bayesian epistemology framework.  That work has impacted the global semiconductor industry, and its IEEE publication is now the most cited article according to Google Scholar in its field in the past 25 years.

Dr. Hu was also the founder, CEO, and board director of a venture capital- and semiconductor industry-funded startup in Silicon Valley. Dr. Hu has observed with great interest that today’s robots converse like a human, bi-pedal like a human, and can beat a human in GO (a game of strategy). What is ahead for us with AI/ML?

AI/ML…you cannot afford to not have it!
The Great Corporate AI Arms Race
Marcus Aurelius-esque commitment and judgment is critical to successful deployment. There is no substitute for human leadership.

Furthermore, if your implementation is inferior, the false successes could be as bad or even worse.  It gives the management team false confidence.  They do not know their competitors’ better working models and workflow have led to 2.6% better efficiency per day.

Given the finite resources in capital and time, a bad implementation can sink the boat, without the second chance.  You cannot afford to mis-deploy nor under-deploy it; your company could soon become irrelevant.

For lack of better analogy, AI/ML is like the atomic bomb in the 21st century’s business world.  You cannot afford to not have it.  The decision on how to use it, if one reads the biographies of all involved, rests on a lot of navel-gazing…

Executives often do not know what to expect from AI/ML deployment.  Coding alone is not deployment.  In fact, AI/ML is based more on high school probability and statistics.

Do not let fancy terms of AI/ML tools, the “7 – Steps”, threw you off.  Executives and Subject Matter Experts (SMEs) need to be in the trench with the general data professionals.  You share your business insight from the “real world.”  The AI/ML team develops the working models from the data.  Both sides must sit down to compare the business insight and the predictions from the model, and to find creative ways to take advantage of the new capability.

At least three trends merged together to birth this new world: one is that we are likely to live with COVID and other bio-medical black swans not in quarters but in years to come, including advancements in longevity and cancer-fighting technologies;  the second is the evolution-turned-revolution progress in digitization, machine learning (ML) and artificial intelligence (AI); and the third is the changes in social ethos set in motion by events such as Black Lives Matter (BLM).

To leaders who are tasked by stakeholders to grow the organizations, AI and other digital tools are now indispensable in their leading the charge.

Leaders today are obligated to choose judiciously the AI/ML tools to acquire and the talents to invest in, while recognizing and influencing the new world we are already in, without self-delusion.

Let us start by looking at the top six industry sectors in the new world projected into the future.  They are semiconductor, pharmaceuticals, personal products, software, technology hardware, and media.

AI, Ethics, and Leadership in the New World

“Excellence in both teaching and learning continues to be homo sapiens secret to beating the evolutionary odds.” —Dr. WHu

Leadership today is grounded even more on moral authority, in addition to organizational authority and abidance by laws and regulations. In a 24-7 connected world, the mere perception of non-ethical conduct can cause irreparable damage to reputations of corporates or individuals.

Philosophers, moral psychologist, decision science researchers, and business ethicists have examined various facets of this case. Difficulty of ethical decision making then and there was exacerbated by the ‘fog of decision’ due to incomplete set of necessary data, the unknown knock-on effects, and the ambiguous guideline in this scenario. A decision had to be made, under risk and under uncertainty.Was the dispatcher’s decision ethical?  What would you do if you were the dispatcher? If the Metrolink train was in the yard and had only one passenger, would you have shunted the cars? What if there were 15 passengers in the Metrolink train, would you have decided differently?