Dr. WHu returns for August with a New World

He’s back with us for August, and we’re thrilled. Dr Albert Hu is our storytelling eyes and ears into the brave new world of artificial intelligence (AI) and machine learning (ML). He’s like having one’s own trusty Fodor’s guide to AI/ML in your hip pocket.
CONTACT: DR. WHU

We are now in a new world
At least three trends merged together to birth this new world: one is that we are likely to live with COVID and other bio-medical black swans not in quarters but in years to come, including advancements in longevity and cancer-fighting technologies;  the second is the evolution-turned-revolution progress in digitization, machine learning (ML) and artificial intelligence (AI); and the third is the changes in social ethos set in motion by events such as Black Lives Matter (BLM).

To leaders who are tasked by stakeholders to grow the organizations, AI and other digital tools are now indispensable in their leading the charge.  Leaders today are obligated to choose judiciously the AI/ML tools to acquire and the talents to invest in, while recognizing and influencing the new world we are already in, without self-delusion.

Let us start by looking at the top six industry sectors in the new world projected into the future.  They are semiconductor, pharmaceuticals, personal products, software, technology hardware, and media. Of the six, semiconductor, software, technology hardware and media are associated with the digitization of our work and personal lives.  Pharmaceuticals and personal products are associated with our physical lives and well-being. 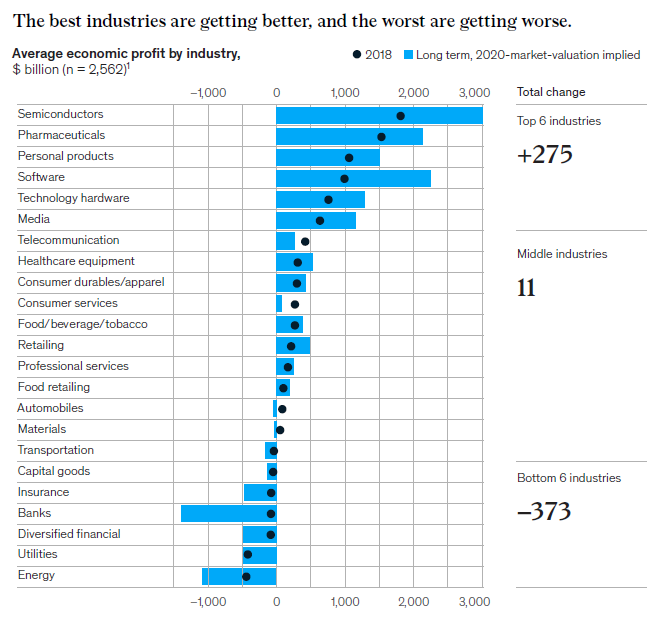 The semiconductor industry ranks the first.  Let us call this the overwhelming physical evidence on the virtualization of our world.  Our lives, both work and personal, are turning digital in this new world.  Digitization has not been an automatic guarantee for immediate ROI, but lack of digitization is sure to render any organization irrelevant in the new world.

The evolutionary progression of semiconductor chips, Cloud-everything, ML and AI algorithms, have turned revolutionary.   Concurrent with the publication of this column, the latest AI technology has demonstrated its capability to write poems, all styles of literature, and even to code.

Many commented that its writing is creative and witty, in addition to being almost indistinguishable from human writing.  A more down-to-earth assessment is that, used as a chatbot for customer support, it is as good as a human being.  Most of all, in addition to the quality, AI chatbot can work for your organization 24-hours a day non-stop, and, surreally, chat with thousands of customers concurrently.  AI chatbot works like a thousand face Sitatapatra Buddha.

All this, eventually, will cost us but a few pieces of semiconductor chips and, then, nothing.

This new world is full of unknown unknowns, and the effect of which can be stochastic and nonlinear.  The butterfly chaotic effect is best illustrated by the single incidence that has led to BLM rising above the background noise, which then impacted the ethos of the entire society.

Data points in a time of extreme change are new, few and full of uncertainty.  Models for the new world are only as good as the data points. There have been several significant progresses in AI and ML tools in recent years, in time for use in the new world.  Experienced AI/ML and decision science professionals are using new data and new tools, in response to Knightian uncertainty and Shannon uncertainty in the new world, to delimit the associated epistemic and aleatoric issues in model building.

In the new world, leaders need to decide on a few issues wisely and with alacrity.  One is the workforce that has been displaced by this digital transformation.  This is particularly important when tens of millions will go from temporary furlough to unemployment.  This transformation is particularly brutal to the white-collar middle class.   Many are mid-career and middle-aged.  Reskilling and upskilling them effectively is important to any organization and to their leaders.

Another is that digital giants monopolizing the new digital world; this is the 21st century version of robber barons monopolizing the resources in the physical world.  This will become deeply unjust, if not already, to the society as we become digital.  Leaders of today’s digital ventures and organizations already know that they have to pay to get noticed in the ecology controlled by the mega-platforms  while regulatory statutes and agencies are still playing catch up in this new world.

Yet another is that, without delusion, we have all but willingly given up our privacy in this new world.  We want our privacy and do have some strong legal protections.  In the meantime, think about the ubiquitous telescreens, newspeak, perpetual wars, and mass surveillance.  Are we sure we are not living, willingly, in the world of 1984 now?

First in the fight against terrorism, we gave up significant privacy rights; for free services from monopolizing digital giants, we gave up even more willingly and, dare we say, happily; for national security, fighting yet other enemies, we unknowingly gave up so much because we trust our governments will protect our privacy without any data breaches.

Finally, for our own very lives, due to the threat of the contagious COVID-19, we give up even more from whatever little we still have.  Now, there are still more new threats and new enemies ahead.  Legislations for privacy are good and absolutely needed.  But still remember that everywhere we go today, there are video cameras.

AI algorithms are poring over the gazillion tons of videos every millisecond.   ML and AI are now essential; yet even before leaders put AI/ML to work, they will face front and center the issues of moral values, ethical principles, and safety constraints.

In this new world, leaders first need to lead on what is right, in its two meanings: 1. moral just or good, and 2. a just claim or entitlement.  Like privacy issues, this requires fundamental examination by both leaders and followers.

For example, to reopen or not, in its most simplistic form, has to do with either one dies of hunger or one dies of COVID.  Mask wearing, my personal right versus others’ rights to safety.   In the book Grant Learning (大學); after the first three epistemic steps we have (4). 正心 (zengxing; moral intent and ethical principles) and (5). 修身 (xiushen; self-cultivation for civil behavior).

How to choose the AI and digital tools in order to lead and be relevant in the new world?

What Yuval Harari  wrote in Financial Times is a good hint, “…Asking people to choose between privacy and health is, in fact, the very root of the problem. Because this is a false choice. We can and should enjoy both privacy and health. We can choose to protect our health and stop the coronavirus epidemic not by instituting totalitarian surveillance regimes, but rather by empowering citizens.

“In recent weeks, some of the most successful efforts to contain the coronavirus epidemic were orchestrated by South Korea, Taiwan and Singapore. While these countries have made some use of tracking applications, they have relied far more on extensive testing, on honest reporting, and on the willing co-operation of a well-informed public. “

In other words, these Far Eastern countries have civil societies.  They are the ones that Confucius had advocated.  His unassuming language and insight millennia ago are now saving hundreds of thousands of lives in the 21st century.  A civil society is one that has critically examined moral values and fundamental rights of the individual versus the collective.

During the Age of Enlightenment, political and moral philosophers Jean-Jacques Rousseau, David Hume, Adam Smith, and Immanuel Kant have succeeded brilliantly in this examination.

The current work on AI and Ethics is important to leaders in the new world.  AI and digital tools should be developed, acquired, and deployed in manners to further civil societies.  Studies have shown that people trust more in machine’s decisions in many situations.  Works at MIT and Harvard by leading cognitive neuroscientists, psychologists, ethicists, and AI experts play an important role in guiding our moral decision in the new world.

Without self-delusion, leaders in a tribe, in an organization, and in a nation, should define what this new world should be, and influence others to shape the new world to be a civil one.  For this purpose, they choose the AI weapons and lead their compatriots to the digital battle ground, the same way ancient homo sapiens’ leaders picked up the stone axes and led their tribesmen to the prairie battle ground.

AI/ML…you cannot afford not to have it!
The Great Corporate AI Arms Race
Marcus Aurelius-esque commitment and judgment is critical to successful deployment. There is no substitute for human leadership.