Why Is AI Important for Asian Automation?

Can Asia’s Industrial Internet of Things and its robot-driven Factories of the Future succeed without Artificial Intelligence (AI)?​

“Man-computer symbiosis is an expected development in cooperative interaction between men and electronic computers.
It will involve very close coupling between the human and the electronic members of the partnership.”
—J. C. R. Licklider Man-Computer Symbiosis (1960)​

White stones or black?
The troika of East Asian tech giants—Korea, Japan, and China—will not repeat what Lee Sedol, the Korean Go master, did vying against  AlphaGo, namely, to underestimate artificial intelligence (AI).

He told the press that he’d win in a landslide. He didn’t by a longshot; he lost four games to one. AlphaGo got the landslide.

That Lee won a single match surprised more than a few in the AI community. Especially since the AlphaGo’s algorithm had practiced by playing hundreds of millions of games before besting Lee.  Lee in a lifetime had played but a fraction of that.

Gary Marcus, a neuroscientist at New York University in New York City, was complimentary of Lee’s effort, but not surprised at the outcome: “It’s impressive that a human can use a much smaller quantity of data to pick up a pattern. Probably, humans are much faster learners than computers.”

Korea, Japan, and China know that the Industrial Internet of Things with its armies of robots wrapped in automation systems with billions and billions of sensors liberally sprinkled throughout will need some overarching intelligent system for optimization and to scale.

In short, each needs the best brain running its national automation machine. A less than able machine intelligence running a Factory of the Future might compromise otherwise brilliant and costly automation technology.

At play here are not billions but trillions of dollars, where advantage goes to whoever gets that best brain up and running on its IIoT. To falter in pursuit of that goal, or worse, to be left behind, is unthinkable.

Imagine the Tokyo Olympics of 2020, at which Prime Minister Abe plans to showcase Japan’s world leadership in robotics, if across the Sea of Japan sits China with the best industrial AI on the planet. Or, the reverse in Japan’s favor, at Beijing’s Winter Olympics in 2022. A definite buzz kill for either country.

And like the race to the Factory of the Future, both have a superb chance for world leadership within their grasp.

Lee Sedol achieved his only win when playing the white stones, which move second to black’s first. A win playing the black stones would have been more valuable, he told the press.

As Wired commented on Lee’s win: “It showed that although machines are now capable of moments of genius, humans have hardly lost the ability to generate their own transcendent moments.”

Transcendent moments are what the humans guiding Korea, Japan, and China, will be trying to emulate: move first and stay ahead. Since 2014, each of the three has been moving its stones, albeit slowly, toward a rendezvous with AI, each hoping to take best advantage of the technology in order to attain its nation’s goals in manufacturing.

AI’s “big bang” of 2012
Alex Krizhevsky of the University of Toronto started AI on its fast track to neural net dominance when he built AlexNet, the first deep neural network that automatically learned—in just a few days—to recognize images from one million examples. Also in 2012, Stanford’s Andrew Ng and his team, knowing that the larger the network the larger the brain, built a bigger brain so that it could learn more.

The race was on! 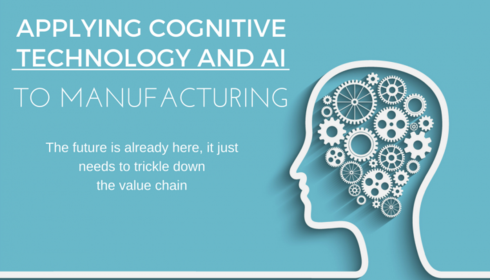 By 2014, everyone knew that neural networks powering over GPUs were the real deal. Each member of the East Asian troika was at that time trying to escalate its own IIoT automation capabilities, and artificial intelligence, especially with the discovery of neural nets, was just the next logical implementation of building out smart factories.

The Krizhevsky/Ng AI system utilizes a neural network similar to the way the human brain operates “in which connections between layers of simulated neurons strengthen on the basis of experience,” writesElizabeth Gibney in Nature. AlphaGo “learned by first studying 30 million Go positions from human games and then improving by playing itself over and over again, a technique known as reinforcement learning.” It would play millions more before meeting up with Lee.

AlphaGo’s developers (DeepMind Technologies) then added a ‘look-ahead search’ capability, in which AlphaGo “explores the consequences of playing promising moves and uses that to decide which one to pick.”

“The improvement was largely down to the fact that the more AlphaGo plays, the better it gets, says Miles Brundage, a social scientist at Arizona State University in Tempe, who studies trends in AI.

If AlphaGo gets better the more it plays, does the corollary hold true for a factory the more it manufactures?

Human and machine: Move 78 showed the way
Lee won his only game against AlphaGo with “Move 78” in game four—a wedge play in the middle of the board; a one-in-ten-thousand chance move that AlphaGo didn’t think a human would ever make. It was a master stroke that Lee thought about for thirty minutes before making the move. AlphaGo folded. Lee won game four.

Those thirty minutes afforded a chance for the human to think back over his first three defeats to gather together what he’d learned from the machine.

“Commentator and nine dan Go player Michael Redmond called Lee Sedol’s move brilliant: “It took me by surprise. I’m sure that it would take most opponents by surprise. I think it took AlphaGo by surprise.”

The key question asked by Cade Metz in the Wired article holds vast importance for machines and humans in manufacturing.

Metz asks: “If Lee Sedol hadn’t played those first three games against AlphaGo, would he have found God’s Touch [Move 78]? The machine that defeated him had also helped him find the way.”

Can humans similarly apply a Move 78 to the AI that powers the processes in future factories? While working together with the fantastical machines of the future, will humans learn from these machines the critical junctures at which to intercede in order to leap forward at innovating the process?

If so, manufacturing and continuous innovation will both be equally served on the same factory floor: Goodbye, ‘Shanzhai’; Hello, ‘Real’ Innovation​​. Asia will have leapfrogged the innovation process: the future development site for all of automation will not be in some distant laboratory working out theory on prototypes, rather, innovation will take place directly on the factory floor and in real time.

Peering over the Go board and readying his hand to make Move 78, Lee wedged humans into a symbiotic relationship where AI helped to solve a problem.

If Asia, as it now seems to be growing more apparent, is the frontline of the Fourth Industrial Revolution, then maybe human-machine symbiosis will be its first great discovery.