It had all started so suddenly in 2017
1H2017 was the countdown we had all been waiting to hear. Give Japan and China all the credit for getting things off the ground in a very big way.

The semi-long-awaited liftoff of industrial robotics is happening again in 2020.

Research Shows Need for Smart Grippers to Skyrocket: $2.9B by 2023
Need for smart grippers is announcing itself as end users employ cobots in an ever-expanding diversity of jobs.

Use of robots in the industrial space has taken off significantly, as end-user demand for multi-tasking and instant changeovers has intensified over the years.

Robots are penetrating into multiple industrial ecosystems, often operating alongside humans, in the form of collaborative robots (otherwise known as cobots). With the increasing deployment of robots, industrial ecosystems are also seeking effective robotic end- of-arm tooling (EOATs) to equip the robots with desired functionalities.

Order Fulfilment in E-commerce sector is the biggest factor driving the adoption of warehouse automation technologies. 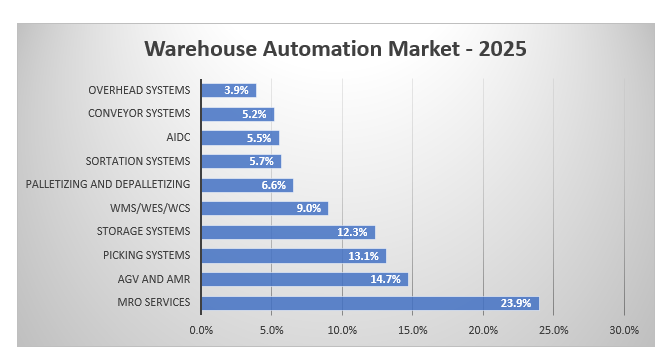