Is Thailand Next to Go Digital? Sure Looks That Way

Investment, infrastructure, new-tech automation, and digital living converge in the Land of Sanuk 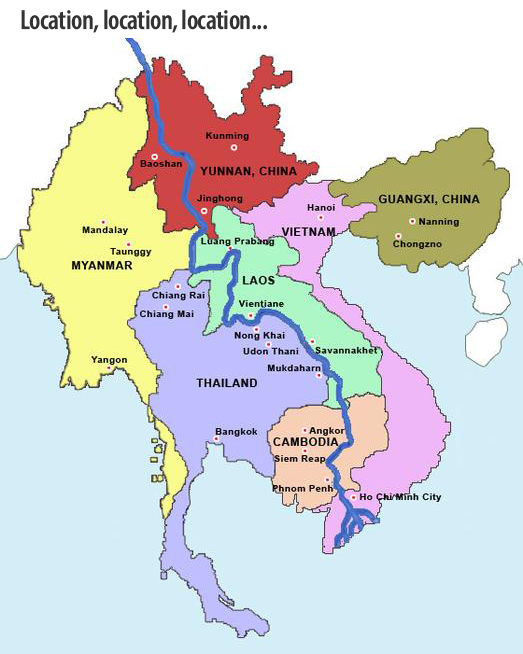 Automation dominoes
Look at any map of Southeast Asia and the obvious, strategic importance of Thailand stares back up at you, sitting very comfortably as it does nestled up against the borders of Cambodia, Laos, and Myanmar.

Follow the money
Foreign Direct Investment (FDI): “Southeast Asia was the world’s “main FDI growth engine” last year, according to United Nations Conference on Trade and Development (UNCTAD), with inflows up 11% to a record $145 billion. Not only did FDI in the region top that of Europe, it was slightly more than what China received and almost three times as much as South Asia.

“Thailand — long a draw for manufacturing investors — pulled in $11 billion last year, nearly four times as much as the previous year.”—Nikkei Asian Review

Location matters
About the size of Spain and boasting a population of 69 million, Thailand is a modern, highly industrialized dynamo with an excellent infrastructure for transportation, power, and water. Other than water from the four great rivers that wash through Cambodia, Laos, and Myanmar, each is light years away from being an industrial dynamo or having anything remotely resembling a satisfactory transportation system.

All four, however, have and will continue to have a remarkable growing need for automation, especially an appetite for robots.

A sense of Thailand’s future robot growth can be seen in its most automated, robot-intensive industry: vehicle production. Thailand’s vehicle production of 1.92 million units (better than either UK or France; best in the ASEAN), utilizes fewer robots at Thai factories than the same plants use in their home countries. For example, “Mitsubishi’s plants in Japan, robots do about 90 percent of the welding. In Thailand, 40 percent.” The reason given by automakers is that wages in Thailand are one-fifth of those in the home country, so they employ more human workers on the auto lines.

However, vehicle sales in the burgeoning ASEAN middle class are “expected to climb 53 percent” by 2020 and humans, regardless of the number of low-wage workers employed, will not be able to keep up with the production demands of speed and quality. Robot deployments will rise, like filling the difference between welding at 90 percent as opposed to 40 percent.

With Thailand importing 4,000 robots in 2017 (world’s 8th overall leader) and with 64 percent of those robots going to the automotive, electrical, and electronics industries, two things are immediately made clear: 1. Automotive is going to add many more robots to replace humans on production lines; and 2. The balance of 1400-plus robots deployed for industries other than automotive, electrical, and electronics are way not enough for a country with a GDP of $455-plus billion (2017). Sales for 2020 are projected to reach 5,000.

According to the Thailand Institute of Field Robotics (FIBO), some $8.3 billion is spent annually on importing automation and robotics gear. The three highest in demand are: conveyer systems; computer numerical controls (CNCs), robots, automated storage and retrieval systems (ASRS); and high precision machines.

Next moves
To its credit, Thailand is moving on multiple fronts to push automation ahead.

Nikkei Asian Review reports Thailand is putting $44 billion into an Eastern Economic Corridor or EEC (roughly from Rayong to Chonburi) spearheaded by Prime Minister Prayut Chan-o-cha with the “hopes to attract information technology, robotics, biomedicine and other high-tech industries to the corridor by doling out business and tax incentives.”

The government is aiming for an initial investment of $362 million in 2019, expanding to $6 billion over the next five years.

OK, so far so good. A stage is being set for the importation and assembly of many more robots and automation tech. 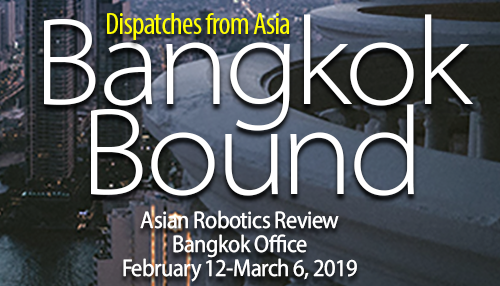 In early June 2017, Deputy Prime Minister Somkid Jatusripitak and three other Thai ministers nipped off to Tokyo to drum up Japanese support (there are over 5,000 Japanese companies in Thailand). In fact, Japan is Thailand’s largest source of foreign direct investment (FDI).  Deputy Prime Minister Jatusripitak and his three colleagues went looking for more. Organized by the Japan External Trade Organization (JETRO), 1,000 attendees attended and listened to Jatusripitak say that “Thailand is determined to develop the next generation industry.”

The message worked, the Thai delegation left with a MOU to assist with the EEC. “According to a survey in which JETRO Bangkok queried 48 major Japanese companies with investments in Thailand, 53.6% of the respondents said they see the corridor as strategically important to their businesses. Close to 80% said they consider the corridor’s inducements to be effective.”

Nice, support from powerful allies who are already vested in the Thai economy.

The Eastern Economic Corridor and Thailand’s launch into Thailand 4.0 are off to an impressive start, if momentum can be maintained.

And if you are Cambodia, Laos, Myanmar, with a powerful neighbor going digital like Thailand 4.0, well, that’s a good thing. If you are Vietnam, with an already burgeoning economy, having Thailand as a nearby resource could make all the difference. Digital sprawl has a habit, sooner rather than later, of spreading into new markets in search of lots of new consumers.

Cambodia, Laos, and Myanmar are a combined 76 million people…16 million more than the population of Thailand. Doubling its consumer base should be epic incentive for Thailand! But, can and will Thailand deliver?

$321B in ASEAN Infrastructure Funding to Drive Automation
May well be the jewel in the crown of Asia’s future.