$321B in ASEAN Infrastructure Funding to Drive Automation 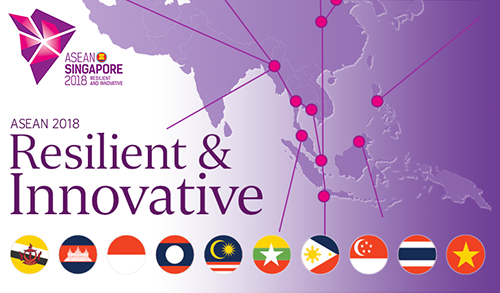 ASEAN remedy
Is Southeast Asia the answer to East Asia’s needy economies? Sure looks that way; and it may well be the jewel in the crown of Asia’s future.

For Korea and Japan, success in the ASEAN is a necessity.

See: Japan Gets Cozy with Thailand

The World Economic Outlook report by the International Monetary Fund “forecasts stable growth for the five major ASEAN nations of Indonesia, Malaysia, the Philippines, Thailand and Vietnam, with growth of 5.3 percent in 2018 and 5.4 percent in 2019.”

Additionally, January’s move by the ASEAN to abolish nearly all tariffs in the 10-member bloc is spurring private equity; investment that nearly tripled to $23.5 billion in 2017 and looks to skyrocket in 2018 and beyond.

Factoids: Southeast Asia
Southeast Asia has been growing rapidly in the past five years. “The region’s combined gross domestic product (GDP) is $2.4 trillion… the seventh-largest economy in the world and is forecast to jump to fourth by 2050.”

Along the way to 2050, Southeast Asia is predicted to grow further as 60 million new people enter the ASEAN workforce. In addition, mass urbanization will also take place with 90 million people predicted to have migrated to urban areas as early as 2030.

As a result of this exponential growth, the Asian Development Bank’s Meeting Asia’s Infrastructure Needs, forecasts the ASEAN nations needing $3 trillion in infrastructure investment between 2016 and 2030. That’s a lot of money! About equal to a year’s worth of the total GDP for the ASEAN.

The Asian Development Bank (ADB) reckons that it’ll about 2.5 percent of each country’s annual GDP to build out what needs to be built out by 2050. Interestingly, if not for China’s billions of Belt & Road investment in the ASEAN, the needed 2.5 percent would ring up at 5 percent. Such investment (even if as loans) tends to salve somewhat the outcry on China’s excursions into the South China Sea.

The Center for Strategic and International Studies (CSIS) says “2018 may well turn out to be the one in which infrastructure construction in Southeast Asia is thrust into high gear. Countries in the region have over $320 billion in the pipeline for infrastructure spending on everything from ports to high-speed rail and roads to airports.” 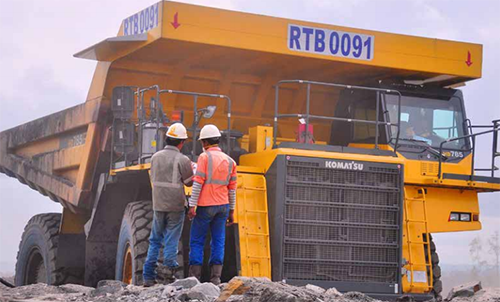 Morgan Stanley’s ASEAN economist, Deyi Tan: Infrastructure: A Way Out of the Shadows, sees Indonesia, the Philippines and Thailand (the ASEAN3) accelerating capital spending and expects gross fixed capital formation to increase by $900 billion over the next five years to $3.2 trillion.

“We estimate,” says Tan, “that this means cumulative state budget-driven spending will be $321 billion over 2017-21. This compares with $175 billion in the previous five years.” Thailand is expected to ante up “another chunk of spending through state-owned enterprises [reportedly a $2.83 billion infrastructure fund] while the Philippines will see more use of public-private partnerships.” 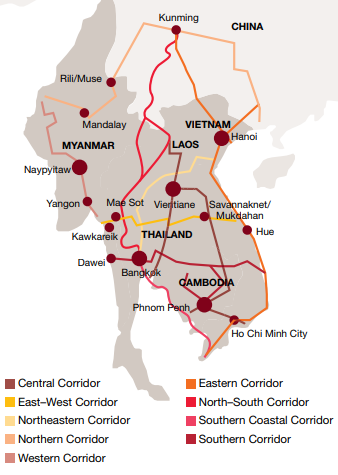 “For example, increased prosperity leads to, among other things, a demand in car ownership. It has been found that each $1,000 increase in GDP per capita results in 15 more cars per 1,000 residents. Clearly, this leads to congestion and economic inefficiencies if road networks are not upgraded or improved.”

Together with road infrastructure, ASEAN economies will also need to invest in other forms of transport infrastructure — “heavy rail, high speed rail, and urban rail are necessary to allow for the effective movement of goods, raw materials, and people; ports and airports remain other key parts of transport networks.”

The chart below displays the expected increase in spending on road, rail, sea and airports in key ASEAN countries: 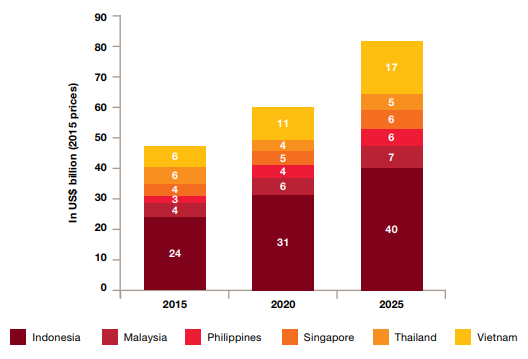 For example, DHL is a perfect recipient of such transportation infrastructure buildouts as well as a font of economic growth for the ASEAN.

DHL will increase its staff in four countries in Southeast Asia’s fast-growing Mekong region by about 40 percent to roughly 17,000 by 2020 [including an entry into Myanmar]… will also invest 2.7 billion baht ($81.2 million) over this period to expand its warehouse network and truck fleets. The company targets annual revenue growth of 10 percent in the region.

Transportation is quickly followed by retail as with “Thai retail conglomerate Central Group…spending $500 million on its Vietnamese operations over the next five years with plans to triple the number of its stores and shopping malls to as many as 750.”

The economic well-being that ushers up from such infrastructure buildouts prompted Yasu Ota’s observation in the Nikkei Asian Review: “It now seems that the dynamic center, where new values are born, is shifting to Asia’s emerging economies.”