Is Addverb Technologies the Big Bang of Indian Robotics?

All of our episodes & show notes
This Is Robotics: Radio News

Is this the long-sought convergence of India’s vaunted software skills with its less-than-robust machine-building capabilities? Might this startup and its soon-to-be world’s largest robot factory be the champion that Indian robotics has long awaited?

To singlehandedly jumpstart an entire country’s robotics ecosystem is quite an extraordinary undertaking, even for a government, let alone an individual company, which is itself a newbie founded in 2016. It’s also unprecedented in the entire history of robotics! More in perspective, India is not only a country…it’s a continent with 1.3 billion citizens. That’s a lot of mindshare to engage!

According to the company, “Bot-Valley (in Noida) aims to encourage creativity and foster collaboration among the top technopreneurs in the nation…Addverb hopes to develop a self-sufficient robotics sector in India and export cutting-edge goods and game-changing technological solutions to the rest of the world.”

To have Addverb Technologies announce such a grand venture on the eve of India’s 75th Anniversary of Independence (1947-2022) was all the better for us here at Asian Robotics Review and at our podcast, This Is Robotics, to celebrate and honor both. Our regular column, Don’t Forget India, has been running now for five years; and this month we have a chance to stop for a moment to make note of a significant event that might possibly turn out to be the Big Bang for Indian Robotics. We certainly hope so.

History has been less than kind to India when it comes to machine-building prowess. According to Arnold Pacey in his Technology in World Civilizations, from the Turkish invasions of the 1190s to the British Raj, even to Gandhi’s “swadeshi” or village economy movement, India’s indigenous machine building has been stifled.

Indian machine-building expertise seems never really to have had a chance, especially during the British Raj (1858-1947), right in the heart of the Industrial Revolution when Indians might well have excelled if given an opportunity, which they weren’t.

As Pacey writes: “Little use was made of machines or gears, pulleys, cams or cranks.”

Change has been a long time coming!

by Harshit Pathak
Correspondent India
Automated machines are anticipated to play a significant part in the standardization of industries like fashion, technology, and hospitality in the post-pandemic era. Robotics has seen a lot of intriguing developments both domestically and internationally, and it won’t be long until these clever devices and robots transform how we live.

India is prepared to provide top-notch robotics with the opening of the nation’s first Bot-Valley in Noida, as AI and robots are expected to play a significant part in e-retail platforms to keep products hygienic and keep an eye on quality in warehouses (Uttar Pradesh). 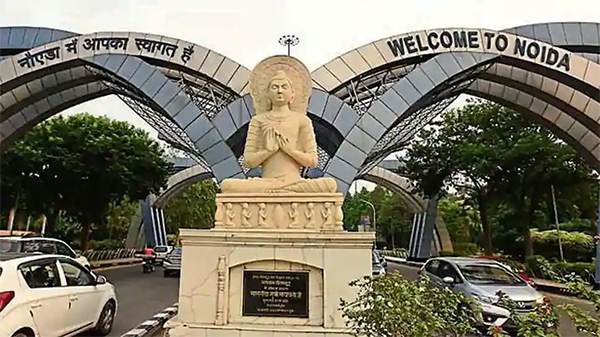 Small steps to revolution: India’s first Bot-Valley
The world-class manufacturing facility “Bot-Valley” in Noida was inaugurated by Addverb Technologies, a major automation, and robotics firm in India. The facility cost $12 million and was built to advance human-robot collaboration. Amitabh Kant, the CEO of NITI Aayog, gave it a formal opening.

According to the company, Bot-Valley aims to encourage creativity and foster collaboration among the top technopreneurs in the nation. With the construction of this facility, Addverb hopes to develop a self-sufficient robotics sector in India and export cutting-edge goods and game-changing technological solutions to the rest of the world.
>> Read More

by Harshit Pathak
Correspondent India
Addverb Technologies, a provider of automation solutions for factories and warehouses, stated that it would be building one of the largest robot production facilities in the world in Noida, Uttar Pradesh. To speed up its expansion in Europe and the US, Addverb is now looking for land in the NCR (New Delhi) region to construct the largest robot factory ever built.

According to the business, the money would also enable the widespread deployment of its robotic solutions in omnichannel distribution facilities serving a variety of market categories, including e-commerce, retail, supermarket, fashion, pharma, digital, and petrochemical.

The two businesses also intend to work together to develop 5G robotics and battery systems and use carbon fiber to create cost-effective, cutting-edge robots.