Back to the Future with Surgical Robotics

A UK competitor, CMR Surgical, may well be the most important surgical robot challenger to Intuitive. CMR Surgical has a shot at making many millionaires, as has Intuitive since 2000. 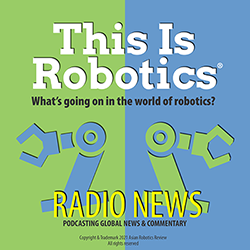 Time machine to $9 shares
Ever wish you had a time machine? Not a big one; just something small to get around in. I do. I wish I had one that went back, not forward. Forward is a bit too scary.

Back would be nice. Maybe back to the year 2000, the Millennium and the days of Y2K. And if I could take along $10 grand, that would be even better.

If I could do that, I’d return a multi-millionaire.

By going back to the year 2000, I could meet up with a little, 5-year-old company in Sunnyvale, CA calling itself Intuitive Surgical, a newbie getting ready for its IPO. That stock offering would have shares of Intuitive going for $9.00 each. Today, even after a 3 for 1 stock split in 2017; and yet another scheduled for this month, Intuitive’s shares are over $1,000 each.

Those heady days of $9 dollar shares blooming into $1,000 dollar shares may be returning, which prompted our lead story for today: Back to the Future with Surgical Robotics.

Veritable money machine
Today, Intuitive Surgical, averages over $4 billion in revenue selling its daVinci surgical systems, spare parts, and services. daVinci surgical robots average $1.5 million apiece, and each machine has a six-figure service contract. The disposable instruments and accessories that are needed for use on the system run $2,000 per procedure.

With over 5,000 installed da Vinci Surgical Systems, over 3,000 in the U.S. alone, Intuitive, and its 7 million surgical procedures performed to date, easily make Intuitive the gold standard for robotic surgery worldwide. 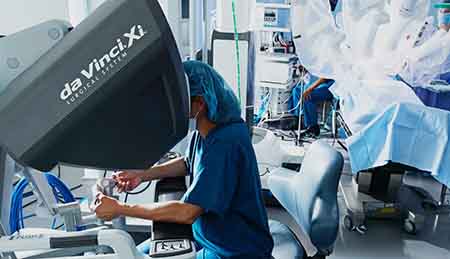 Competition has been light, especially because of Intuitive’s rock-solid patent portfolio of some 3,000 patents, says Andrew Chin, law professor at University of North Carolina Law School.

Josué Villalta, partner at the law firm of Knobbe Martens, contends that “Intuitive Surgical’s patents have served as barriers to entry into the robotic surgery market by would-be competitors.  This is particularly important because robotic surgical systems are very complex, take many years to develop, and require companies to navigate the FDA approval process before they can be used in the United States.”

“Intuitive Surgical’s intellectual property portfolio has no doubt,” he concludes, “played a significant part in helping the company to achieve and maintain its dominant position in the robotic surgery marketplace, providing a minefield of patent coverage that potential competitors have had to confront when evaluating the path to market entry.”

Fear of running afoul of Intuitive’s IP fortress has chilled many potential VC investments in the technology as well chilled more than a few technology developers.

The “good news” is that many of Intuitive’s patents, especially those most critically advantageous for competitors, will expire between 2016 and 2023. A little over two years away!

Already, formidable competition is on the rise.

Market and Markets is forecasting a global revenue jump for surgical robots to more than double, with 2021 revenue ringing in at $6.4 billion to 2026 witnessing $14.4 billion.

A UK competitor, CMR Surgical, may well be the most important surgical robot challenger to Intuitive. CMR Surgical has a shot at making many millionaires, as has Intuitive since 2000.

A six-year-old startup, CMR recently acquired $600 million from the likes of SoftBank and others, which, added to CMR’s existing $400 million, makes the newbie a unicorn. 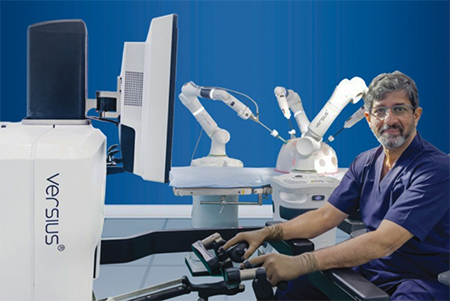 Versius biomimics the human arm, has fully wristed instruments and offers 3D High-Definition vision for surgeons via its console.

Unlike the da Vinci robot, the Versius is portable and can be set up in around 15 minutes, which opens up minimal access surgery to a much broader range of patients.

Versius may well become the new-next daVinci…but better! If so, CMR Surgical may well be on its way to an Intuitive Surgical-like future.

To help ensure the future, Versius must scale from startup to world-beater status. To do that, CMR hired away one of ABB’s best: Per Vegard Nerseth, senior vice president and managing director at ABB’s Robotics & Discrete Automation business unit. 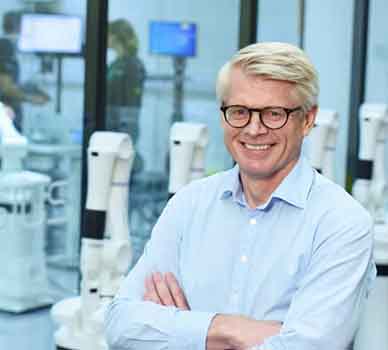 It’s a big job that will need a lot of money. If CMR goes the IPO route to get the money it needs to scale, we won’t need a time machine to have a shot at millionaire status. $9 dollar shares may be back in bloom again. Get ready.