Waterloo: “Out Where the Robots Roam”

Seeing one’s future in the city that remade itself

West from Union Station
If you’ve got a feeling that robotics just might be the calling in life that you’ve been searching for, try this for a little confirmation. Take a two-hour train ride west from Toronto’s Union Station bound for Waterloo, Ontario.

Waterloo, powered mainly by the University of Waterloo’s excellence in robotics, mechatronics, computer science and mathematics, has built a remarkable reputation for itself as being Canada’s preeminent robotics hub.

But it always wasn’t that way in Waterloo. A former industrial center, now defunct, the city has been remade with technology.

During the train ride, with two hours to kill watching scenery roll by, use your smartphone to search for The Globe and Mail’s website. In the archives, there’s an excellent article by Mark Mann, from 2016. Out Where the Robots Roam, which is the tech backstory of Waterloo, about, as Mann puts it: “How Waterloo became a world-class robotics hub.”

Although written in 2016, the article harkens further back to 2011, back to when Pablo Molina and Faizan Sheikh (graduates of the University of Waterloo) recast their snow plow robot into a floor-cleaning robot. By 2016, their company, Avidbots, was readying their first batch of ten robots; and, going forward, they had orders for a further 10 per month. In the same town where the biggest tech lord formerly had been the ill-fated Research in Motion a/k/a BlackBerry, suddenly there was a new monarch: robotics.

On the heels of Avidbots, Mann writes, “Waterloo has reinvented itself as a 24/7 start-up factory. There are more than 1,100 new companies in a place of only half a million people, which makes Waterloo the world’s second-densest start-up cluster after Silicon Valley. (Greater Toronto is a dozen times Waterloo’s size but has only two or four times the number of start-ups.).”

All of that in five-plus years!

The majority of these companies “originated in the University of Waterloo’s engineering faculty, which is the largest in Canada by number of students, and so well regarded that it ranks in the top four feeder schools for tech titans like Google, Facebook and Apple, along with 864 other Silicon Valley companies that recruited [t]here in 2015.” 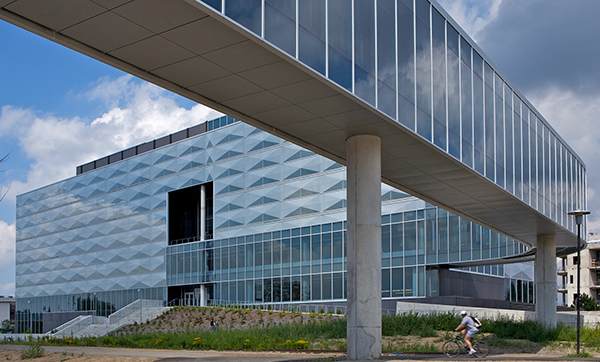 That was six years ago. A lot has happened since. That’s why it’s best to stay a week in Waterloo; a day won’t cut it at all. Rooms at Suite 76 on Regina Street are less than a mile from Waterloo’s downtown, the university’s campus, Perimeter Institute for Theoretical Physics, and the T&T Supermarket, for late-night munchies, etc.

Robotics coming of age in Waterloo is a wonderful true story that can be the fate of many other cities and countries that have a good engineering university, a fair amount of government money, put in the necessary hard work, remain persistent, and have a little luck roll their way.

Malaysia’s Johor has a great chance at it.  The Johor Corporation (JCorp) and the Malaysian Investment Development Authority (MIDA) were reportedly entered an agreement with Chinese robotics manufacturer, Beijing Huize Boyuan Robot Investment Company Limited for a robotic project that, over time, might resemble Waterloo.

Thailand’s massive Eastern Economic Corridor (the size of Connecticut), in conjunction with the government, and talent-supplied by the likes the National Science and Technology Development Agency (NSTDA), through the Institute of Field Robotics (FIBO), which offers undergraduate and graduate programs in automation and robotics engineering and manages a number of research laboratories, including the Bio-Inspired and Educational Robotics Lab, the Micro Robotics Lab, and the Unmanned-Vehicles and Autonomous Robots for Exploration Laboratory (UVAX), could well parley a Waterloo-type miracle.

Waterloo EDC
The Waterloo Economic Development Council, more than likely ecstatic, and deservedly so, over the flowering of their fair city, has put together a few promotionals on robotics that would make for great reading prior to any tours of the city’s robotics success stories.

Today, the Waterloo EDC sent its paean to Waterloo, 4 pillars supporting Canada’s largest robotics and automation cluster, through our LinkedIn network, plus a couple of cool videos.

Here’s a bit of the Waterloo story:

Our proof: a brand new ecosystem map that identifies and categorizes the 90+ robotics and automation companies working in our community. On this map, you’ll find multinationals like LEONI, ATS Automation and Beckhoff Automation, robotics upstarts like Otto Motors, Deep Trekker, Avidbots and so much more.

What’s behind this incredible business community? What makes it work? Why Waterloo?

Here are the four pillars supporting the Waterloo robotics and automation cluster:

We’re very active in manufacturing, but what we’re known for around the world is technology. We have an exceptionally diverse tech community working in artificial intelligence, autotech, fintech, cybersecurity and even quantum technology. We’re home to about 20% of Canada’s fastest-growing tech companies, including three unicorns, and our last two years have been nothing short of transformative – this is Canada’s most dynamic tech hub.

Put advanced manufacturing and technology together – combine the workforces, expertise, etc. – and you have a recipe for success, productivity and innovation in robotics and automation.

It all starts with Canada’s largest engineering school. The University of Waterloo is well-known as a globally-significant technology university, scoring in the top 50 for Engineering and Technology in the annual QS global university rankings. It’s also the top-ranked university in Canada for engineering, computer science and mathematics.

Oh, and they graduate with 2+ years of on-the-job experience, too.

We can’t forget about Conestoga College, either, which produces graduates across the trades and in programs like Applied Electrical Motion and Control Management, Embedded Systems Development and Applied Manufacturing Management in Mechatronics. They’re also the only polytechnic institute in Ontario that can bestow engineering degrees.

Access to talent isn’t just about access to new graduates. In high-tech industries like robotics and automation, innovation often happens at the intersection with academia, where cutting-edge research and expertise can meet application.

The University of Waterloo has a reputation for partnering with industry to conduct research, especially in robotics and automation. The school is home to the Robohub, the AI Institute, several mechatronics research groups and autonomous vehicle research labs like AVRIL and WatCAR.