Careers in "Smart" Robotics: Do Yourself a Favor

Help build the world’s first “intelligent mine”
No one wants to work in the Pilbara, which is a hot, arid 200k square miles of iron ore deposits in Western Australia. Maybe that’s why its such a perfect place for robots and automated machinery. 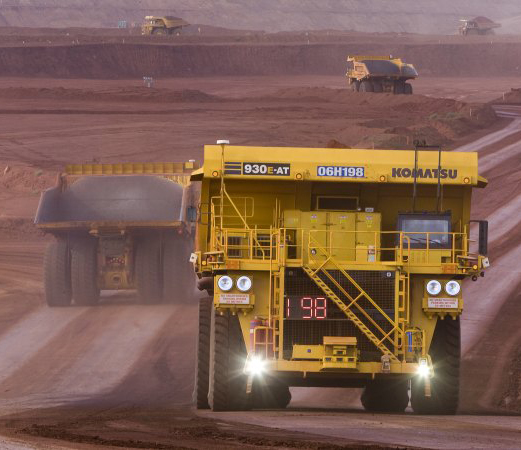 Mining, in general, has a solid future ahead of it for most anyone with a career bent towards robots, automation and artificial intelligence. In fact, mining’s best years are still way ahead of the reality of total automation; but still, lots has already been accomplished.

The discovery of high-grade iron ore in the Pilbara region more than 50 years ago, almost doubled Australia’s reported reserves of the mineral and led to the creation, over time, of a suite of mines.

Mining companies, Rio Tinto, BHP and Fortescue Metals Group, operate some 17 huge, open pit mines there and have conscripted robots for the grunt work of extracting the ore and getting it to market. So much so, in fact, the Pilbara has become a hotbed of automation: 400-ton robot haulage trucks, auto-diggers, and rock crushers, as well as mile-long autonomous ore trains headed west to Port Hedland, annually mine and haul 110 million tons of iron ore bound for steel mills in China and Japan.

Rio Tinto formerly hired truck drivers at six-figure salaries to work there, and still had to frequently rotate them out to civilization as a break from the isolation. Most ore mines worldwide are much the same: far from civilization, desolate, and tough on humans.

Mining, always number one or two among the world’s top five most dangerous professions, is falling fast to automation. Rio Tinto has 400 workers at its remote operations plant in Perth—800 miles west of the Pilbara—who manage the mining and output form all of Rio Tinto’s mines in the area. Rio Tinto has recently invested another $749 million to sustain production capacity, and with it more automation is on the way.

Mining productivity
As Rio Tinto explains it: “We harness new and emerging technologies to make our operations more efficient, safer and more environmentally friendly. And we do this all the way through the mining life cycle: as we explore, design, build, operate and close our assets. 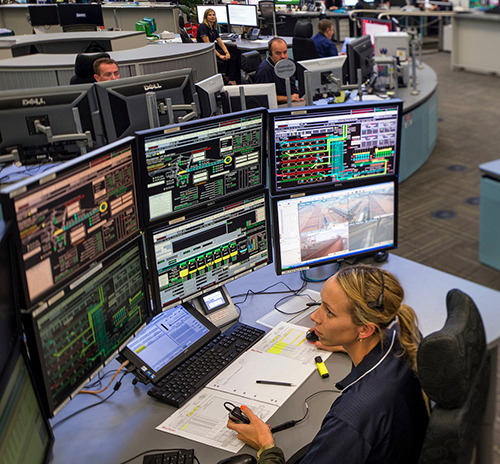 “Automation has been part of our business for more than a decade, and helps us run safer, more efficient and low-cost operations. We are removing driver error and improving safety by increasing the automation of trucks, drills and trains.”

Ivan Vella, Rio Tinto’s iron ore managing director rail, port and core services, said Rio’s next step in the automation path is through “whole system integration” at its Koodaideri (Pilbara) mine, its first “intelligent mine”. That will involve adopting new processes and technologies to link assets together in a network, allowing them to “talk” to each other and respond to issues and changes that arise.

Yes, this is mining! Check it out

Tales from mining
“I’ve got the best job in the world. I get to play video games for a living,” says Rio Tinto plant operator Blake McDonald as he crushes iron ore rocks [800 miles] away in the Pilbara. Blake is one of a growing number of employees in Rio Tinto’s Operations Centre near Perth Airport. (See video)

Katie Hill, truck pilot, received initial training in the Pilbara, then joined the team at the state-of-the-art Operations Centre in Perth. There, Katie now supports the remote management of the very trucks she once drove.

“It’s certainly a change,” laughs Katie, who still has trouble believing that she’s gone from operating machines in the Pilbara to now controlling some of the largest trucks in the world all from an office down in Perth. (See video)

Matt Key combined his mechanical engineering skills with a hobby he loved: Drones. Now, as chief drone pilot at Rio Tinto’s Kennecott operations in the US, Matt leads a team of 20 certified drone pilots and is helping to improve safety and productivity at the Bingham Canyon copper mine. (See video).