from Life after MIT

What does it mean to get paid to work on robots?

Pondering your future?
A young woman’s journey to robotics retold in her blog with candor and casual grace. It’s a way forward that every student should consider. Sometimes when contemplating or even in pursuit of a career, it can be a fascinating digression to see another’s journey to robotics and to vicariously accompany that person as he or she rumbles along toward that goal.

Here’s one woman’s journey, in her own words, on how she came to be a roboticist.
“What a Robotics Career Looks Like” by Selam G., MIT Class of 2018. 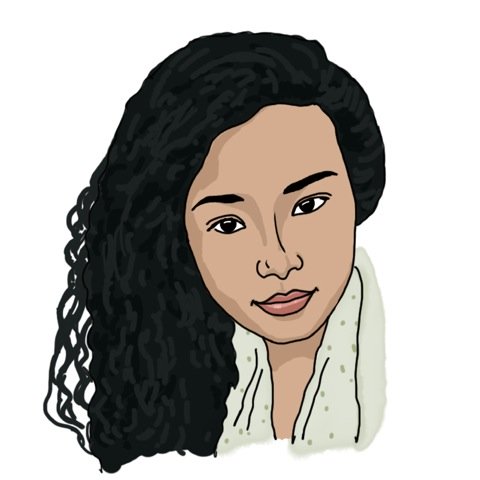 What is robotics?
‘Robot’ is, when you think about it, a very abstract term. I’ve always found it funny that the Chinese translation for “robot” is “机器人” or “electric person”, because not all robots are humanoid.

I guess the reason that robots are first thought of as human, as just “electric people” or “机器人” is because of what people intend to do with them — to replace the labor of a person, but still accomplish a task. Before the printer or printing press was just pen and paper, and everything was written by human hands.

I start with this very broad overview because the modern field of robotics is equally broad. It’s a highly interdisciplinary field with a lot of different applications. I can give you my perspective on what a robotics career has practically meant to me, but don’t be afraid to think outside the box.

Your base discipline, that which you are most familiar with or have a Bachelors in, does not necessarily have to be one of the three traditional fields in robotics, which are Electrical Engineering, Computer Science, and Mechanical Engineering — some are in more specialized fields like user interaction design or human-computer interaction design. Some are in animation or even biology. But the three traditional disciplines are the ones that I will focus on in this blog post.

I’ll oversimplify these a bit as a summary:

Electrical engineering is the study of applied physics electromagnetism — “how to use electricity to control, count, and process”

Typically, when you go to college and want to study robotics, it is advised that you are familiar with all three of these disciplines, but realistically, most people get most familiar with “two out of three”, although you can even do a lot with just one.

Where you get with your “two” might surprise you. The core technology of impressive robots like those from Boston Dynamics, purveyor of viral videos, or the MIT Cheetah, relies very little on machine learning techniques and much more on electro-mechanical interfaces, sensors and motors that can rapidly respond to changes in the physical environment.

Those who choose electrical and software can produce powerful sensors that are smart about storing and relaying information, like the wiring of a robot’s “nervous system”.

Typically, when you go to college and want to study robotics, it is advised that you are familiar with all three of these disciplines, but realistically, most people get most familiar with “two out of three”, although you can even do a lot with just one.

I tend to be in a strange spot — mechanical and software, which seems like the least likely pair. And this is because it’s also the area people think about the least: how your brain knows to move through the world.

Humans take this for granted — we take for granted that we know to grab a cup around the center rather than some physically impossible point on the very edge, that we know how to pick up a tennis ball. This is actually an intuitive understanding of physics that we all have, and that we all learn as children through trial and error, through experiments (discovering gravity by dropping pasta on the floor as an infant, for example).

Robots don’t have that understanding, and those at the intersection of mechanics and software try to find ways to establish that physical awareness. This is particularly important as a safety measure — a typical “dumb” robot arm like those used in car manufacturing does not know whether there is a person who could get hit in front of it, because it may not be adept at “feeling” its physical environment.

I began this blogging adventure my freshman year, over IAP 2015. I graduated June 8th, 2018 in Course 2A-CIR (Mechanical Engineering with Robotics).

I am from a lot of different places, but physically speaking, I’ve lived my whole life in Colorful Colorado. Another place I am from is a small province in Ethiopia called Kaffa, where my father was born. The language we speak there is only spoken by 800,000 people in the whole world! (“Diggoo” is “Hello” in that language.) I think that should automatically qualify me for a degree in Course 24 (linguistics).

My mother was born in a much, much bigger place: Shanghai, China. Her language is spoken by 1.35 billion people.

The industry
One of the things I love most about robotics is that it is always changing. And therefore I, too, am always changing. I’m early in my career so I must constantly adjust and refocus and think about what things I’m really interested in and what applications I’m truly passionate about. But this does make it difficult to outline, or even imagine, all the different present and future career paths in robotics.

So if you really want to pursue this, keep your ear to the ground. Look at different job postings and descriptions, and if possible, talk to those in the industry when you can (most people I know would be happy to mentor a young roboticist!)

Right now there are a few big industries in robotics that have grown dramatically over the past decade. Some of these are:

E-commerce robotics is now an enormous industry. E-commerce order fulfillment, when you click “checkout” on your cart at Amazon, Walmart, or even your favorite online clothing store, is a massive logistics operation that requires a lot of different people (or robots) handling a lot of different physical components.

There’s stocking, sorting, packing, unpacking, packaging, labeling, scanning. Even after your order has left the store warehouse, the shipping company, too, uses robots in its pipeline to sort packages and route them to the correct place.

These operations have traditionally taken place at enormous warehouses, but now, with the help of e-commerce robots, more distributed models are occurring, maybe with more small or medium warehouses and “order fulfillment centers” closer to cities to enable fast transportation.

This industry is full of innovation and constantly evolving, sped on by the trend of more and more people shopping online and expecting fast home delivery.

I once worked at an e-commerce startup, and I now work in the safety and security space. Safety and security robots perform tasks that are too dangerous for humans, such as bomb disposal or the “search” part of search-and-rescue in an emergency. FLIR and Clearpath Robotics, for example, fall into this category.

Right now, I’m still learning myself, so I haven’t been very particular about the industry I work in.

I’m happy as long as I receive challenging assignments that I can learn new skills from, and I’m glad to say that right now, I have learned something new virtually every day of working since I graduated college.

The technology
Technology itself does not necessarily have a particular industry. “Manipulation” is one well-established discipline within robotics — this means picking up and handling objects. Manipulation is used a lot in the e-commerce industry, but the general concept applies to medical and other applications too.

If manipulation deals with robot arms and hands, “locomotion” informs the design of legs. “legs” is a broad term here, including wheels, wings, and rotors. These are the primary physical fields, and these two broad terms include most forms of physical movement.

Machine learning (involves getting a robot to understand a pattern)

Also, please see our Guide to Careers in “Smart” Robotics.