Getting Serious With Robots

Follow-On From TechCrunch, NPR & The Verge on Our Recent Articles

The curse of locusts; professional service robots need to step it up; and “labdroids” for research jobs…now delivered 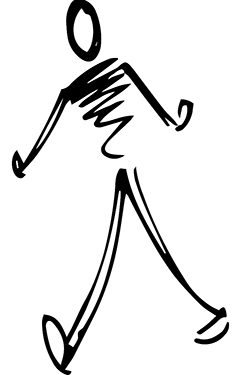 Beyond spraying rooms with UV light, disinfecting floors, and carrying goods around, professional service robots (with a few remarkable exceptions) haven’t shown themselves to be good at much of anything else. Why is that?

Rajat Bhageria writing in TechCrunch asks the identical question: Where Are All the Robots?” Bhageria then offers up some insights as to why. Here’s an excerpt on how he sees the situation:

“The world of industrial automation is extremely mature and there are hundreds of “systems integrators” who you can go to and say, “I want an automation machine that does this one extremely narrow use case millions of times. Build me a system to do it.”

“This is how Coca-Cola gets their bottle fillers, Black & Decker makes their drills, Proctor & Gamble makes your shampoo, and more generally how we manufacture most products today. These systems integrators may charge you $1M and make you wait a year to make the machine, but almost any kind of system is possible in this world.

“The problem with these systems is that they mostly are what’s known as “hard automation” in that they’re mainly mechatronic systems and will work inordinately well if the inputs into the system are exactly what they’re designed and programmed to do; but as soon as you put a two-liter Coca-Cola bottle into a bottling machine designed for half-a-liter bottles, the system doesn’t know what to do and will fail.”

“Factory automation is an extremely controlled environment. In the case of factory robots, the robots aren’t really “thinking” but rather doing the same thing over and over again…But as soon as you make the factory automation robots think for themselves or have the surgical robot make decisions without human supervision, the systems break down.”

Swarms of locust babies
Bringing technology to bear on voracious insects was the subject of our: Drones vs. Locusts: Technology vs. Plague article.

Our take was: “Biblical scourge still causes billions in damage, but hunter-killer drones could keep 25 million from starvation. The drone advantage: Seek-and-destroy missions before locusts grow their wings.”

National Public Radio (NPR) is out with Locusts Are a Plague of Biblical Scope in 2020. Why? and … What Are They Exactly?

“Titanic swarms of desert locusts resembling dark storm clouds are descending ravenously on the Horn of Africa. They’re roving through croplands and flattening farms in a devastating salvo experts are calling an unprecedented threat to food security. On the ground, subsistence planters can do nothing but watch — staring up with horror and at their fields in dismay.

“Locusts have been around since at least the time of the pharaohs of ancient Egypt, 3200 B.C., despoiling some of the world’s weakest regions, multiplying to billions and then vanishing, in irregular booms and busts.

“If the 2020 version of these marauders stays steady on its warpath, the United Nations Food and Agriculture Organization says desert locusts can pose a threat to the livelihoods of 10% of the world’s population.

“The peril may already be underway: Early June projections by the FAO are forecasting a second generation of spring-bred locusts in Eastern Africa, giving rise to new, powerful swarms of locust babies capable of wreaking havoc until mid-July or beyond.”

Surprisingly, NPR offers up no solution, except for Joe Palca in a companion article Maybe The Way to Control Locusts Is by Growing Crops They Don’t Like. How crazy is that? Or is it?

Hunter-killer drones going after locusts when they are young and vulnerable (before they grow wings) is very viable solution.

“How can drones help against locusts?

HEMAV is a Spanish technology company that develops and builds drones. Through their work with data analytics and artificial intelligence (AI), HEMAV has successfully created a digital system that measures and collects biological parameters of livestock. They intend to take a similar approach to solving the locust problem.

“Nobody’s even done this with desert locusts before, so we have no proven methodology for using drones for spraying on locusts,” said Keith Cressman, senior locust forecasting officer for the FAO.”

Frost & Sullivan commented: “Recent laboratory automation and robotics advances, including developments in artificial intelligence and machine learning, have opened a new frontier in the life science and pharmaceutical space.”

Well, the Brits have pulled it off: Robotic Lab Assistant Is 1,000 Times Faster at Conducting Research. Plus, it works 22 hours a day, seven days a week…even in the dark.

“Researchers have developed what they say is a breakthrough robotic lab assistant, able to move around a laboratory and conduct scientific experiments just like a human.

“The machine, designed by scientists from the UK’s University of Liverpool, is far from fully autonomous: it needs to be programmed with the location of lab equipment and can’t design its own experiments. But by working seven days a week, 22 hours a day (with two hours to recharge every night), it allows scientists to automate time-consuming and tedious research they wouldn’t otherwise tackle.

“But Professor Andy Cooper, whose lab developed the robot, tells The Verge that speed is not necessarily the point. The main benefit of a tool like this, he says, is that it allows scientists to explore avenues of research they wouldn’t waste a human’s time on.

“Over an eight-day period, the machine carried out 688 experiments to find how to create more efficient reactions. It mixed samples in glass vials, exposed them to light, and analyzed the results using gas chromatography.”