With the aid of AI/ML, China turns hard-to-do robotics, like polishing and welding, into a competitive advantage

“One robot system will make as many parts as three welders. You’re saving two salaries per shift
and the average pre-engineered cell cost is $100,000 to $120,000. It pays for itself in about a year.
Typically, if you can automate a process and get payback in less than year,
that’s something you do right away.” — Erik Miller, Miller Electric Mfg. Co. 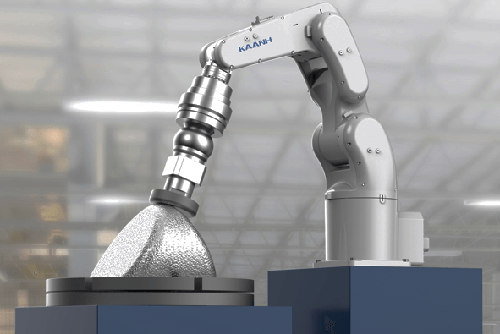 On the road to parity…and then some!
If China’s domestic robots are to compete with the big four foreign robot vendors, FANUC, Yaskawa, and ABB, then precision robotics is a key competitive advantage that domestic robots must acquire.

There’s a large segment of global manufacturing that demands precision robotics; welding and polishing are but two of the most prominent; and also two of the most difficult for China’s domestic robots to master.

With mastery come rewards like increased market share both at home and abroad, as well as stature when measuring up against the competition.

With the help of artificial intelligence (AI/ML) and advanced sensors, two of China’s high-tech newbies Minyue Tech and KAANH Robotics have not only made considerable headway in feats of precision, but have actually outdistanced the competition. Some foreign competitors, ABB and Yaskawa for two, are actually purchasing China’s tech for installation on their own industrial robots. That’s a switch a long time in coming, and a good one for China’s robotics industry.

One of the Chinese startups, Minyue Tech (founded 2016; profitable 2017), doesn’t build robots; rather it builds the welding tech gear that enables robots to be ultra-precise. The other, KANNAH, is a raw startup (2018; profitable 2019), and its robots are drawing raves for their precision polishing capabilities.

Already the polishing tyro has Midea Group, KUKA, and Shanghai Electric adopting its technology.  A dozen customers, including those in auto assembly, an auto parts producer, as well as casting and welding processors have helped the company’s profitably. 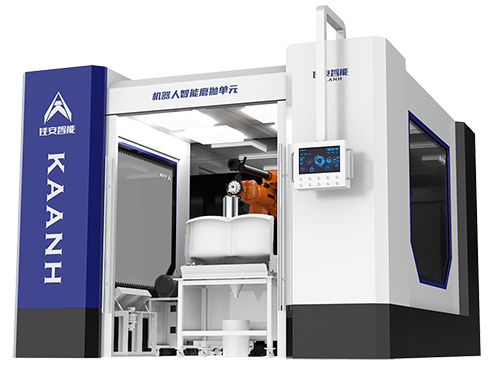 All the key members of KAANH, including its founder, Meng Xiangdun, hail from tech powerhouse Shanghai Jiao Tong University. The 100-year-old research university, known as “The MIT of the East”, is the same group behind the development of  China’s JAKA ZU cobot.

The company’s Shanghai Jiao Tong University founders have extensive robot expertise in force control, dynamics and kinematics. Although KAANH has been selling parts and components for a while, 2020 marked a new phase as it started selling a complete solution combining software and hardware as its core product.

“KAANH is developing force-controlled robots mainly aimed at the polishing market, providing a range of solutions from 3D scanning to prototype development using offline programming. As well as having the ability to develop software algorithms, it also provides final polishing equipment that make use of software and hardware.”

Developing a competitive advantage in polishing will be crucial for a country that calls itself the “world’s factory.” Polishing is a necessary finishing step for many products, ranging from high-speed railways, aircraft, ships, automobiles and machinery, to smaller items such as home appliances and communication equipment, toys and household products. In short, there’s huge demand for polishing, and the higher the precision needed, all the better.

For example, specialized lenses for NASA’s space flights are made by a teeny Japanese specialty polisher in Tokyo, which probably guarantees that reshoring back to the U.S. is a dim reality.

“At the core of KAANH’s technology is an adaptive force control algorithm, which allows robots to adapt to different materials and the curvature of the item they are working on. No matter how complex the models are, KAANH claims its system’s calculation and communication will complete within 1 millisecond.”

In addition, in order to meet the demands of data gathering, KAANH has developed specialized artificial intelligence-based algorithms. “This works by the robots gathering 3D scanning data and existing modeling data to create knowledge graphs via machine learning. Based on the data, the robots will program the equipment offline, while online controllers will concurrently assist with accuracy adjustments in real time.”

Angel investors ponied up $1.13 million in 2019 for KAANH. The company is said to be now seeking out Series A investors, although the young robot developer seems to be a perfect intervention project for government financing as well.

Precision Robotics: 7:50
Excerpt from This Is Robotics

Welding conundrum
Seventy percent of manufactured goods are welded in some way shape or form, yet very few people want to pursue welding as a career. According to American Welding Society President David McQuaid, by the year 2025, the U.S. will be faced with a shortage of more than 400,000 welding professionals.

Here are a few clues as to maybe why that is: The OSHA Fact Sheet: Welding fumes may cause lung damage and various types of cancer, including lung, larynx and urinary tract; metal fume fever, stomach ulcers, kidney damage, nervous system damage and Parkinson’s–like symptoms. And the pay, well, it doesn’t look to be commensurate with the risk.

Is it any wonder that a robot welder might be a good substitute?

A recent report in Nikkei Asia Review put China’s “welding” industrial robot population at 175,000, or 35 percent of the country’s total of industrial robots. “Even conservative estimates,” the report goes on to say, “put the number of welding robots at more than 2 million in the future.”

Minyue Tech has developed a 3D laser optical-angle sensor, which gives robots “eyes and brains.” “Vision sensors are placed on the robot and used in conjunction with artificial intelligence. That allows the robot’s motions to be tracked in real time using visual feedback.” 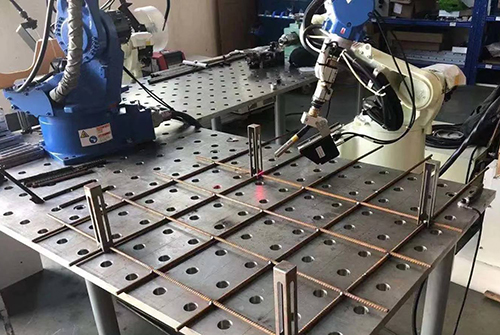 The bottom line’s bottom line
Amazing is the short time it took from development labs to marketplace success for these two. Barely a year for each!

Also, each has been the beneficiary of China’s well-developed artificial intelligence /machine learning (AI/ML) expertise. With the U.S., the UK, and China wearing the laurels of world leadership in AI/ML; and with China, alone among the three, also growing out a domestic robotics industry, AI/ML will undoubtedly take on a wider transformative role with China’s industrial robots.

In comparison, Japan, producer of over 50 percent of the world’s industrial robots and emperor of all things robotic for over fifty years, is, inexplicably—well, semi-inexplicably—horribly backward in AI/ML.

A single “smart robot” would then become a formidable force multiplier, which, in turn, might well lower the overall cost of China’s automation plans. And if that pans out to be just partially accurate, then China has a homegrown robot industry on its hands with immediate worldwide appeal.

KAANH and Minyue Tech are just the beginning.