Thinking About Doing Business in Asia?

If you haven’t developed an Asian strategy yet, uh-oh! Better start.

That McKinsey is bullish on Asia’s future is understatement. It’s obvious to most anyone that the Asian Century is for real and that it’s already here, and that it’s bulking up very quickly. Since the spring, McKinsey has been hammering home on what it sees as the key points of this transformation.

It’s also obvious to anyone that none of Asia’s bulking up would be possible either now or more so in the future without automation; manufacturing and logistics so desperately necessary for Asia to grow and sustain itself is impossible without automation. 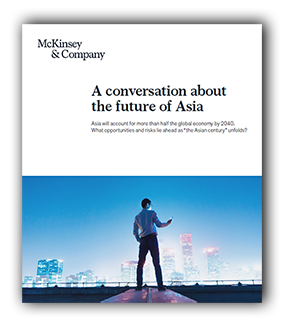 A recent McKinsey podcast, A Conversation About the Future of Asia, featuring three of McKinsey’s senior partners stationed in Asia cuts to the chase about what is going on and why. The three McKinsey partners have three decades of combined experience in Asia; they are a good sounding board on Asian transformation…and future outlook.

Here in a bulleted list cut from the podcast’s transcript are the essential points of the future that Asia is shaping for itself. Download the full transcript here: PDF download.

Transcript excerpts from McKinsey podcast: A Conversation About the Future of Asia

Twenty years ago, Asia had 2.2 billion people in the working age population. In 20 years, that number will increase to 3.4 billion people. That’s a whopping one-billion-person addition to the labor force.

“Asia is Asianizing” —Parag Khanna, author of The Future Is Asian 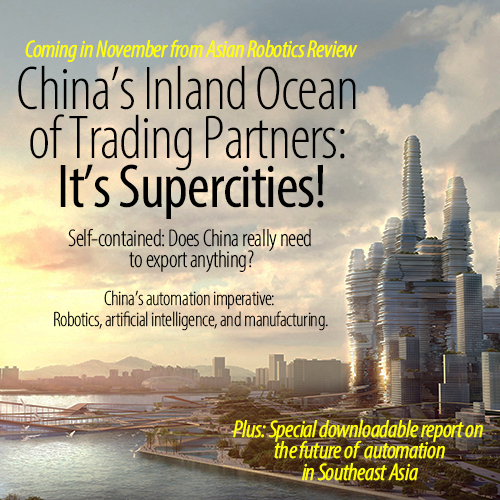