From farm to chopsticks: Not enough land, not enough water, too few farmers, and $470 billion in annual food spoilage

China already “accounts for 25 percent and 27 percent respectively of world soy and meat consumption.” Those percentages are steadily rising. China is forced to feed itself through massive imports: In 2016 it bought nearly 60 percent of the world’s soybean harvest (26 million bushels (706,500). Brazil alone supplies 53 percent of those soybeans.

Cause for hope
Rabobank is also quick to report that the nascent stirrings of a “Farm of the Future” movement seem to be awakening in Asia, what the bank calls  “Asian Agriculture 2.0”, from farming to agribusiness.

Spoilage, $470 billion worth…yearly!
Added to an already fragile till-to-harvest environment, what Asia does eventually grow and harvest largely spoils before it gets to market. 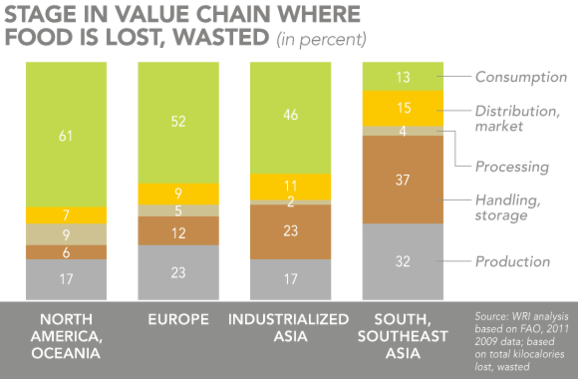 The tale of food spoilage and waste is shocking, sad, tragic, devastating…and avoidable.

The same apple tree in Southeast Asia would lose 88 percent of its crop before offered for sale.

Food waste mounts up: “Annually, about $32 billion worth of food is thrown away in China,” reports the World Resources Institute. 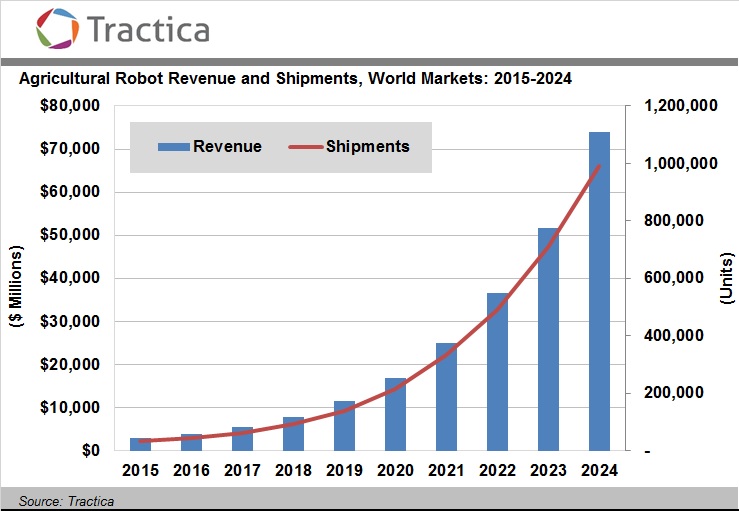 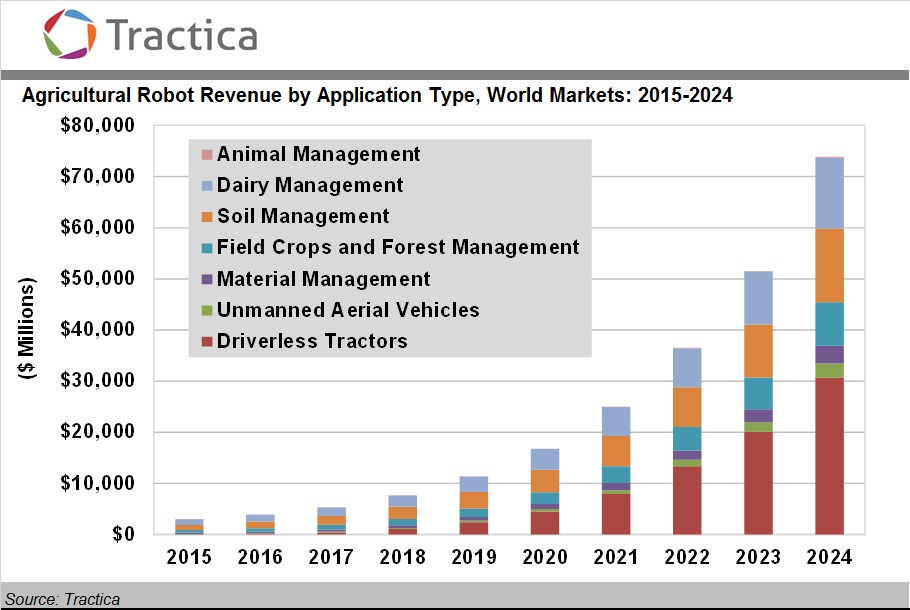 Seems obvious then that shifting focus from producing more food to reducing food waste is potentially a new multi-billion dollar mega-industry in waiting.

Change is coming as is evident in Robots and the Great Asian Warehouse Makeover​, but slowly. Some, however, are moving quickly to take early advantage of the business potential. Alibaba, for example, has slated $16 billion for future logistics investments, both to increase its market reach and to improve the reliability and speed of delivery.

CBRE’s approach has been to invest in “properties that need upgrading before they are sold”.  With $37 billion of commercial assets under management, it’s interesting to note the answers that CBRE’s research sees as the critical enablers.

“Automation within the logistics space will change the way facilities are built and maintained,” writes CBRE. “The rise of automation will affect logistics facilities, transforming the labor component and altering the way operators configure and build their warehouses and distribution centers.”

Such a dawning realization and committed buy-in from mega-asset holders and real estate developers as CBRE is key to transformation. They provide the platform upon which everything from automated transport to bin-picking robots depends.

Their warehouses and distribution centers can be islands of preservation where food has a fighting chance of getting to consumer tables before it spoils.

Giving food a chance
Not a moment too soon, agtech, agribots, automation and billions in public and private investment capital seem to be germinating in the right way and in the right proportions to be meaningful. Asian Agribusiness 2.0 now has a legit chance of making the journey from farm to chopsticks, a journey that every table in Asia can depend on.