Unity, Prosperity & Robots at The Future of Asia Conference

What does a Tokyo meeting have to say about China's leadership, robot deployments and automation going exponential?

Above the maddening crowd
Amid the frenetic pace of Asian automation, it’s good now and again to take in all the transformation from a drone’s-eye view, to try to stitch together a panorama of the disruption going on below and to get a sense of the resolve of the governments making it all happen.

This week’s The Future of Asia 2017 in Tokyo was eye opening in that regard. Officially, it’s the 23rd edition of the Nikkei Inc.’s annualInternational Conference on The Future of Asia; the first one kicked off in 1994, just prior to the disastrous Asian financial crisis (1997-1999).

Prime ministers, deputy prime ministers, vice presidents, foreign secretaries, undersecretaries, ministers of trade, international bankers, business founders and co-founders, as well as scores of trade experts from all over East and Southeast Asia converged on Tokyo for a serious face to face.

In packed conference rooms full of reserve and business suits, speakers and audiences were all dabbling with variations on a single word: unity.

Vietnam’s energetic Prime Minister Nguyen Xuan Phuc bounded onto the stage quoting from Adam Smith, and offered up the 4,000-year-old heritage of inter-trading, intra-trading and Asian-style globalization as the unifying force. Trade is key, he felt, and we’ve been doing it well for millennia.

With unity comes peace, amity, and prosperity; and they were all feeling the power and felicity that comes from making money together, especially the ASEAN. The continued outlook calls for more of the same. And they all know in their heart of hearts that the engine behind all of their money making is, plain and simple, China. 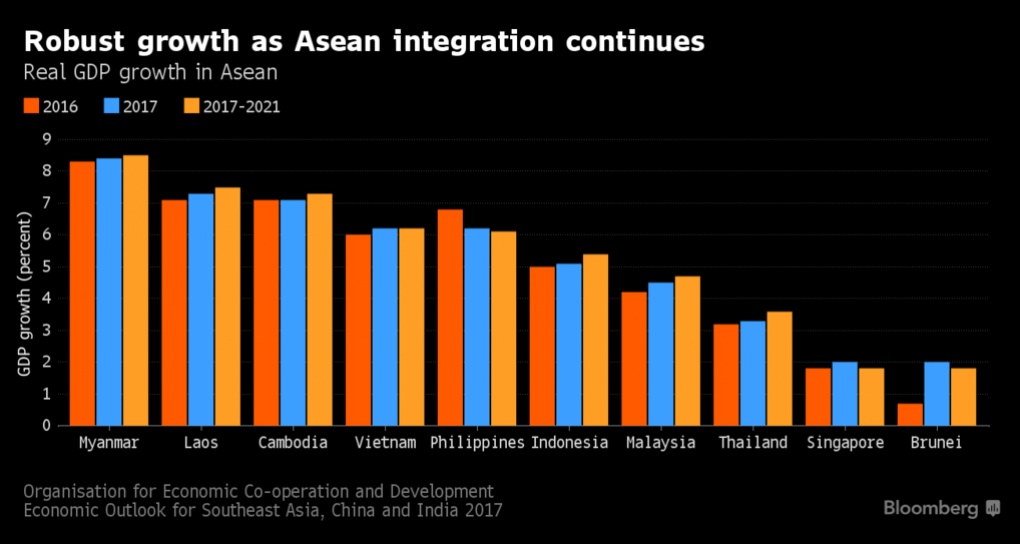 They are all finally coming out from under the ether of the insane idea of a TPP without China. What were we thinking, seemed to be the general tone, except from Indonesian Vice President Jusuf Kalla: “Without the U.S., we feel that the benefits on the trade front for Indonesia aren’t that big, and we have lost interest.”

He’s speaking for 250 million people! but seemed more disappointed than angry. The alternative Asian trade plan, RECEP, for Regional Comprehensive Economic Partnership, will eventually work to Indonesia’s liking and acceptance. He also cautioned to beware of robots; so yes, that’s disappointment voicing itself for sure.

Older and wiser and ready to dole out sage advice was Goh Chok Tong, Singapore’s former Prime Minister (1990-2004), who had a keen sense of the moment in history at which Asia now find itself. Decision time at a crossroads is how he put it (also the conference theme).

Low key and speaking like someone with a deep, commonsense grasp of what Asia’s next move should be, he lamented that the U.S. was retracting its influence. The U.S. is needed in Asia, he said, but the reality is that we have to band together and go forward. RECEP is a good plan for all of us.

Goh called for a fast and equitable rapprochement between China and Japan. In May, Japan’s Prime Minister Abe had already begun such a move. He sent Toshihiro Nikai, secretary-general, to the Beijing-hosted, high-profile Belt and Road Forum to inform President Xi of Abe’s desire to rebuild a bilateral relationship.

Like mind reading, Goh calmly clicked through a checklist of next steps—as a roomful of heads nodded in agreement.

Everyone at the conference realizes that the game’s afoot and that China is the leader of the transformational push into the new revolution. With every mile west that the One Belt, One Road extends, it also extends China’s leadership of Asia in everything that matters most.

Asian Marshall Plan
Xi is building out what Bloomberg calls Asia’s version of the post-WWII Marshall Plan, when the U.S. rebuilt Europe. Stephen Jen, former International Monetary Fund economist, estimates a value of $1.4 trillion for the One Belt, One Road project, which, he says, is “12 times bigger in absolute dollar terms than the Marshall Plan.”

By comparison, China is spending that much and more on extending itself across Central Asia, while still spending billions on FDI seemingly everywhere in Asia and billions more on M&A that is bringing a steady flow of the world’s best technology to Beijing.

One Belt, One Road brings China long-term leadership cred from a project that will take thirty years to complete; and everywhere that One Belt, One Road goes it has the potential to turn poverty into prosperity. Goh, from a country of five million and the size of Chicago, was telling the leaders of Asia’s billions of a coming reality that was already creeping into their thoughts. 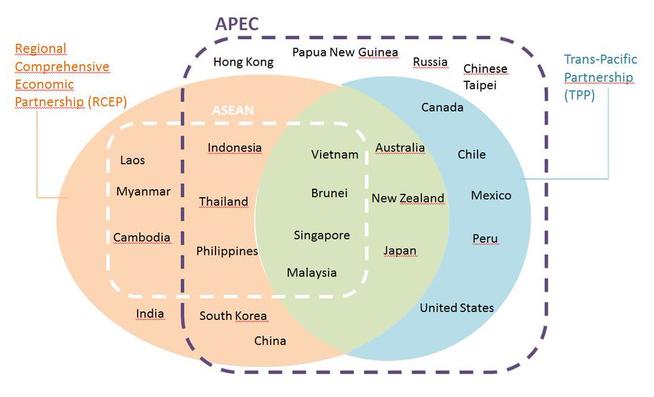 As if to bolster all of the good feeling from the conference, news of the Chinese central bank’s foreign exchange stockpile bulking out by $24 billion in May, “the fourth consecutive month of increases, taking it to the highest level this year”, wafted in together with news that China’s exports for May rose  8.7 percent from a year earlier, while imports expanded 14.8 percent, leaving China with a trade surplus of $40.81 billion for the month.

And what about robots?
So, you might ask, what does all this happiness in Tokyo mean for robots? Well, here’s a glimmer that foretells how crazy things are getting just by looking at the sales of robot parts.

Bowing to rising demand, robot parts supplier, Nidec-Shimpo plans a “sevenfold increase in production capacity for speed reducers, a core component for industrial robots: “Demand for this component is expected to reach 2.72 million units in 2025, roughly double the amount estimated for 2017.” Competitors, Harmonic Drive Systems, Nabtesco, and Sumitomo Heavy Industries are doing likewise. Sumitomo reported improved sales of the component for robots by about 20 percent in the two years through fiscal 2016. “The company has nearly reached capacity at its manufacturing center in Nagoya and both factories in Germany.”

Interesting that The Future of Asia 2017 conference took place on the anniversary of D-Day.