“Recent laboratory automation and robotics advances, including developments in artificial intelligence and machine learning,
have opened a new frontier in the life science and pharmaceutical space.”
–Frost & Sullivan

One torso pivot, two arms (each with seven rotational axes) carry out most regular tasks involving liquid handling in test tubes, Petri dishes, and microplate wells with the same pipettes and aspirators that human researchers and technicians use…but faster, cheaper, and mistake free!

LabDroids
Life sciences is only as good as the R&D and test labs that drive it; they are the critical common thread that run through pharmaceuticals, biotech, and medical technology. Without them, life sciences could be thrown into a screeching halt. However, with them, lab work is slow, expensive and error prone.

It’s a disconnect in the lab-to-market continuum of which all of life science is very much aware; and it’s a naggingly persistent problem that laboratory automation has yet to adequately address. The fact of the matter is that a good pair of hands are still very much essential to lab work, but hands stuck on the ends of human arms aren’t solving the necessary speed, cost, quality conundrum.

That said, a new, comfortably well-funded and supported Japanese startup claims to have developed the perfect solution. The Robotic Biology Institute’s answer to the pitfalls of hands-on lab work comes in the form of a LabDroid called Maholo, which RBI claims “is the world’s first humanoid robot for life science and bio-industry.” 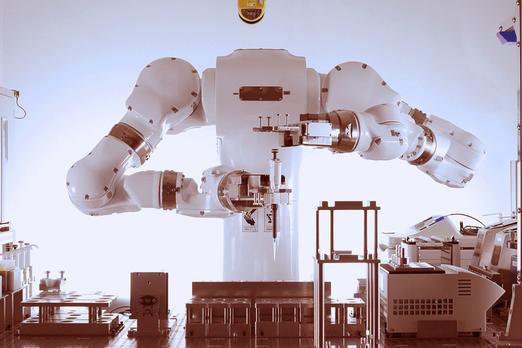 Trillion-dollar-plus industry
If the Maholo LabDroid is successful, it would positively impact a mega-industry that is on a massive growth spurt.

RBI is basically saying that there are thousands of R&D and test labs underpinning all of those life science billions in sales that could be made faster, cheaper and better with its LabDroid.

The robot’s impact is significant as well on the automated lab equipment and software market that Markets & Markets pegs at $5.4 billion by 2021. RBI’s position is that entire labs, and not just individual lab functions, should be taken over by these LabDroids because of the potent synergies the robots bring when acting in concert. For each Maholo, the unit cost is $890,000, so even a half dozen in a given lab would be a very pricey upgrade over humans.

​RBI’s president, Eiji Takagi, raises the obvious point of human frailty in accurately reproducing standard results from lab-bench drudgery over and over again.

“In any experiment, data variation commonly occurs by many unintended human factors,” he said in a recent interview. “Among them are experimenter’s skill, physical or mental fitness, concentration and sometime grit.

“Data consistency and the reproducibility of results always depend on the experimenter’s capability and proficiency. Even for the most capable person in your laboratory, human error has been inevitable in any manual handling process.”

Researchers in Japan undertook to automate important procedures in life science experiments in an attempt to automate out human inaccuracy and unreliability.

The researchers, from Japan’s National Institute of Advanced Industrial Science and Technology (AIST)—RBI’s parent organization—succeeded at developing a “software program for experiments that, due to human factors, are often very difficult to reproduce.” 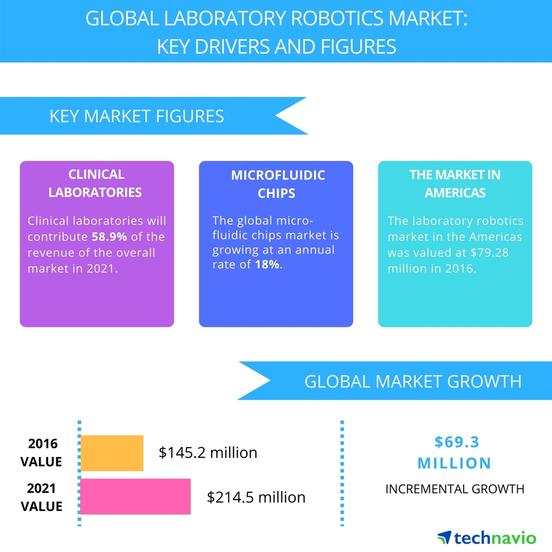 The software and robot eliminated mistakes from procedures that are susceptible to human error. “Automation is expected to help improve efficiency in the development of new drugs.”

One such experiment was measuring various proteins in a cell, which when done by hand is very difficult to accurately measure, especially with consistent reproducibility. The robots, however, “could measure the amounts of such proteins by discrepancies of about 20 percent.”

A key development for RBI is its software and easy-to-use GUI (graphical interface). “Researchers can describe experimental workflows intuitively on their PCs. And each workflow is translated and compiled into robotics operations automatically, so scientists can use our robotic system without the need for coding or programming through keyboards.”

Toru Natsume, RBI’s CSO, as well as the director of the Molecular Profiling Research Center for Drug Discovery, wants to free researchers from drab, error-prone bench life to do more creative work, while at the same time eliminating a very costly and time-consuming bottleneck from laboratory processes.

He points out that “Data consistency and the reproducibility of results always depend on the experimenter’s capability and proficiency. Even for the most capable person in your laboratory, human error has been inevitable in any manual handling process.”

Over the next three years Natsume and his RBI colleagues will market their LabDroid first in Japan and Asia, and then make a quick foray into the U.S. market.  RBI feels that it is distinctly possible to sell between 300 and 500 of their Maholo robots by then.

RBI’s backers
Japan’s National Institute of Advanced Industrial Science Technology (AIST) established the startup in June of 2016. The government’s JST (Japan Science and Technology) is also a founding member, as is Yaskawa Electric, which is the supplier and developer of the dual-arm robots (LabDroid’s arms have 7-axes each).