Many businesses could shutter completely if robots don’t step up and fill the mountain of available jobs. With big change comes big opportunity...and Japan knows it 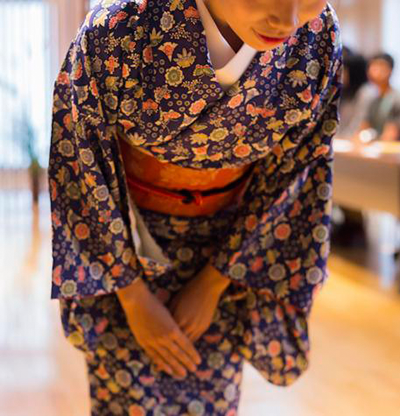 What now?
For waiters and waitresses in Japan, jobs are plentiful. For every applicant there are 3.8 wait jobs to choose from, which means 2.8 wait jobs go wanting. For drivers, there are 2.7 jobs per applicant, while for builders the ratio is 3.9 to 1.

That, of course, means that things don’t look as plentiful if you own a restaurant, a trucking company or want to build a shopping mall. Finding enough workers is just about impossible. A recent Financial Times headline says it all: Japan worker shortage has only one winner so far: robots.

That Japan has a rapidly aging population and therefore a more than abundant supply of retirees—which is central to the glut of job openings—is old news. But just how rapid is all of it taking place, and how close is the country to an equally rapid “robo-conversion” from jobs formerly worked by humans to the same jobs taken over by robots?

By extension, which countries are next and why, and is Japan’s situation— a good case study that foreshadows the future for the rest of us?

The fallout from a dearth of available wait staff is easy to see: it has resulted in a wave of restaurants curtailing their 24-hour services. That not only means lost jobs and wages but also lost revenue for an industry that runs on slim margins.

“Yoshinoya Holdings Co. ended overnight operations at 521 of its ‘gyudon’ beef bowl restaurants across the country, amounting to 40 percent of the chain.”

For Yamato Transport, the biggest challenge is recruiting the long-distance drivers to service company’s 69 sorting centers. Yamato has had to rearrange routes and consolidate sorting centers in order to keep the workflow stable.

“From small restaurants to giant conglomerates,” reports the Financial Times, “businesses are battling to adapt to a world where they cannot dependably hire the people they need.”

However, if Japan can navigate its way through gloomy times littered with unfilled job vacancies and an aging populace, there’s an unprecedented technological advantage awaiting its reemergence that will also benefit the rest of us. 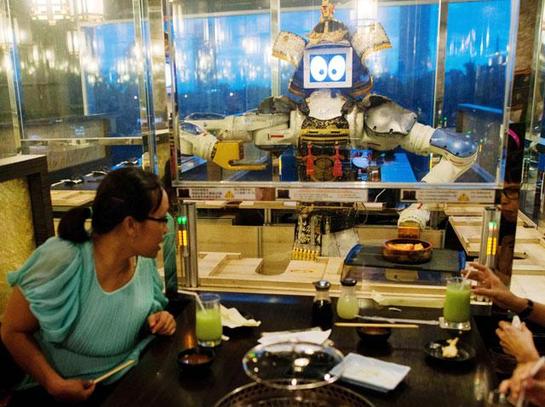 Robo-conversion
Between pleas from business owners for more workers and the loss of revenues and eroding tax base sits the idea of “robo-conversion”: wherever possible substitute robots for humans; and wherever impossible try to quickly develop a robot solution that’s got a reasonable chance of success.

It’s a pillar of Prime Minister Schinzo Abe’s Industrial Revolution Driven by Robots campaign to alleviate worker shortage while simultaneously jumpstarting Japan out of its financial doldrums. Abe projects a doldrum-busting domestic market for robots in the non-manufacturing sector tipping out at $10.6 billion in 2020 from $147 million today. And that’s just for starters: a badly needed bump in productivity will attend the Robot Revolution.

Additionally, Japan’s New Energy and Industrial Technology Development Organization,  forecasts Japan’s in-home housekeeping robot market to expand to $138 million by 2025 and then swell to $757 million by 2035.

A beginning at priming the service side of the “robo-conversion” pump can be seen in places such as the restaurant at Huis Ten Bosch, a Dutch-themed resort in Sasebo in southwest Japan.  “The restaurant has 30 robots — most of them supplied by Japanese manufacturers including Yaskawa and Toyo Riki — supported by seven employees to operate the restaurant which has more than 100 seats.” Management claims that the robots have immediately boosted efficiency and attracted more customers.

Such “robo-conversions” are not uncommon in Japan. Thousands are being deployed and found successful…and some not so much. Tens of thousands more need to be attempted and made successful in order to put any sort of meaningful dent in the accelerating age/workforce dilemma.

A recent Pew Research Institute study plotted the sad demographics plaguing Japan’s employment scene. From what’s called the “old-age dependency ratio”, which is the number of people age 65 and older per 100 working age people (age 15-64), Japan is not in good shape.  The United Nations projects there will be 72 elderly for every 100 working age Japanese by 2050, up 36 percentage points from 2010.

Japan is not alone, but is merely the first of many countries that will need to deploy their own Industrial Revolution Driven by Robots very soon. Leading the list after Japan: Korea, China, Germany, and Spain. 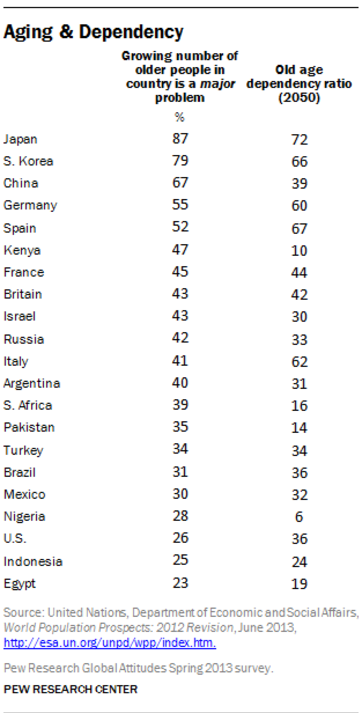 Japan’s triple-barrel advantage
What will Korea, China, Germany, and Spain do about the problem? Probably look to see how Japan is doing, and then copy whatever is successful. Countries on the lower end of the Age & Dependency chart—Indonesia, Pakistan, Brazil and the U.S.—have a bit of time yet, but not much.

It’s the making of another windfall for Japan selling machines, IP, and know-how around the world.

Nicholas Smith, CLSA’s Japan strategist, sees advantage in Japan’s position as a world-leading robotics innovator in a country where 55 percent of listed companies are net cash and able to spend big on labor-saving capex. At the same time Abe’s government is“enthusiastically giving all the funds and support it can to labor-saving technologies.”

No other country can lay claim to that kind of triple-barrel advantage of private and government cash together with world-class robotics technology.

On the developer and startup side of the ledger, these will be heady times ahead for great ideas and machines with promise. Japan, flush with cash and a willingness to spend, while being very short on time, will grow through acquisition wherever and whenever it hits a snag.

The snags are looming everywhere.