“With the help of SRT’s new SFG-S food-grade fixture, replace some manual sushi sorting:
How many times faster will it be?”

Special Note: The scenarios described prudently are only representative case analysis, not the application status of all enterprises in the industry, and the products involved can be formulated according to the actual working conditions of the enterprise. 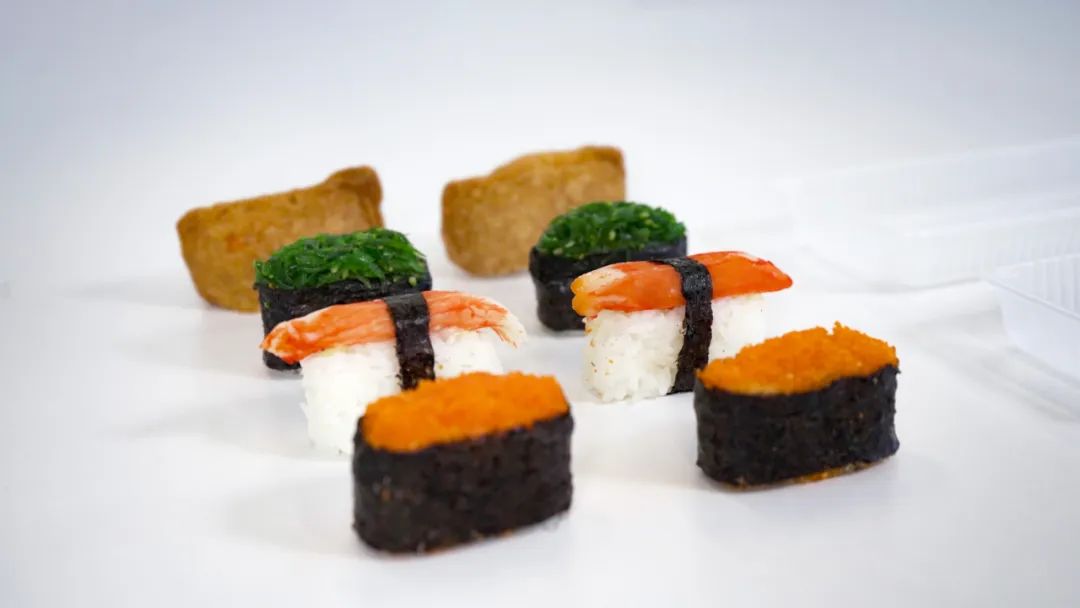 Sushi is a unique and representative food in Japanese cuisine.

Talking about the popularity of sushi in Japan is like dumplings in China.

This news will undoubtedly send a positive signal to the majority of Japanese producers in advance, and increasing production with quality and quantity has become the first priority. 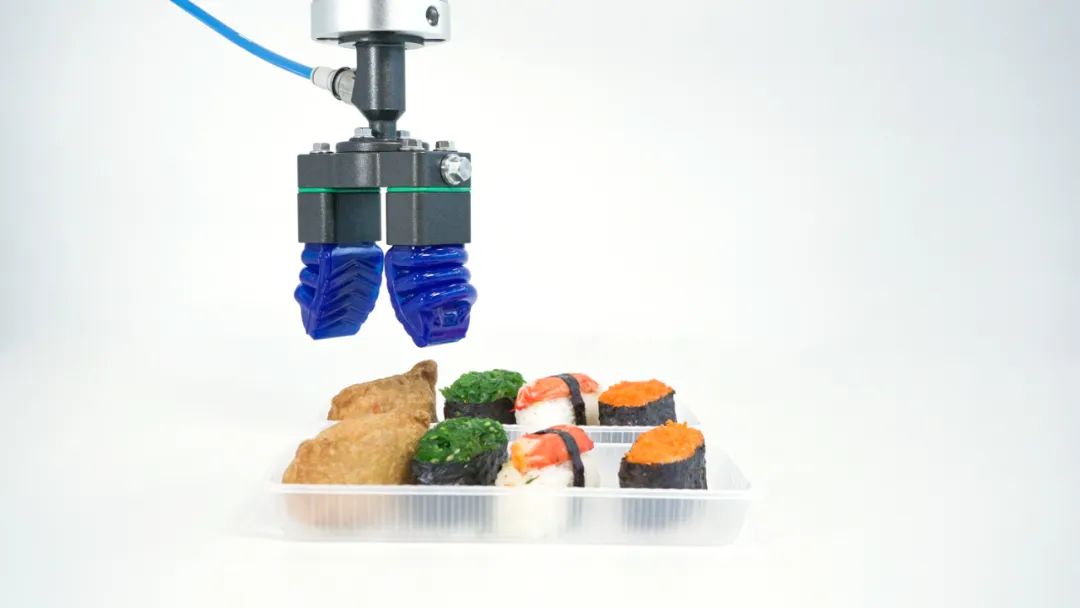 Sushi production
“All operations related to food are not as simple as they seem. Just like Japanese sushi making, it is equally simple and complicated.”

Once, a gourmet commented on this in a show. Strictly speaking, there are many types of sushi. The ones that can be called by name include Nigiri sushi, Warship sushi, Tai roll, medium roll, thin roll, chirashi sushi, Inari sushi and so on. These sushi vary in size, size, and shape.

With the rapid rise of smart catering, the entire sushi industry chain is undergoing the same changes. For sushi manufacturers, the standard production of sushi is gradually replaced by machines. According to statistics, the production speed of sushi robots can reach 1200-5400 pieces per hour, which is more than several times that of traditional manual labor.

In addition, the food industry is very strict about time, and sushi is no exception. From the factory to the front-line sales, the fresh-keeping time of sushi is only about 2 days. In addition, sushi itself is easily scattered and easily damaged. When handling and sorting, it is necessary to ensure that it is handled with care and to improve efficiency, which is by no means easy for manual sorting.

In the event of urgent orders or the need to increase production, the traditional manual sorting method is slightly inadequate. If the production line is upgraded in advance and the SRT “SFG-S food-grade fixture” is installed on the original production line, it will not only achieve twice the result with half the effort, but also deal with the production capacity problem during peak periods. 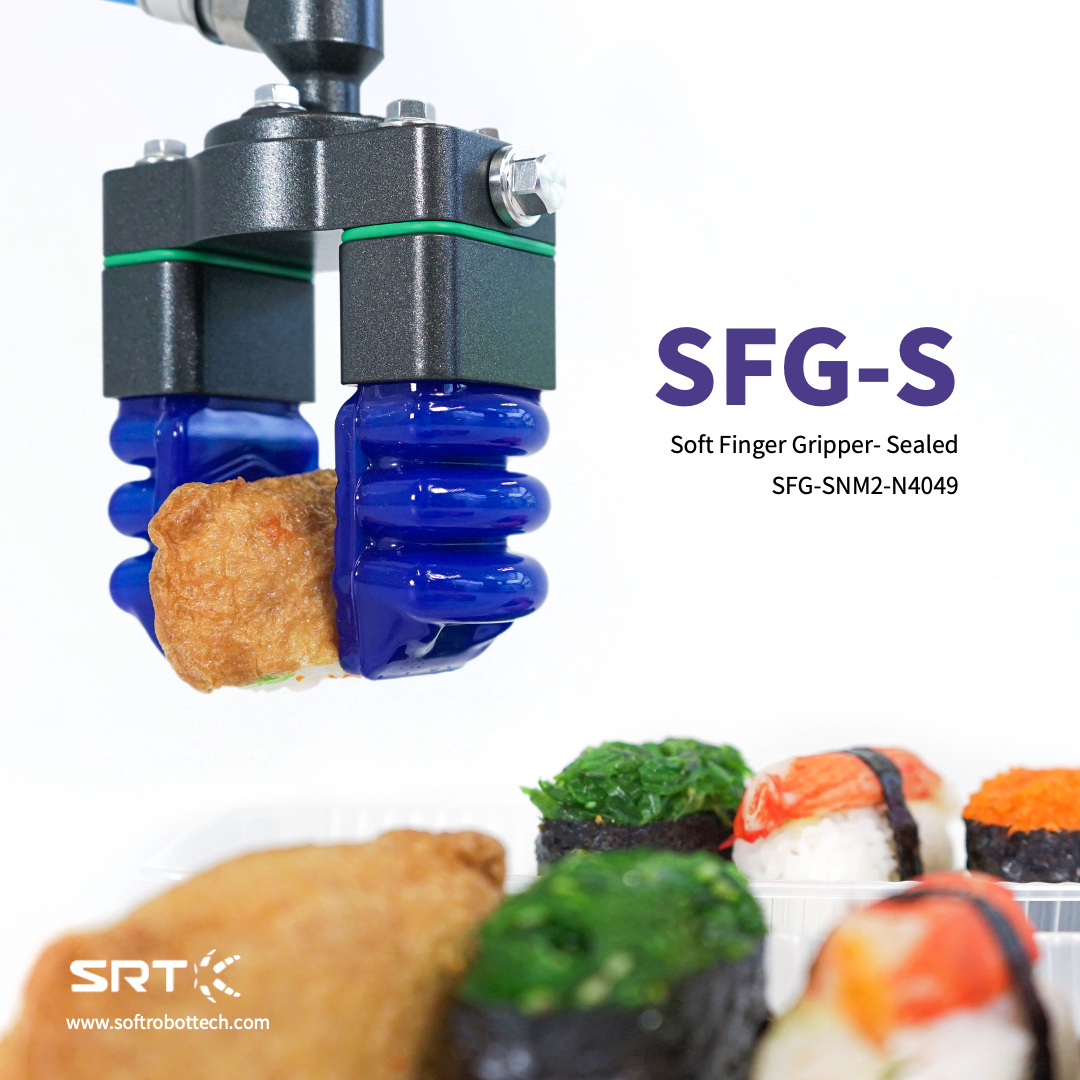 Sushi sorting
Whether it is sushi handling on the production line, sushi boxing, or robots in smart sushi restaurants instead of manual food pickup and delivery services, food-grade fixtures with “flexible technology” are inseparable. SRT’s latest “SFG-S food grade gripper” is such a gripping artifact designed for the food industry.

The SFG-S food-grade jig not only has a flexible touch, but also has the characteristics of a human-like wrapping grip, which avoids problems such as high product defect rate caused by damage to the sushi surface.

At the same time, the jig has good adaptability, and will not be unable to grasp due to different types, sizes, sizes and shapes of sushi.

The friendliness of the SFG-S food-grade clamp for sushi also comes from the precise control of the output air pressure, and the fingertip thrust can be adjusted between 0-25N, which increases the protection of the grasped object.

Certification authority
The SFG-S food-grade gripper fingers produced by SRT are made of food-grade silicone, and have passed the US FDA testing and Japan JFSL370 two-way testing certification. It is a pollution-free gripper that can directly contact the food surface . and reliability.

Efficient protection
The gaps on the surface of the SFG-S food-grade fixture are all sealed with food-grade fluorine rubber rings to prevent food residues from intruding into the fixture, and the product protection level is very high; and the fixture is designed with hygienic grade. Effusion. 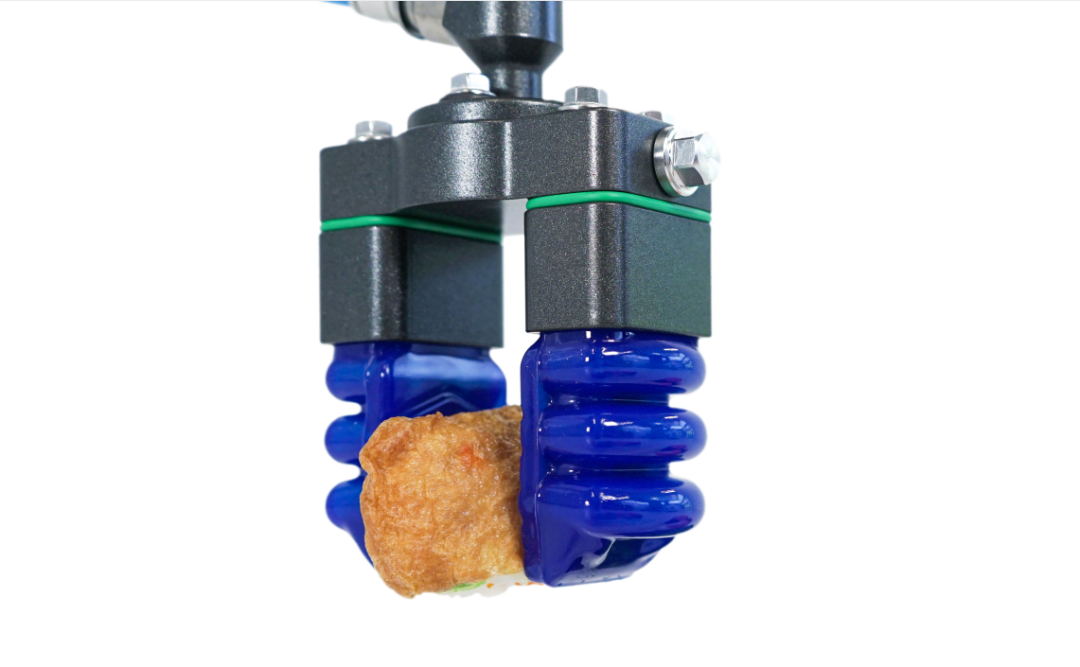 Extremely easy to clean
SFG-S food grade clamps have good corrosion resistance, hydrophobicity, non-stickiness and abrasion resistance. During the transportation of sushi, even if the surface of the fixture is stained with sushi (oil stains), chocolate sauce, soy sauce soup, or food residue, it can be washed with a high-pressure water gun. Moreover, the fixture has anti-corrosion effect on neutral detergents and can be used in moderation.

Food safety
It is worth mentioning that, in order to reduce the repetitive work frequency of workers, SFG-S food-grade clamps can replace some manual work. The gripping speed of the clamps is very fast and stable, and the maximum operation frequency is as high as 300CPM (that is, 300 openings and closings per minute). This can not only achieve the optimal ratio of cost reduction and efficiency increase, but also ensure food safety issues to a certain extent, and truly achieve traceability, preventability and avoidance of food sources.

Age of intelligence
The age of intelligence has never been afraid of innovation. In this process, SRT took the step of exploration. With the continuous increase of new technological elements, SRT continues to strengthen its independent research and development capabilities. Each product has undergone a thousand trials and tribulations before it comes out.

While accelerating the transformation of the industry, it helps to continuously improve the industrial production efficiency. In short, on the road of becoming a game-breaker in the food industry, SRT has found its own way to open up .

You can speak to an SRT expert to guide you to the right solution.