ELITE’s cobots are being utilized at a Portuguese plastic manufacturer which saw a rise in plastic tubing orders for stereoscopic planting. 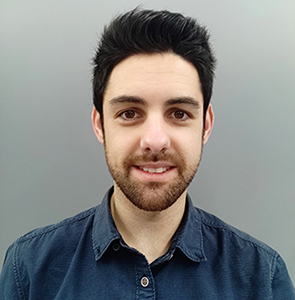 After careful consideration and comparison, we decided on Elite Robot.
We were aware that the price had to be significantly lower than the market leader.
Meanwhile, the free training program was also an important point.

by Henry Lenard
“Always easier than before” is the tagline of ELITE ROBOT, and the Chinese collaborative robot firm is finding that companies in a range of industries around the world are successfully putting that to the test.

Shanghai-based ELITE ROBOT was created in 2016 as a spinoff from Beijing University of Aeronautics and Astronautics, now known as Beihang University.

ELITE has passed the 10,000-unit production mark and has quickly grown beyond its original Asian base. It is expanding into new global markets in a range of sectors, including plastics, automotive, electronics, packaging, logistics, metal fabrication and chemical processing, among others.

“There are a lot of benefits of ELITE robots. Their flexibility and ease-of-use allows workers to deploy the robot from one workstation to another very quickly and whenever necessary,” said Robot Product Manager Jorge Neiva of Portugal-based Equinotec, which became ELITE’s first European distributor in mid-2020. 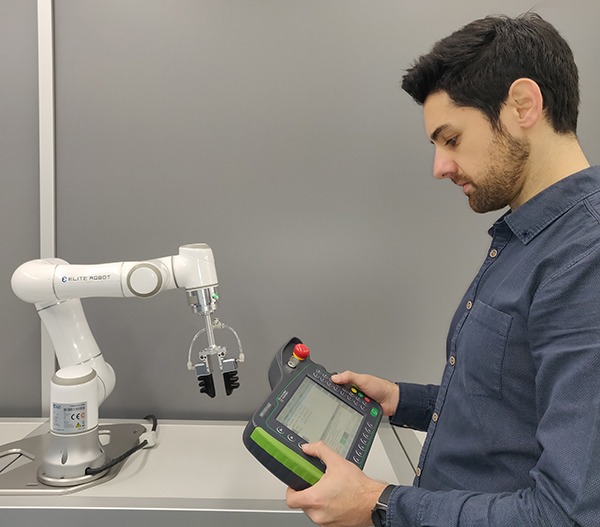 ELITE’s entry into the European market is no surprise. European manufacturing companies were the early adopters of cobots with the introduction of Industry 4.0 manufacturing principles. According to Dublin, Ireland-based Research and Markets, it is the world’s biggest collaborative robot region, with 2019 cobot sales of $373.47 million and an estimated 41% of the global market share.

While the global Covid-19 pandemic negatively impacted many European manufacturers, slowing production and growth, as countries are returning to normal, cobot sales are expected to rapidly climb. The European cobot market is expected to grow at an annual rate of more than 40%.

As various sized plastic tubing is used, the company was having its workers pick and place the tubing adjacent to the drilling equipment for hole punching. A single worker could have to perform up to 2,000 turns a day. The company was looking for an automated solution to replace the manual operations, but it needed one that could meet flexible requirements of multiple varieties.

Equinotec recommended ELITE’s model EC66 cobot with a 6kg payload for the material handling application. The cobot can handle tubes with different sizes and diameters. Its accuracy allows it to drill holes in the desired positions, running 24/7.

The compact cobot occupies little space when installed. Its robotic arm grabs a pipe on the feeding mechanism, moves it to the other side and inserts it into the casing, where the drill hole punches it. The cobot then sets it aside. The whole process than approximately 10 seconds.

It is not necessary to modify the production line, as the ELITE EC66 can be easily programmed for different material sizes in the production process. The company was able to recover the cost of the cobot in less than 10 months.

“It’s a great investment as a medium-size ELITE cobot costs what a single worker would for one year. This means your ROI can be achieved in a year for a one-shift application or sooner for a multi-shift application,” said Neiva. 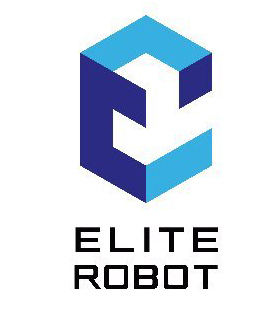 Neiva said that after Equinotec ordered its first ELITE robot, it did a variety of tests to check its technical specifications. As a result, Equinotec was able to help ELITE improve some aspects of its robot line to make them more suitable for the European market according to the CE certifications.

All ELITE cobots are programmed interactively with a PC and drag-and-drop teaching, simplifying the programming logic, and dramatically reducing debugging time.

Unlike a traditional industrial robot which is generally kept behind a protective safety fence or barrier, every ELITE cobot is designed to work side by side with humans in the same space. The result is a bridge between the fully manual and fully automatic production modes.

Another example is a European-based automotive component plant which is using ELITE cobots to work alongside a human operator on its assembly line as part of its flexible manufacturing initiative to improve overall operational efficiency.

The factory employs more than 1,000 workers and manufactures a range of standard and customized automotive parts. In work originally done manually, an ELITE EC66 cobot is now deployed as an end-of-arm screw gun to perform approximately 5,800 screw tightening acts in a 16-hour cobot workday.

In the process, a bracket and cushion are first assembled by an operator, then the screws are pre-positioned before being fed to the cobot tightening station. After the robot detects that the workpiece is in place, it will lock those screws. The product is then removed by the operator and transferred to the next step in the assembly process.

The robotic arm provides a torque of 7.5Nm and completes each tightening task in 16 seconds. A single EC66 cobot can process up to 180 products per hour. It can be programmed to recognize the type of part being handled and follow the corresponding instructions.

According to Neiva, the robot is superior to a human worker at performing this task as it can hang the tool for long periods; maintain its orientation; withstand the torque forces involved; and perform the task with high repeatability. This also frees the worker to do such other tasks as pre-assembly and inspection.

Neiva noted that there are tasks common to several industries where the cobot is a valuable asset, including assembly, gluing, packing, palletizing and machine tending, among others.

“ELITE cobots have a great design and technical specifications, making them the worker that everyone would like to have in their company. They allow companies with less skilled workers to become more competitive and be able to guarantee the quality of their products,” Neiva said. “They also have a fair price, which makes them very attractive.”
CONTACT: ELITE ROBOT