The message coming across loud and clear is that Round Two begins here and now…and that we're all in it together...or else!

Round one is over, isn’t it?
Lately, I think that we can all feel the difference. A release of sorts. Here in the first few days of 2019 we’re at long last  shaking off the first blows of robot disruption and readjusting our psyches a little bit in response?

We’ve become better prepared at recognizing any real threats from the roiling background of hysteria that has been the public dread of robots taking over every square inch of our lives?

Maybe this daily ratcheting up of techno-hysteria was what life was like back in the days of dreading nuclear holocaust: fearfully looking skyward for bombers and then ICBMs seemingly for decades on end. 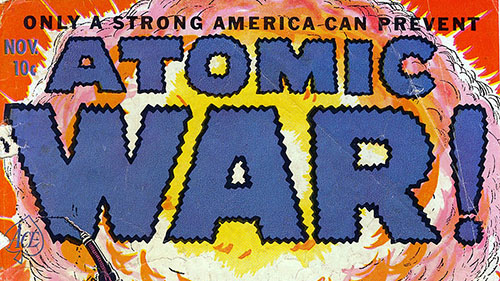 Now its robots, but curiously, hasn’t fatigue from the hysteria surrounding robot disruption begun to settle in? Aren’t we getting just a bit tired of all the digital ink hurled our way about whose job and when is going to get a pink slip from a robot replacement?

Fatigue eventually arrived for ICBM anxiety as well, and Hollywood told us so through the dark humor of 1964’s Dr. Strangelove or: How I Learned to Stop Worrying and Love the Bomb.

Robot fatigue has come upon us much more quickly. And that’s a good thing.

Tick-tick-tick
To my way of thinking, the first stoking of our robot fears arrived the evening of January 13, 2013. That’s when 60 Minutes’ Steve Kroft helmed March of the Machines. The machines in the title being robots. Remember that evening? We’ve been suffering ever since. 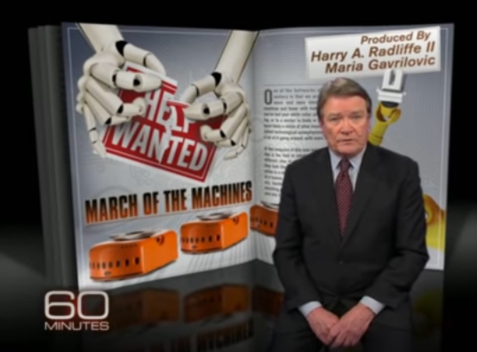 MIT’s Sloan School duo of economics experts, Erik Brynjolfsson and Andy McAfee, were guests. Their book, Race Against the Machine, a tone poem on how “information technologies were affecting jobs, skills, wages and the economy” was out.

At one point, in response to a Kroft question, Brynjolfsson replied: “Technology is always creating jobs. It’s always destroying jobs. But right now the pace is accelerating. It’s faster we think than ever before in history. So as a consequence, we are not creating jobs at the same pace that we need to.”

To which Andy McAfee chimed in: “And we ain’t seen nothing yet.”

When I watched him say that, I knew immediately that media would have a field day batting around a new bad boy on which to pin the country’s economic and unemployment woes: robots.

The very next morning, seemingly every print and online media provider was electric with headlines about robot job snatchers putting everyone on the dole forever.

Every radio or TV interview that I did, as well as interviews by phone with reporters, no matter how good the tech chat about robots, always ended with the ambush question: “Do you think robots will take millions of jobs? Would you mind commenting on that?”

And daily the headline rant was unrelenting, and grew louder.

Robot bashing news stories were suddenly in vogue and growing exponentially. To Google “robots take jobs from humans” would return millions of results.

The 2013 Oxford study The Future of Employment detailing a bleak future ahead for 702 different job classifications fueled even more worry.

Much later, I asked Andy if he had any idea how much of a media firestorm would ensue from his casual but empathic remark.

He shook his head, smiled and said no. He was totally surprised by the outcome. By that time, he and Erik had put out their remarkably good The Second Machine Age, which went a long way at showing humanity’s lead role in the rise of robots.

For sure, Erik and Andy weren’t the instigators of the news avalanche, but when 60 Minutes showcases just about anything, it gets major media attention. The timing was perfect for their 13-minute slice of prime time to erupt into something widespread and lasting.

Nearly six years on from that fateful evening with March of the Machines things have mellowed a lot. It seems to me that the titillating headlines are far fewer and people are paying them less heed.

Sure, a week doesn’t go by without some headline somewhere tossing us back into robot angst, but they are decidedly less prevalent. Maybe we should do an analysis just to make sure. A quick bar chart would show a distinct drop in scary headlines from Steve Kroft until now.

Human resolve
In some measure, we’ve learned a lot in six years. We’re even getting to know these robots as something other than scary, job-stealing monsters.

Maybe it’s because thousands of these machines are now living with us. Thank you, Jeff Bezos! We’re carrying on conversations with them in our living rooms; our kids are as well. There’s more than a few websites with titles like: 101 Fun Things to Ask Alexa. More are surely to follow. And more Alexa-type encounters in living rooms worldwide are on the way.

China’s Alexa is LingLong DingDong (LingLong, Co., Beijing), which the company says understands either Mandarin or Cantonese and can communicate with 95 percent of the country’s 1.3 billion people.

Just like Fido, these newcomers are getting names and becoming members of the family; but this Fido can speak, and that’s a sea change for household pets.

The first round of robot-induced disruption has arisen and crashed over humanity; and after a prolonged bout of alarmist forecasts from people who should probably have known better, we’re recovering and are now looking at this “the rise of robots” with fresh eyes and a clearer mind.

For many, robots aren’t so very terrifying any longer.

Actually, what we’re seeing isn’t so bad. In fact, there’s even a silver lining beginning to emerge and present itself to us. Maybe we should be calling the moment “the rise of human resolve”.

It’s something humans do well: they resolve to do something, and quite simply, do it. Much like the Nike swoosh. Robots aren’t quite there yet with resolve; they may never be.

The key to what appears to be the beginning in a change of attitude toward robots has come from understanding them, which, in turn, has been generated by learning and communication, carried out by all the tools that we now use to learn and understand the world around us.

It has taken six years since that evening with Steve Kroft to learn about and to communicate to each other what we’ve come to understand about robots, and it’s now starting to show. That information exchange is having a profound effect.

We have resolved to learn as much as we can about robots in order to better understand how we both fit in with the future, because we have come to realize that we’re both going to be here together for a very long time to come. We are beginning to resolve just how that human-robot, planet-sharing experience is going to take shape and work to the benefit of each.

My LinkedIn connection
Much of this information exchange, communication and attitude change I have watched coming through Asian Robotics Review’s LinkedIn posts.

The thousands who have joined us and have shared their content through our LinkedIn updates since our launch in February of 2017 have collectively transformed Asian Robotics Review’s LinkedIn site into a kind of part learning center, part mini-university course, part think tank…as well as a very cool place to hang out. 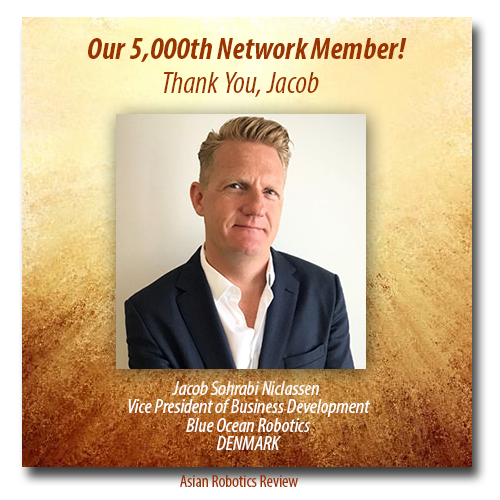 Just twenty minutes or so of watching the updates arrive with first-rate articles, papers, videos or original writings is amazing to me. On my own, I would never have been able to Google or otherwise encounter such great stuff.

These LinkedIn updates are politely screaming out that our times are changing fast, that our perception of robots is being reshaped, and that we are responding to “the rise of robots” in fascinating new ways with a fascinating new voice.

Best of all, there’s solidarity of purpose in those updates, and it’s refreshing.

Sure, the thousands from around the world who have joined us on LinkedIn are for the most part professionals in IT, robotics, engineering technologies, science or business, and as such make up but a fraction of all those affected by the rise of robots; but there’s no getting away from the fact that these folks represent the vanguard of opinion that will soon come to dominate thinking on our relationship with robots.

It’s just a difference in time; they are a few nano-seconds ahead of everyone else.

If our LinkedIn updates are any measure of what’s to come, then human resolve is in great shape.

The message that is coming in loud and clear from our LinkedIn updates is that Round Two begins here and now in 2019…and that everyone is raring to go.