“The Centers for Disease Control and Prevention (CDC) estimate that 1 in 6 Americans is annually sickened from contaminated foods—3,000 die!”

The magic in our hands
That delicious-looking chicken breast the waiter just slid in front of you has been on a long, strange journey to your table. A journey you may not want to know about.

Actually, you shouldn’t have to know about it…nor worry. But…

What role will the new technology behind soft robot grippers play in taking disease-carrying humans out of the food processing loop?

A recent article by Clive Thompson, Small, Flexible, Responsive and Sometimes Weird. The Next Generation of Robots Is Here, points the way forward.  The entirety of his article is fascinating, but it’s to his Chapter 3, Trying to Copy the Human Hand that shines a spot light on soft robotics for the food industry; a dismal place where foodborne illnesses cost the U.S. more than $15.6 billion each year.

Clive Thompson
for Aventine
The ability of robots to manipulate an object –– to grab it, pick it up, move it around –– is often compared, dismally, with the amazing facility of the human hand. That’s partly because our hands are so flexible; each one has 14 joints, or, in robotics terms, “27 degrees of freedom.” Human skin also has a useful softness, deforming gently around objects as we pick them up. 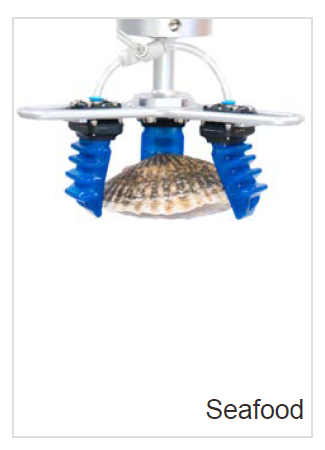 Through the sense of touch, we can determine with exquisite precision how tightly we’re grabbing something, and vision allows us to pinpoint how far away an object is from our hands. Lastly, humans have common sense and semantic knowledge. We know basic facts about the world. We know that a pencil is going to be lighter than a brick, and also that while an empty shoebox is bigger than a brick, it is much lighter.

We can look at a jumbled pile of household items, see the corner of a wallet poking out from underneath, and — from that tiny part — know that an entire wallet is in there, hidden. A remarkable bouquet of technical tricks goes into our ability to pick up a pen, a broom or a bicycle. No one fully understands how humans do it.

In comparison, robot grippers have only very crude versions of these human capabilities. At the highest level — common-sense reasoning about how objects work — robots have nothing; artificial intelligence is not able to replicate the myriad abilities that allow humans to effortlessly handle millions of objects. And the actual manipulator — the fingers or hand that does the grabbing — was until very recently almost always some variation of the two-fingered pincer. It was made of metal (sometimes with rubber or plastic too) using an architecture that had been pretty consistent since the early days of the Unimate.

To be fair, that style hasn’t really needed to evolve. Traditional metal grippers have worked fine in large-scale manufacturing, where a robot often picks up the same part over and over. But just as factories making cars, radios and computers inspired roboticists of the last century, the explosion in e-commerce today has been inspiring them to create grippers that can pack up all our purchases and send them off.

In 2019, e-commerce accounted for 11 percent of U.S. retail sales, up from 9.9 percent in 2018, according to the U.S. Census Bureau. In 2020, the pandemic caused online shopping to rise by fully 31.8 percent between the first and second quarter of the year.

And though large e-commerce and shipping companies like Amazon and FedEx are highly (but far from fully) automated, many smaller companies are not. Accurate numbers on this are hard to come by, but DHL Trend Research estimated that 80 percent of shipping work –– lifting, grabbing and packing –– was done by people in 2016. More recently, MHI, a non-profit trade group, published a report surveying industries involved in a much larger sphere of work –– material handling, shipping and supply chains.

In 2020, only 39 percent of respondents claimed to be currently deploying robotics and automation, while 73 percent expected to be using the technologies within five years. And although the long-term effects of Covid-19 on consumer behavior won’t be known for a while, it seems clear that the huge surge in e-commerce demand over the past year will accelerate online shopping habits. This will prompt more and diverse retailers to hunt down tools that will allow them to cultivate and streamline online sales.

“Rubbery” fingers
One result of all this has been a rush by roboticists to replicate some of the magic contained in the human hand. One such roboticist has been George Whitesides, a chemistry professor at Harvard who co-founded Soft Robotics and pioneered the rubbery fingers. 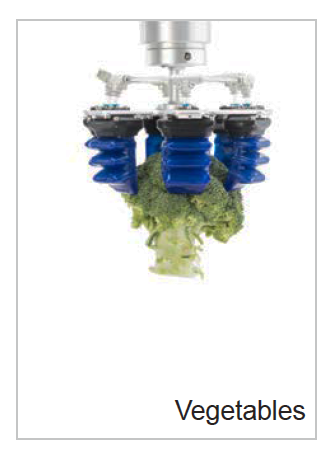 His breakthrough came after years of puzzling over the challenge of manipulation. One of things that historically made manipulation so hard, he observed, is its computational intensity. The simple act of efficiently grabbing an object requires visual recognition (assessing where the object is), planning (figuring out how to reach the object) and feedback sensing (how firmly to grasp the object).

“To pick up a strawberry,” Whitesides explained, a traditional gripper would need an enormous amount of data about the strawberry’s location and firmness. “You have to have sensors and that information has to be fed to the computer.”

But he realized that when humans grab objects, some of the hard work isn’t done by our brains. It’s done by the physical properties of our bodies — the flexibility of our limbs, the softness of our skin. This, he argues, is part of what makes human fingers so powerful.

Our sensors — touch and vision — are remarkably accurate, but our fingers are also quite forgiving: They deform around objects we pick up, and thus compensate for any errors made in visually figuring out the location of the object. So he wondered: “How about having the material be the controller?” Some of the required computation could be transferred to the material of the gripper, as it were.

Indeed, he also suspected that human hands weren’t necessarily the best grippers to emulate; the octopus, with its exquisitely prehensile tentacles, would be even better. In 2011, Whitesides began publishing the results of experiments on the value of softness in gripping. In 2013, he co-founded Soft Robotics to take his products to market.