“Fallout from the COVID-19 pandemic is increasing demand for robotics in warehouses and distribution centers, G2P systems are an easy and economical way to not only enforce social distancing, but also improve productivity.”— Dwight Klappich, Gartner

“Through 2023,” says Gartner, “demand for robotic goods-to-person (G2P) systems will quadruple.” That’s a hefty increase, but post-COVID anything is possible. On the heels of that forecast comes Thomas Andersson, principal analyst & co-founder of STIQ Ltd t/a Styleintelligence (London), who is out with yet another of his well-known and well-done industry research studies. Goods-to-Person Solutions 2021, is an exhaustive 44-page look at world of goods-to-person logistics and where it’s all headed.

One of his favorite research techniques, it seems, is to carpet-bomb everyone in the target industry with cellphone calls to engage with them in-depth on anything and everything. This time out he reached 73 companies, including 6 retailers on 3 continents (combined revenue c.$150B) and 4 x 3PLs (combined revenue c.$40B). His observations and analysis he lays out in a series of interesting bullets interspersed with quotes in italics. It’s refreshingly readable, and at the same, it’s packed tight with data and information of note. Read a few pages, and you will learn a lot. I did.

It’s a free download, so get a copy and get enlightened. 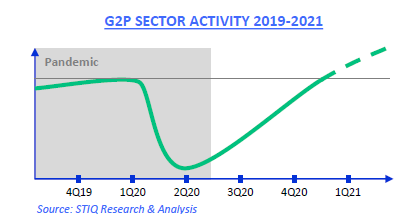 “Yes we, our business was a little bit affected for the 2-3 months of the shutdown. But yeah. We had a lot of project that were postponed. Some projects were postponed between March and May… But just after the shutdown, the activity restarted with a lot of new projects. Most of the new projects were different to before. A lot of them were ecommerce. Of course, we have projects stopped in industry but they were stopped.” [Scallog]

“So yes definitely I’ve seen many customers wondering about automation. Particularly the ones who lived a booming in eCommerce you know. We had customers who called us to help to find solutions, even quick and dirty, to cope with the unexpected and very high volumes of eCommerce.” [Mews Partners]

“Year to year before 2020,  ecommerce was growing around 40%, but the pandemic accelerated the  ecommerce process,  so we jumped almost 5 years forward.” [Falabella]

“To be quite honest and I hate to take advantage of a bad situation, but starting at the end of 2020 things really… have been picking up significantly and I think that’s across the industry. I can tell you, by the end of January, we already contracted 40% of our revenue plans for 2021.” [Tompkins Robotics]

HYPER ACTIVITY IN THE G2P SPACE

“Berkshire Grey, a logistics automation provider, will go public through a merger with SPAC that would value the company at $2.7bB. According to many market databases, SPACs are raising more money than traditional IPOs –During Jan. and Feb. 2021, SPACs have raised $38.3B, compared with $19.8B by traditional IPOs. Many industry experts are expecting this trend continues throughout 2021.” [Taeksung Lee] 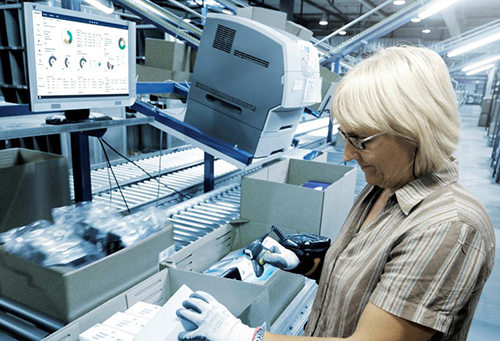 “But I think the market right now it is really active both in terms of demand in terms of capital, we’re seeing companies raising capital like crazy right now. So, from the market outlook perspective, I will say yes, it’s a good timing, but at the end of the day boils down to what are the alternatives for the ownership, right?” [Anonymous Vendor]

“So, this will be a very exciting story, how this will develop in the future but my belief is there will be consolidation…” [SICK]

Side note on SPACs: “How Hedge Funds Are Fueling the SPAC Boom” Financial Times

“SPACs raise money from investors through a public listing and use that cash to hunt for a private company to then take public. In the US, which accounts for the bulk of SPC activity, 235 vehicles have raised $72B so far this year, according to Refinitiv.

“This is closing in on the record-breaking $78bB mustered by 244 SPACs last year. Hedge funds can earn lucrative rewards, while facing little risk if the deal goes awry, because of the unique structure of SPACs. Falcon Edge, which manages $4B in assets, was up 43 per cent last year.

“A unique quirk: There is little risk of losing the original investment because cash is put into a trust that invests in US treasuries and shareholders can ask for their money back at any point.”