Micro-fulfillment and the last mile

Warehouse “Anywhere” Gets $2.8B from Softbank

Closer to customer with MFC
Getting closer to the customer is always a good idea and micro-fulfillment centers (MFC) do just that. A warehouse that can fit in anywhere, in any geometry, especially in any dense urban area, has lots of advantages; and Norway-based AutoStore, with its ultra-dense Cube Storage Automation tech, is a leader in that space.

“Micro-fulfillment focuses on the last mile, said Rudolf Leuschner, associate professor in supply chain management at Rutgers Business School. It blends traditional technology and automation with in-store picking, and it has the goal of getting items closer to consumers for speedy delivery or pickup.” 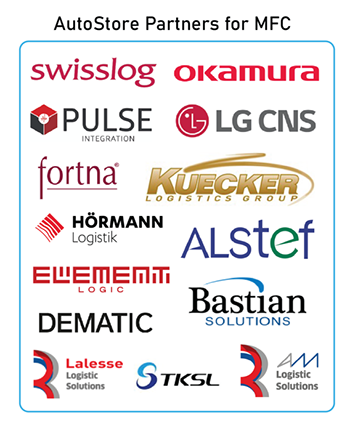 AutoStore’s potential had enough allure to interest Masayoshi Son’s SoftBank to pony up a $2.8 billion for a 40 percent share of the company.

Owned by an investment group led by Thomas H. Lee Partners as the majority shareholder, AutoStore is the logistics brainchild of Jakob Hatteland Logistics (Hatteland, Norway), who in 1996 set out “to store more in less space and improve handling in complex warehouses,” which seems ideal for micro-fulfillment in dense cities. AutoStore was acquired by Thomas H. Lee Partners in 2019.

Hatteland’s Cube Storage Automation currently has over 600 AutoStore installations and 20,000 robots across 35 countries. Masayoshi Son sees great expansion potential into Asia/Pacific, exactly where Bastian, now owned by Toyota Advanced Logistics since 2017, is aggressively selling the AutoStore system along with those of Scallog and Vanderlande.

Sales, designs, and installations of the AutoStore grid system are carried out by a network of qualified integrators who are its partners. That’s why AutoStore’s tech looks like that of Swisslog’s, because it is. Swisslog in 2011 made an exclusive distributorship agreement for AutoStore on a global basis.

Here are the pros, cons and system summary of AutoStore, according to Logistik KNOWHOW:

AutoStore system summary: Logistik KNOWHOW
“The AutoStore system is especially suitable for simple logistical warehouse processes. It is usually highly automated and is suitable for small parts (small assortment). It consists of the warehouse structure (grid), the containers (bins) and shuttles (robots) as well as the picking workstations (ports).”

The robot-supported storage and order-picking solution AutoStore, says Logistik KNOWHOW, is aimed specifically at projects that are usually designed to save space; often such a system is installed in an existing building/project in order to reorganize an existing warehouse section and the associated processes or to automate work steps in the course of digitization – usually these are small project solutions in which, for example, the routes of employees within an order-picking zone are to be optimized: Each manual AutoStore workstation describes the type of picking goods to person. 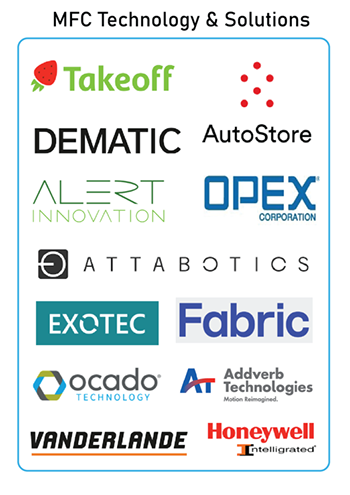 “However, they do have other options, said Nathan Schmies, vice president of supply chain operations at Hub Group, like running a micro-fulfillment center from the back of a retail store.

“Retailers may also opt for “dark stores,” which are only for fulfillment — no customers allowed. In October, two of Macy’s stores went dark, according to The New York Times. Macy’s CEO Jeff Gennette told The New York Times that it’s an experiment in responding to customers who are buying more online and demanding fast shipping for free.

“Whole Foods has also opened delivery-only stores this year as a response to a surge in consumer demand.”

Berkshire Grey’s CEO Tom Wagner said “Over the last 12 months the pandemic amplified the already high pressure to transform, so today it is no longer a question of if companies might transform but how quickly. We are incredibly excited about this transaction, which will enable Berkshire Grey to accelerate growth and provide new and existing customers with our leading robotics solutions.” Such a deal, adds TechCrunch: “would bring up to $413 million in cash for the company.”

In 2020, SoftBank Group Corp.’s Vision Fund 2 lead a $113.5 million investment round in a California-based startup Flock Freight seeking to change the way goods get trucked around the U.S.

SoftBank and AutoStore could make for an interesting team at settling in “Anywhere” warehouses into Asia’s dense city centers like Tokyo, Shanghai, Seoul and Bangkok. SoftBank’s $2.8 billion makes sense.