Power move
5G is ramping up globally, especially in Singapore, and now more than ever Singapore seeks to transform itself into being the world’s first “smart” nation.

According to the city-state’s Research Innovation Enterprise 2020 Plan: Winning the Future through Science and Technology—a transformation plan funded to the tune of $14 billion—robotics and automation are two of “the four cross-cutting technology areas…identified as essential enablers.” 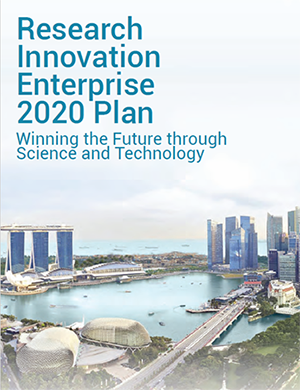 Curiously, the word robotics is used only once in the 45-page document, and the word automation only twice.

Can robotics become a key contributor in shift from simply “adding value” to “creating value”?

Four years ago, our ASEAN Profiles column, Singapore: Seeking a Bridge Between, subtitled “Can robotics become a key contributor in the shift from simply “adding value” to “creating value”? took a look at the relationship between Singapore and its industrial robotics ecosystem.

The article looked at industrial robotics from the viewpoint of the then-Minister for Trade and Industry S. Iswaran’s reasoning that Singapore must “shift from simply adding value to creating value” in order to build a solid economic future.

In terms of robotics, importing robots into Singapore, industrial or otherwise, was seen as “adding value” whereas Singapore developing and building its own robots was “creating value”.

See related:
Singapore: Seeking a Bridge Between
Can robotics become a key contributor in shift from simply “adding value” to “creating value”?

Creating value is an old, tried-and-true formula for Singapore from back in the 1960s when Albert Winsemius, and the nation’s founding fathers, Lee Kuan Yew, Goh Keng Swee and Hon Sui Sen, led Singapore to its modern-day successes. Iswaran, in 2017, was looking at robotics and automation to mimic that success story.

There wasn’t much in evidence in 2017 of industrial robotics “creating value” beyond the only true gem in the country’s domestic robot firmament Hope Technik (see video) and its line of AMRs and AVGs, which were spun off as a separate company, SESTO, in 2018.

Since then, there have been a number of value-added business arrangements like Singapore’s ST Engineering acquiring U.S.-based Aethon Robotics’ line of TUG AMRs, or China-based Gaussian Robotics partnering its automated cleaning robots with Singapore’s IFSC Pte. Ltd., or the many foreign robot makers who’ve set up sales and marketing in Singapore, like GrayOrange, Universal Robots, OnRobot, etc. Valuable tax advantages, ease of doing business, and proximity to markets in Southeast Asia are the primary reasons for foreign makers heading for Singapore. In the long run, none of it creates real value for Singapore.

Creating value
What would create real value is for a domestic robotics ecosystem to take root and thrive, which, in turn, would create well-paying jobs with a future. The research firm, Tracxn Technologies, lists 32 robotics startups in Singapore where there are high hopes for some to breakout as tech and business dynamos.

For example, Eureka Robotics, a startup spun out of Nanyang Technological University (NTU), offers its 6-axis Archimedes, a new robot claiming human-like dexterity, with accuracy “to the tens-of-micron level” for high accuracy and high agility operation. HAHA, as it’s called, is a rare quality in any robot; Eureka says Archimedes is a first-ever.

Making robots is what creates value. From R&D to manufacturing with its own unique supply chains, to sales, both at home and abroad, and to the automation of entire industries. That’s what employs, educates, and empowers the people in the ecosystem. It’s the shift from adding to creating value that Iswaran said was key to Singapore’s success.

Korea’s Hanwha took notice. Hanwha Robotics, formerly Hanhwa Precision Machine Robotics Division, a division of Hanwha Group, partnered with Singapore’s PBA Group to launch Singapore’s first-ever cobot production facility in 2018. Singaporeans are assembling Hanwha’s HCR-5 cobot in Yishun Industrial Park. Now, that’s creating value. Workers will pick up new skills and will go home each day feeling proud of having assembled—having been an integral part of—the making of high quality cobots. Of course, the profits go back to Hanwha’s bank in Seoul, however, a culture of Singaporeans building robots will have been been established. The long-term benefits to Singapore and her people, both monetarily and psychological, are immeasurably better than a foreign robot company with a sales office at Raffles Place. That’s what Iswaran meant by creating value. …a win-win for everyone!

And for Hanwha there’s the opportunity for the HCR-5 cobot to gain popularity and increased market share not only in Singapore but also in nearby Southeast Asia (Singapore’s fellow ASEAN member states). Better yet, in recognition of Hanwha’s commitment, the government will undoubtedly do what ever necessary to keep the cobot plant in the Yishun Industrial Park humming with success.

Made in Singapore (has a nice ring to it)

The government is all in
Singapore’s government has not lacked for legislative support and financing for robotics. Back in 2016, it pledged $335 million over three years for the National Robotics Program (NRP), which was introduced only the year previous. In 2018, it put another $32 million into a joint venture between the same National Robotics Program and state-owned Temasek Holdings, which invests its $306 billion on behalf of the government.  For example, Temasek participated in the $36 million acquisition of Aethon Robotics. To date, total government funding targeted at AI, robotics and supercomputers is a very tech-friendly $670 million. And that government financing is only part of the staggering $14 billion committed to the Research, Innovation and Enterprise 2020 Plan (see above).

As far back as 2016, the government had ponied up $3.4 billion for its Industry Transformation Program, whereby financing was provided to industries to automate, innovate, and globalize.  The non-profit Robotics Automation Centre of Excellence (RACE) helps “SMEs and factory owners to better understand robotic solutions so they can adopt them.” Additionally, SMEs were offered the Automation Support Package with its grants of up to $750,000. There are also financial and tax incentives as well as a $74 million increase to the SME Mezzanine Growth Fund to catalyze growth capital for enterprises through co-investment with the private sector.

Not overlooked by any means, robotics and automation startups have a new development center to allow newbies greater access to support services, innovative technologies and communication networks. Called the Launchpad Center, it houses 800 startups and more than 50 business incubators from a diverse range of industries.

Even bigger is Singapore’s future vision to mobilize Industry 4.0 and its Industrial Transformation Asia-Pacific plans, a place where robots, cobots, automation, industry, education, and people will coexist together in harmony.  The government has taken on the massive, 20-year construction project that it’s calling the Jurong Innovation District (JID), which has received $313 million in new investments over the past year.

Even carmaking is returning to Singapore with Hyundai’s new $294 million innovation center, also located at the Jurong Innovation District.  Prime Minister Lee Hsien Loong says the plant may produce up to 30,000 vehicles a year by 2025.

Are the people ready?
With all the financial and legislative power behind technology in Singapore, one would think that this small city-state, about the size of Chicago with a population of five million, would be wall-to-wall tech enthusiasts, but that’s not the case.

Clarence Quek, a director at Randstad Singapore, had some interesting observations to make in his aptly titled article: The future is tech but where is Singapore’s engineering and IT talent?

Business degrees or STEM degrees, which do Singaporeans pursue? He answers: “The share of graduates with a business-related degree has increased since 2008, according to the Manpower Ministry’s Labour Force reports, owing particularly to more private education institutions offering business courses. And yet, the number of graduates from STEM disciplines has fallen over the same period, even as the number of STEM jobs has surged.”

The reason for this talent gap Quek ascribes to Singapore’s heritage of banking, finance, and trade; the value creating industries that propelled the nation to its first mega-successes.

“The poor talent pipeline and shortage of skilled tech professionals in Singapore has been driven by attitudes,” he writes.

“When asked which fields would lead to satisfying careers, only 9 to 18 per cent said physical science, mathematics, life sciences or engineering, according to a recent 3M global science perception survey.

“This is despite nine in 10 [a full 90 percent!] acknowledging that science is needed to solve global challenges and agreeing that they wished they knew more about science.”

The STEM gap has gotten to the point where Singapore started a recruiting drive for foreign talent. “In January 2020, Singapore’s government launched the Tech@SG program, which aims to help Singapore-based technology companies recruit highly-skilled foreign talent, and expand in the region.”

Other apparent anomalies persist as well, like those in IMD World Digital Competitiveness Ranking 2020, where Singapore is ranked #2, sandwiched in between #1 the U.S. and #3 Denmark, out of 63 nations participating.

“IMD World Digital Competitiveness Ranking 2020 measures the capacity and readiness of 63 economies to adopt and explore digital technologies for economic and social transformation.

“The ranking relies on three factors: Knowledge, which captures the intangible infrastructure necessary for the learning and discovery dimensions of technology; Technology, which quantifies the landscape of developing digital technologies; and Future Readiness, that examines the level of preparedness of an economy to assume its digital transformation.”

The anomalies in the rankings show Singapore clearly #2, having maintained that lofty position two years in a row; but that excellence is offset by obvious weakness pointed out by IMD (see chart below):

Each is far south from the country’s overall #2 slot!

It would appear from the IMD research that Singapore might not need to seek out foreign talent as much if homegrown resources—like more female researchers—could be better cultivated.

However, it’s clear that Singapore has taken on a massive high-tech offensive, with seemingly all stops pulled out and every aspect of government fully committed.