China’s Place in the Robot Universe

Wondering about or mystified over China’s plans for automation and what the industrial robotics market is like in China? Don’t be!

About Andreas
Anyone who knows Andreas Bauer, and there are plenty 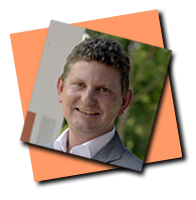 on the planet who do, knows that he is a keen observer of the robotics industry, and has been for decades. He’s seen eighteen years of KUKA, the last ten as a VP; and sat for a dozen years as Chairman of the Industrial Robots Supplier Committee for the International Federation of Robotics (IFR). He was there—and really, really close to the action—when Midea scooped up KUKA for $5 billion; and Angela Merkel’s scream was heard around the world.

Throughout those many years, the industry information, analytics and intelligence that has passed over his desk and through his hands is more than considerable. From the German and EU side of things to the Asian and Chinese side of things, he has a well-balanced feel for global robotics and its future direction.

I’ve known Andreas since the founding of Asian Robotics Review in 2017.  He was always open, forthright, and kind to our fledgling publication that he felt had a unique editorial viewpoint on robotics.  I guess you’d say that we hit it off! Since January, Andreas has been with Leistritz Machinery AG in Nürnberg, about an hour away from his beloved Augsburg.

Last week, Herr Bauer dropped one of his succinctly potent robot perspectives on our LinkedIn network.  I saw it, and liked it a lot. It was his word-perfect algorithm on China’s industrial robotics scene. It seemed to readily cut through the haze of trade war, pandemic, and Sino-fear that’s gripped a lot of commentary lately.

I wanted to share it with our readers, so I asked for permission to do so. He agreed, and included a couple of videos and an IFR report so as to flesh out his algorithm.

It’s directed at anyone who is wondering about or mystified over China’s plans for automation and what the industrial robotics market is like in China. Here goes:

Andreas Bauer’s Big China Picture
“China remains the strongest market for industrial robots: China’s robot base rose by 21% and reached about 783,000 robots working in China today. In 2019, the sales of almost 140,500 new robots in China is minus 9% below the record year of 2018—but still more than double the numbers sold five years ago. So, a very, very impressive growth story. That’s why today nearly every third robot [made] is installed in China.

“To understand better how big the use of robots in China is: the USA and Europe are doing robot-based automation since the seventies; China just started a few years ago. But in the whole of Europe about 25% less robots are working today than in China! In the USA, it’s more than 60% less robots than are installed in China.

“Big picture: a record of 2.7 million industrial robots operating in factories around the world at the end of 2019 – an increase of 12%. Sales of new robots remain on a high level with 373,000 units shipped globally in 2019. This is 12% less compared to 2018, but still the 3rd highest sales volume ever recorded.”

Then along comes Aaron Prather
Prather is the senior advisor for Technology Planning & Research at FedEx. He shoots something through our feed this week. One of the many reasons that I love Asian Robotics Review’s LinkedIn feed: it’s so filled with awesome ideas, intelligent comments, smart chat, and brainy banter from our global membership.

Anyway, as if to add an exclamation point to Herr Bauer’s China perspective, Prather adds his own good stuff on China:

“China has more industrial robot installs than Japan, the United States, and South Korea combined per new data released the other day. 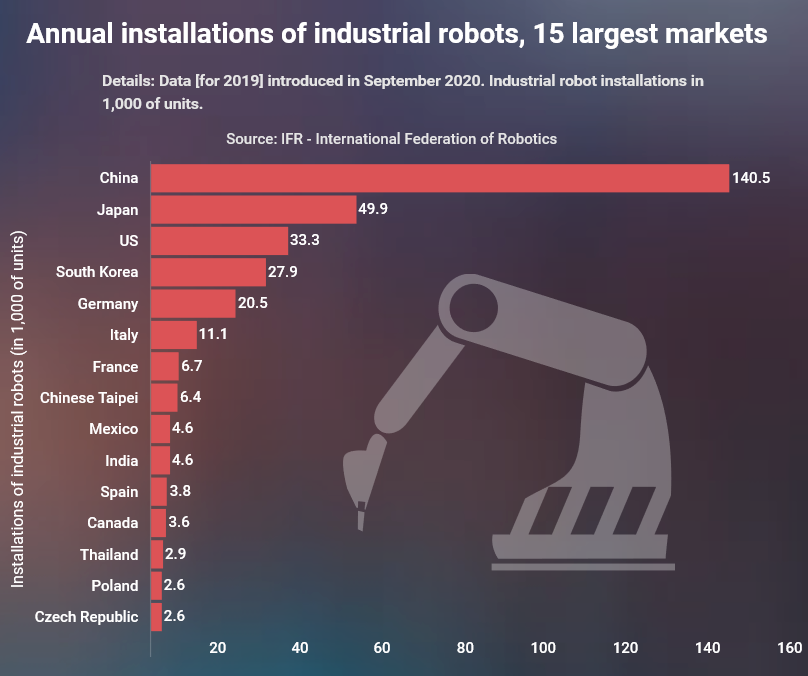 “It is clear that China is going to continue to invest in automation and robotics to continue to grow their economy. This is because automation increases employee productivity by freeing them up from tasks that hold them back. These investments will make Chinese firms more competitive with their competition.”