Got a Bright Idea for a New GM Gripper?

Enter the GM Gripper Challenge. Your bright idea could lead to fame & fortune.

Eyes on the prize
General Motors (GM) and MassRobotics jointly announced what is being dubbed the GM Gripper Challenge, which is a search for a flexible, new-age gripper (end effector) to assist with auto body assemblies. Something GM needs very badly; and, we were told, GM’s competitors need very badly as well.

In a one-hour, online presentation GM engineers did an excellent job at presenting the gripper challenge. They came well-prepared with video and slides and lots of tech info on the job needing to be done.

Here’s an edited one-minute clip of video that is the essence of the GM manufacturing problem. Check it out before screening the hour-length session.

Who can enter? Anyone worldwide, confirmed MassRobotics.

Hear that, all my good buddies, especially from India and China, who pepper us with dozens of resumes, job requests and searches every week. Here’s your chance.  Just hop on over to the MassRobotics/GM website to see the specs and fill out the form. 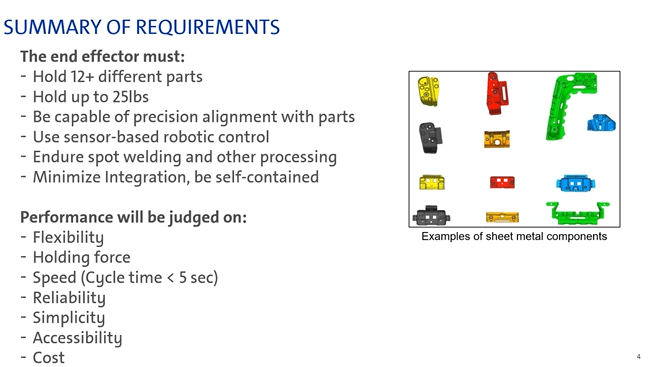 My rant
My question was, after listening to the presentation and seeing the video: “Hasn’t this problem already been solved by KUKA for Boeing?” No, came a quick reply.

Apologies, I didn’t do a quick patent search or skim the literature to see if there were any close rivals out there.

The other strange awakening you’ll have watching the video is this: The video shows dozens of giant FANUC robots assembling GM trucks, robots which GM says it has thousands of across its global empire. If so, then why hasn’t FANUC solved this problem long ago? If, as the GM engineers admitted, it’s such a universal need across all of automaking, then why doesn’t FANUC have an R&D group working 24/7 to solve the problem?

How many industrial robots does FANUC sell to GM…and other automakers? More than a few, I’d wager. 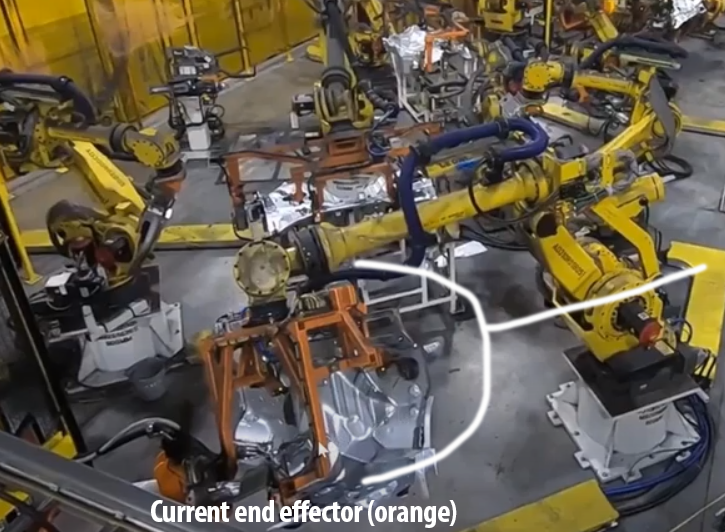 When it came to talk of prize money, the previously very chatty engineers became conspicuously silent.  Fady Saad from MassRobotics, who was chairing the online session, jumped in with a very underwhelming prize money announcement.

He said the winning gripper would get $5,000 and a chance to do business with GM. Five finalists, selected from all entries, would each receive $1,000 for parts and supplies. A proof of concept from each would have to pass muster at GM’s robot test cell in Fort Wayne, Indiana.

I didn’t dare ask who would shell out for the plane fare and hotel.

Stunned by the meager prize money, I sent a follow-up email to MassRobotics just to reconfirm. And yes, $5k was the prize. Wow!

Just to clarify, isn’t this gripper challenge a heretofore unsolved problem of significant magnitude across all of automaking? Yes, it most surely is. Then why is the prize money lower than most winnings for high school robotics clubs? Why not give the winner a GM Cadillac CT6 ($69,000), which the winner can sell for cash, if he or she so desires?

Okay, all you brainiacs out there, here’s your chance for fame and fortune. Go get it!