The stage is set for a wave of cobot automation to sweep across China’s factories.

The job ahead
According to the China Statistical Yearbook, there are in excess of 2.5 million factories in China (the U.S. 550k (2020)), most of which are estimated to be 97 percent SME-owned and operated. That’s a staggeringly large market for potential automation sales; even more importantly, most are in dire need of a productivity bump.

Manual labor in China is getting more expensive and harder to find, and all-important productivity is sagging. A perfect scenario for the intervention of automation, which is exactly what’s been taking place in China over the last seven years among its larger industrial players.

However, with the vast majority of China’s factories small and SME-owned, there’s a critical need for flexible automation that can be quickly reconfigured to accommodate changes in customer orders, replace workers and labor shortages, and to spur innovation and productivity as the country transitions to higher-value manufacturing.

For a sense of the numbers involved, Guangdong alone has over 60,000 old-line factories to automate.

As such, these factories do not need lumbering, caged-off, big-boy, and expensive industrial robots, as has been the case in the previous seven-year automation boom. Rather, cobots seem to be the ideal fit this time around.

Since 2013, by far the world leader in acquiring industrial robots, China seems now about to take off on a similar trajectory with versatile, less expensive cobots.

It’s also been six years (2014) since President Xi called for his “robot revolution”. And if his message needs a little re-amplification, the new “14th Five-Year Plan” rolls out in March of 2021, with its increased emphasis on automation and robotics.

Robots beget cobots
Research forecasts are picking Asia, specifically China, to be tops in cobot sales through 2026; and cobot sales leader Universal Robots (UR) is eyeing the continent for large chunk of its future revenue, which UR needs badly. Its most recent 10k (April) has admitted to slumping sales and not being profitable.

The stage is set for a wave of cobot automation to sweep across China’s factories.

Here’s a chart (see below) with a projection made by ABI Research back in 2015. The Asia Pacific jump from 19 percent to 57 percent for cobots in the five years to 2020 is quite pronounced. Needless to say, it didn’t materialize in terms of sales and deployments. The Chinese stock market crash 2015-2016; the South China Sea fiasco, the Sino-American trade war, China’s emphasis on industrial robots over cobots, and now COVID-19—all unforeseen events, have served to postpone, but not totally quash, the expected cobot expansion.

It’s 2020, and China can no longer wait to push its modernization agenda forward once again. As Li Yuan, wrote in the New York Times: “Businesses and cities across China know they must modernize or perish.”

China’s National Financing Guarantee Fund Co. is rolling out billions to support automation for SMEs. “The establishment of the state financing guarantee fund will support the development of small firms and the rural sector,” promised assistant Finance Minister Xu Hongcai.

See related: When Automation Is a Way of Life

The Asia Pacific jump from 19 percent to 57 percent for cobots, originally forecast for 2015-2020, now has its best chance to materialize. With it, the benign neglect from world events has also afforded China’s cobot industry a chance to mature and build itself out without pressure.

Included in that five-year span was the flourishing of artificial intelligence/machine learning (AI/ML), which was quickly grafted to robotics.

Cobot automation is now about to renew its process of expansion, and China’s cobots seem ready.

Here are the current world leaders in cobot sales. There are only two, AUBO and Siasun, that are homegrown contenders; each has a visible but minor slice of a sales pie that Universal Robots overwhelmingly dominates. 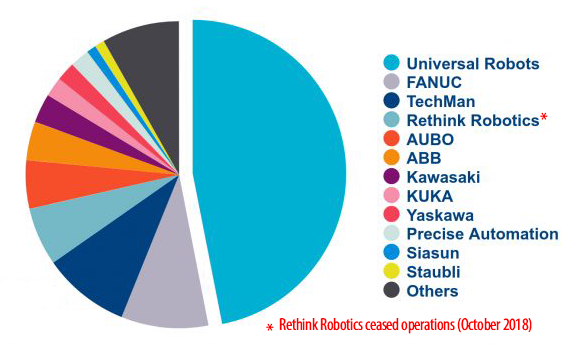 To date, overall penetration of cobots into China’s marketplace has been less than spectacular. Experts say that China’s factories acquired a little over 5,000 cobots in 2019, which is up 20 percent from 2018.

Worldwide, stats from the International Federation of Robotics (IFR) put global sales of cobots at around 14,000 in 2019. Miniscule!

The number is so small, in fact, that there’s really no cobot vendor with an insurmountable lead in China. They are all virtually still in the starting blocks. One, two or maybe three vendors from China’s own domestic cobot industry may well have a good chance at prevailing.

Barely a decade old (UR sold the first cobot in 2008), cobotics is still automation’s new kid on the block, but it has shown itself to be the most versatile industrial robot yet developed. The range of jobs cobots have taken on is seemingly without limit; plus cobotics is doubtless the recipient of many of the new tech advances in vision systems and other sensors, edge computing, gripper tech, and AI/ML. Most robot industry tradeshows seem to be all about cobots to the exclusion of their big brother industrial robots.

The cobot is an ideal match for China’s SME factories and the universe of goods produced in them.

Although worldwide sales are barely 4 percent of all industrial robots purchased, forecasters effusively continue to peg cobots to skyrocket in popularity and sales. The Cobotics World catalog boasts 150 cobot models from some 50-plus developers.

China has all the necessary elements going on to easily become the breakout country for cobots.

China’s cobots
The next two years may be the best chance ever for China’s cobots. In a post-trade war, post-COVID, Sinophobic world that’s temporarily taking a few steps back from Chinese everything, 2020-2021 could present itself as the perfect storm for homegrown automation gear.

Throw into that mix a new Five-Year Plan (2021) and a rising sense of nationalism counteracting Sinophobia (as in buy China, boycott all else), and maybe a new tune like “all for one and one for all” echoing from the annual session of the National People’s Congress, and yes, China’s cobots could have a best-ever start.

So, which of the Sino-cobot vendors are going to leap out and vigorously pursue all that market potential?  And who exactly are these homegrown tech stars and what are they offering?

The mission of each is to get their brand in front of every SME as possible; butcher, baker, candlestick maker, all of them! Price and quality will be paramount. Service and training will convert customers into friends, especially since they are resident in China and readily available. Geography is an ally: UR’s only factory is 5,000 miles away in Denmark; Doosan and TechMan (Quanta Computer), two other cobot leaders, manufacture in Korea and Taiwan, respectively. 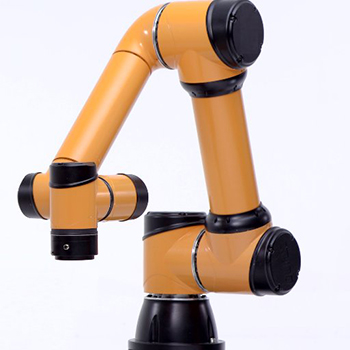 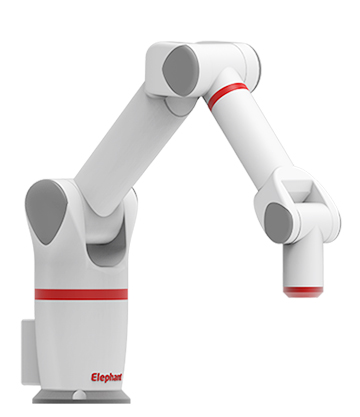 ELITE Robot Co., Ltd is principally engaged in the R&D and manufacture of collaborative robots, including reducers, underlying operating system, to embedded hardware and software, to modular joints. 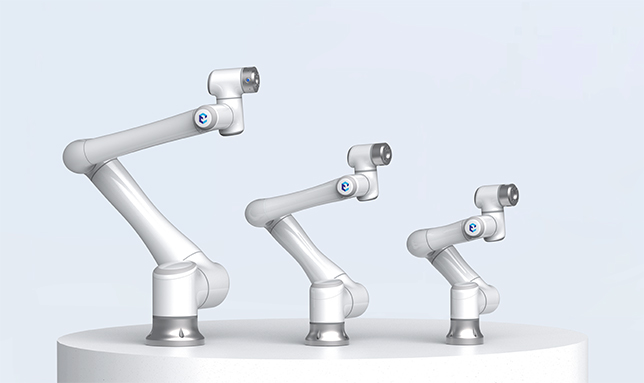 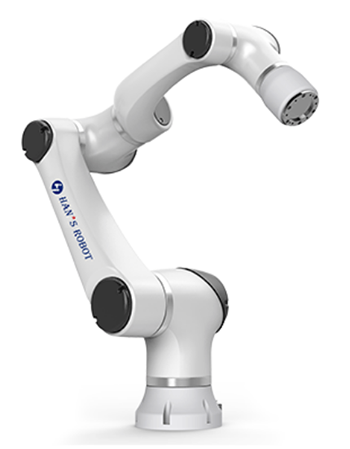 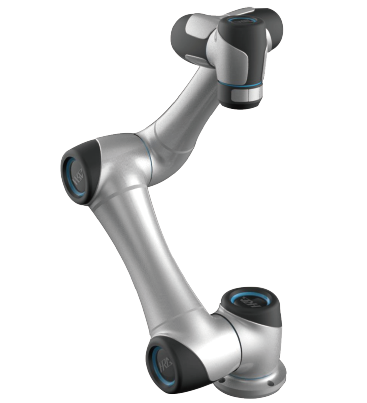 JAKA robotics is a high-tech company aiming at R&D for new a generation  of cobots and innovation of the smart factory. JAKA Robotics produces the Jaka Zu cobot series of 4 cobots. 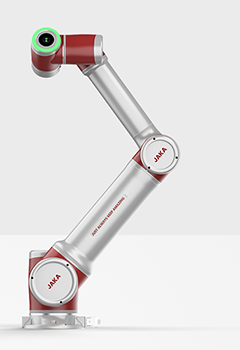 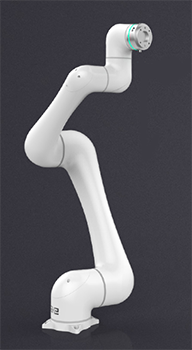 The GCR or general purpose is Siasun’s main cobot series. 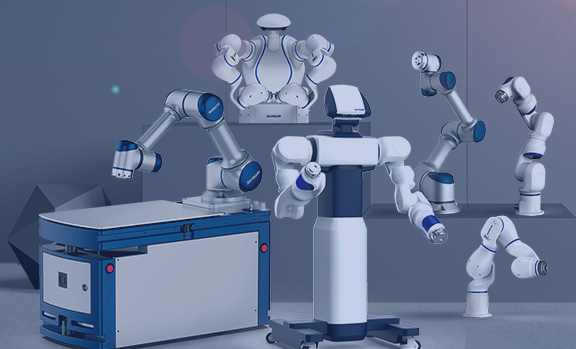 Rokae focuses on the research and development and innovation of industrial robots, collaborative robots and factory automation technology. 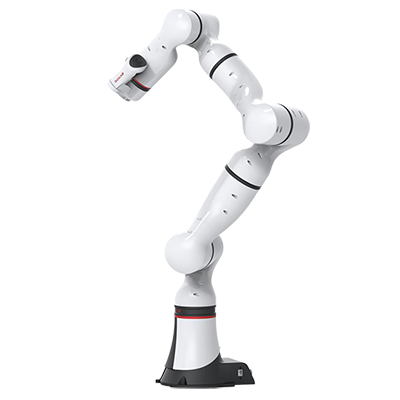 Tianjin “Yteam” Technology Co. Ltd. is a high-tech company specializing in robots and intelligent manufacturing equipment. It produces the “Bright” series of cobots. 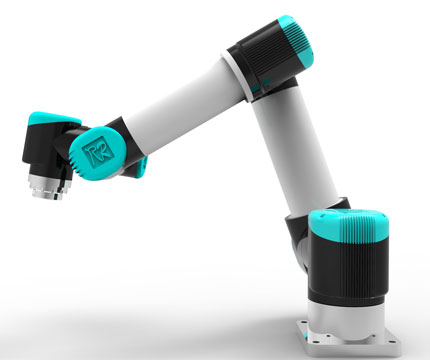