"The world’s best automation technology at an affordable package"

Now Anyone Can Automate

India, robots & work
If robot automation is to maximize its potential to increase work efficiency and productivity, it’s got to outreach to small and mid-sized enterprises (SMEs).

Success for industrial robotics means getting its new-age tools into the hands of the globe’s largest manufacturing base—SMEs. Worldwide, SMEs number in the millions. India, by far the leader, has more than 50 million SMEs, larger than China’s 42 million, and nearly double the 29 million in the U.S.

Globally, the future of competitive opportunities are almost entirely in smart manufacturing, most of which require fewer human hands per unit of output. A mix of robotics, AI and IoT is making the Indian factory smarter.

“The conventional ways of doing incremental business will no longer suffice. India needs to push its people to adopt disruptive ways of doing business,” said Ashutosh Sharma, secretary, Department of Science and Technology.

MCI Robotics has positioned itself to be the high-tech difference for manufacturers looking for a competitive, “smart” manufacturing advantage.

With such a massive underserved market, it’s easy to see that industrial robots are projected to experience a huge upside over the near future. According to MarketWatch, the industrial robot market is slated to top off $80 billion by 2025.

Nowhere is that potential market more loomingly evident than in India.  “Whether it is agriculture, manufacturing or service industry, SMEs are mushrooming in myriad sectors across the country. Statistics show that SMEs account for 45 percent of industrial output and 40 percent of the total exports in India. SMEs generate employment for 60 million people and create 1.3 million jobs every year.”

Harish Chandraprakasam, director and CEO of MCI Robotics, sees a vast opportunity for his new line of industrial robots to impact India’s SMEs…and beyond.

Harish Chandraprakasam was convinced that high-quality, low-cost industrial robots and cobots, engineered and manufactured in India, would be well-received by SMEs, especially if ease of operation and a manageable ROI were part of the sales equation.

So far, the results—a 200 percent year-over-year increase—have borne out his conviction.

As the company proudly boasts: “Robotics of Japanese precision, German quality, made proudly in India.” 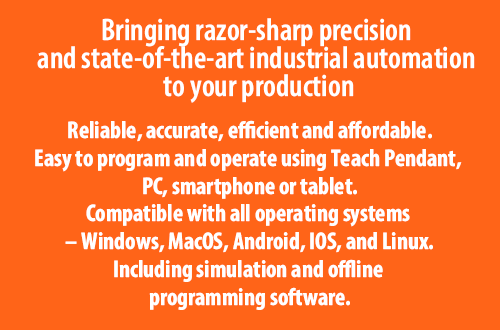 Dueling robots: Homegrown vs. foreign
Harish Chandraprakasam has decades of expertise building and deploying robots and automation systems. After a 10-year period in the U.S., first earning an MS degree in Intelligent Robotics (University of Southern California (LA)), followed by automation stays programming PLCs, designing control panels, and heading automation project teams, as well as stints with Kawasaki Robotics, and Xyratex, Chandraprakasam returned to India in 2012, and then formed MCI Robotics in 2014.

His idea was to take what he learned during his decade of building automated systems and robots in the U.S. and to build robots of Japanese precision and German quality, but in India.

If the cost for his robots was lower than foreign robots, and if the ROI was readily attainable, he felt sure that his high-quality, industrial robots would sell well. He was correct! First exhibiting at India’s IMTEX Show in 2017, MCI’s robot lineup has sold 200 percent year on year ever since. 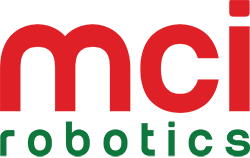