What Automation Needs to Flourish

Why Is Southeast Asia So Investment Worthy?

Four charts, one booklet and a video explain it all!

McKinsey’s Understanding ASEAN: Seven things you need to know, puts the importance of ASEAN into clear perspective:
“Together, ASEAN’s ten member states form an economic powerhouse. If ASEAN were a single country, it would already be
the seventh-largest economy in the world, with a combined GDP of $3.17 trillion in (2019). In 2010 it was $1.9 trillion! It is projected to rank
as the fourth-largest economy, overtaking the EU and Japan, by 2050.”

Going forward it’s all about infrastructure
Jayant Rikhye head of strategy and planning, Asia Pacific, at HSBC, presents a succinct three-part analysis as to why the ASEAN Economic Community is a “milestone for ASEAN’s development”:

“First, the region is increasingly attractive as a manufacturing location. China – long the ‘factory floor of the world’ – is shifting its economic model towards more value-added, higher tech manufacturing and services. This means more of the traditional, labor-intensive manufacturing that was once based in China is moving to ASEAN nations.

“ASEAN is already a key manufacturing hub, notably for the electronics and automotive sectors.” Toyota manufactures more than 700,000 vehicles a year in Thailand and another 400,000 at its sites in Indonesia, for example. BASF, the German chemicals company, has six production and operation sites in Malaysia alone. General Electric has more than 60 locations and employs 7,600 people across ASEAN.

“The Philippines has become a major hub for IT and business process outsourcing.

“Second, consumer-spending power is growing rapidly. ASEAN’s population numbers less than half that of either China or India, but 15 years from now, the region will have added another 120 million inhabitants – the equivalent of one-and-a-half Germany’s.

“What is more, Southeast Asians are becoming more affluent. In 2010, per capita GDP was just $3,000. ASEAN members aim to raise this to more than $9,000 by 2030. The increased spending power is turning the region into an increasingly key market for anything from cars and airplane tickets to shampoo and mobile phones.

“Third, ASEAN is home to an established and trusted international financial center, in Singapore.

“Other countries, such as Indonesia and the Philippines, could benefit most from increased investments into much needed infrastructure, which is currently still a weak spot in ASEAN’s overall growth story.”

It bears repeating: infrastructure and automation
Infrastructure, as Rikhye rightly points to as key to ASEAN future growth: “much needed infrastructure, which is currently still a weak spot in ASEAN’s overall growth story,” must be filled with industrial automation, agribotics for farming and orchards, and co-robots for the vast SME ecosystem across the ASEAN if the AEC is to succeed.

​SMEs account for 96 percent of all businesses and 58 percent of all jobs.  The market for robots, especially collaborative robots in the $15,000 to $30,000 range, is virtually limitless across the ASEAN and, as yet, virtually untapped.

The better-off ASEAN countries, those with infrastructures that are well-established like Thailand, Malaysia, Indonesia, Singapore, and the Philippines, will need to initially anchor the AEC while Laos, Cambodia, Brunei, Vietnam, and Myanmar play catch up.

“In many ways, China’s the movie trailer for what we think is happening in Southeast Asia.” —Nick Nash,
Co-founder, Asia Partners

The bounty of Southeast Asia has a long history of making life better for its northern neighbors.
It’s a history that continues today and will be vitally important for the future.

Automation flourishes best in fertile places where lots of consumers
—preferably, young consumers! — need lots of everything
…and have the money to spend on it all. 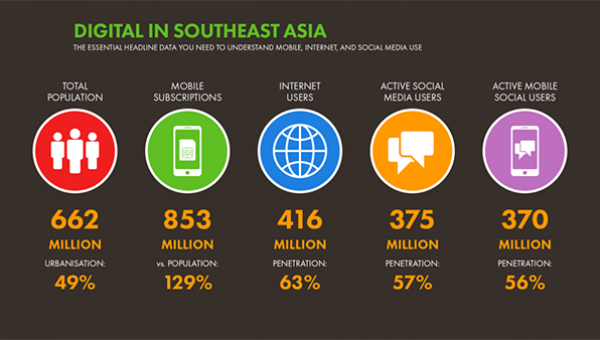 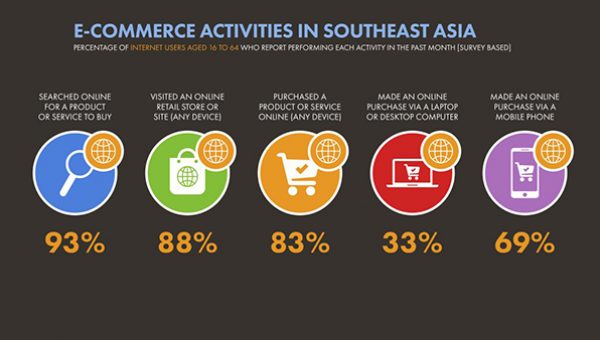 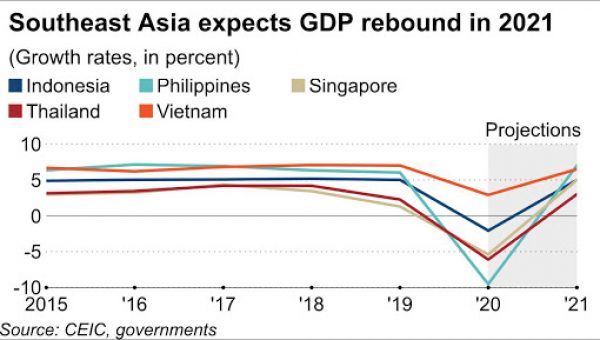 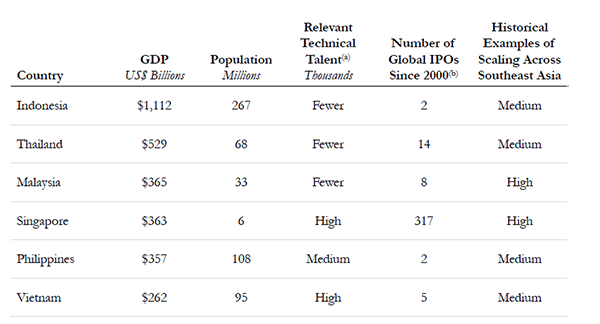