“If it’s not easy to use—then automation is not automation.” —Sam Bouchard, co-founder and CEO, Robotiq

New for 2019: Vacuum & Sanding
You don’t sell 10,000 grippers without having done something very right. Inspired technology, solid products, and impeccable customer care are the usual suspects; and Robotiq has mastered all three.

Because of those tech standards and attention to detail, this Quebec-based maker of end-of-arm cobot tools, founded in 2008, has built itself into a gripper titan.

That’s a distinction hard to earn and difficult to sustain in a world with some two dozen other gripper manufacturers in the marketplace. Otherwise, it would be very easy to get lost in the great global gripper shuffle.

If you are Robotiq, and have earned an exemplary reputation along the way, you don’t introduce new products into the lineup unless they are as good or better than the previous 10,000.

For 2019, the company makes room for the debut of AirPick and EPick, two new vacuum grippers and the Sanding Kit; vacuum grippers represent a major new technology addition to the Robotiq product line. Last year, at AUTOMATICA 2018, Robotiq introduced a lineup of three new adaptive grippers.

Jean-Philippe Jobin, co-founder and CTO, has been guiding the introduction of all six new products since AUTOMATICA 2018; R&D for the products has been ongoing for a few years. Vacuum, he says, is something that both customers and integrators have asked about for some time.

Both the EPick and AirPick have reconfigurable suction cups, depending on the job requirements (see video).

Real-world sanding—tedious, demanding, and difficult to automate—now has a real-world cobot solution with the new Robotiq Sanding Kit. Automate sanding the easy way with built-in path generator and consistent force through each cycle. For wood, plastic, metal, fiberglass and carbon fiber—the Robotiq Sanding Kit—is “the only hardware and software all-in-one solution for cobots” and the only sanding solution compatible with Universal Robots’ cobots (see video).

Since the introduction of the company’s first products with adaptive gripping technology over six years ago, Jobin says Robotiq has been careful and deliberate in watching the marketplace, especially cobot sales, before taking on new product introductions. The Wrist Camera and FT Sensor preceded the new gripper tech, and eventually the software to bind everything together.

Bet on a technology too early, he says, and it may have to wait for a sales uptake; waiting too long can kill a new-product investment very fast. 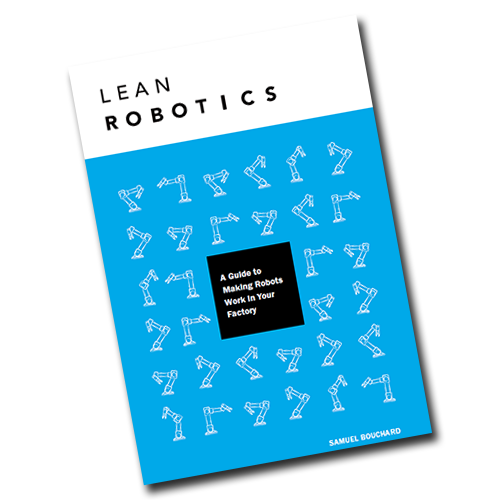 23 million approvals
Last December, Robotiq picked up a major confidence boost for its technology, market potential, and mission when Boston-based venture capital firm Battery Ventures invested $23 million in the Canadian company. VC partner, Jesse Feldman said that Battery Ventures had been following Robotiq for several years and was “extremely impressed with the business the founders have built.”

It’s not the first time that Robotiq has been approached. Jobin said that a few years back they had also entertained investor interest, but they declined, citing concerns over timing and market conditions.

This time around, however, is much different. The investment “gives us more gas in the tank,” he says pleasurably.

Jobin thinks that the market is more than ready, which now offers them opportunities to move fast and far. In Lyon, on the Rhône River in central France, Robotiq has set down its first EU office. But that’s it to date. With “more gas in the tank” more international expansion is a prominent part of future plans, although Jobin is mum on naming where in the world Robotiq will next settle down.

Industry adapts to automation
Market forecasts look promising for Robotiq. With most every manufacturer worldwide looking to increase productivity, replace near-impossible-to-find workers, get out from under employee training costs, workplace injuries, and spiraling salaries, cobots, since 2014, have become ready and relatively inexpensive replacements, especially for SMEs.

Although the International Federation of Robotics (IFR) reports that cobot sales were barely 3 percent of the 380,000 industrial robots sold in 2017, walk into most any robot tradeshow, and things look very different:  cobots are wall to wall, with many sporting Robotiq grippers.

The IFR’s numbers are about to change…and change quickly. The cobot market is expected to grow from $710 million in 2018 to $12.3 billion by 2025, at a CAGR of over 50 percent.  The cobot market is slated to outpace that of traditional industrial robots.

Additionally, with global, retail e-commerce a $2.3 trillion annual business and growing fast, pick n’ place cobots, with either a vacuum or standard gripper—or both—are leading contenders to take on the vast majority of the work.

Robotiq’s new product line is well-positioned to take advantage of the projected upsurge in cobot sales.

Making automation easy
“If it’s not easy to use—then automation is not automation,” says Sam Bouchard, Robotiq co-founder and CEO.

A quick trip to Robotiq’s website displays a well-stocked showcase of customer commitment to making automation easy to use: Dozens of videos and case studies, how-to videos, and free instructional eBooks, like How to Shop for a Robot? or Getting Started with Collaborative Robots, are easy downloads.

Then there’s an online forum DoF for the developer community; plus easy, quick-click access to the company’s experts; and Lean Robotics, which is a Bouchard-authored 200-page how-to guide on factory productivity that “will take you step-by-step to show you how you can use your first robot experience to scale your robotic capabilities.” And then there’s Blueprints, which is a free, online service, whereby Robotiq helps any manufacturer, big or small, to design and transform an existing manual process into a robot cell.

Jobin concedes that Robotiq spends a lot of money doing outreach to existing customers and prospective customers alike. “And we’ll spend even more,” he adds, “because educating the customer…the end user…is the most important thing we do.”