The Godfather of Thai Robotics

Thai robotics comes of age: The man who made it happen

The Institute of Field Robotics (FIBO) Celebrates 25th Anniversary (1995-2020)
“My effort is to push business awareness of this sector, and my dream is coming true.
I have created a fundamental infrastructure, which is ready now, and this sector needs
a new generation of experts to push robotics down the runway and to take off for the new era.”
–Dr. Djitt Laowattana, Founder of FIBO (1995)

Bangkok Meetup: Tom Green & the Godfather
I caught up with Dr. Djitt Laowattana on the 8th floor of the towering, all-glass Pearl Building in Bangkok at Gunkul Engineering. We hadn’t chatted in a few years, and with robotics bursting out nearly everywhere in Thailand, it was a good opportunity to visit for a while with the Godfather of Thai Robotics, and get his take on the state of robotics in Thailand as well as Southeast Asia.

Affable, very smart, and totally frank, it’s always a pleasurable adventure to get to sit together to see what’s on his mind. He was at Gunkul, one of the country’s biggest electrical hardware and equipment manufacturers, for a board meeting; one of the many corporations and government organizations that now regularly call upon him for advice and his good counsel. Refreshingly, with Djitt there’s no BS or corporate speak, which is probably why the engineers at Gunkul appreciate him on the board.

Things were not always this sweet for Djitt. There were times when no one reached out to for him for anything. These days, with robotics and automation disrupting everything nearly everywhere, with every country bellowing out fealty to Industry 4.0, smart factories, and digital transformation, Djitt’s perseverance with robotics has come full circle.

The making of the Godfather
The first blush with robotics for Thailand was in 1995 when Djitt Laowattana founded FIBO, the Institute of Field Robotics, at King Mongut’s University of Technology. FIBO, a single building made possible through the persistence of a single man, had a shaky beginning in a country totally skeptical of robots being anything other than imported, foreign beasts of burden to the country’s auto industry.

Thailand wasn’t alone in its skepticism; most of the world felt similarly toward robots. Expensive to buy, expensive to own, difficult to program, caged and segregated in the bowels of factories laboring at dangerous jobs, robots seemed available only to deep-pocketed manufacturers.

Early on, Djitt’s mission was to keep the flame alive by turning out skilled roboticists at FIBO, building and experimenting with new kinds of robots in FIBO’s labs, lecturing and presenting the case for robotics wherever he could find a podium to speak from, churning out some 50 research papers to the academic press, and authoring the popular text, “Human Brain to Genius Robotics” for Pajera Books.

Along the way, he picked up a degree in Mechanical Engineering from King Mongkut’s, an MS in Precision Mechanics, Kyoto University, Japan, his Ph.D. from Carnegie Mellon University, and a certificate in Management of Technology and Innovation from MIT. Twenty years ago, at Carnegie Mellon, in the coldest moments of the AI Winter, he and his colleagues were even burrowing down into the realms of deep learning.

He always kept himself in readiness for robotics to go from total obscurity to total prominence, and was always pushing the advantages of automation to anyone within earshot. However, the times were often not kind.

Two years after FIBO’s founding, the Asian Financial Crisis of 1997 struck most Asian economies, with stock markets and currencies losing nearly 70 percent of their value. Not the most convenient of times to keep FIBO’s finances and the potential of robotics alive. Recovery would take more than a decade, during which he remained determined and dedicated to his school and its technological aspirations. 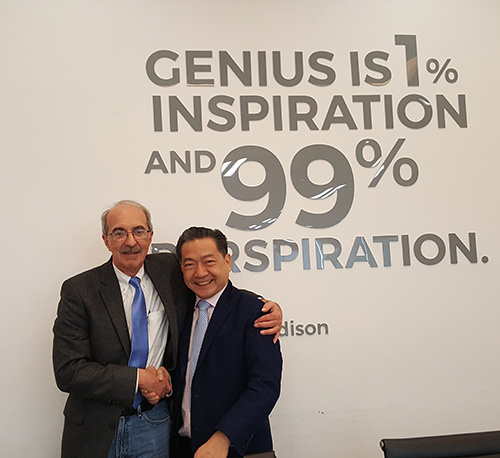 Full circle…and then some
Not so suddenly things finally came full circle, and he found himself and his calling in high demand.

These days, in addition to fostering robotics at FIBO, which now resides in a brand-new, multi-million-dollar building with sweet labs, and stacks of undergrad and grad students, his presence is felt seemingly everywhere in the country.

FIBO at KMUTT is the country’s only university to offer bachelors, masters, and doctoral degrees in robotics engineering and automation.

He’s also put together a consortium of robotics departments at a dozen Thai universities to share and to specialize in different aspects of robot projects coming into the country.

He’s a luminary with the Thai Robotics Society (TRS); TARA, the Thai Automation & Robotics Association; CORE, the Center for Robotics Excellence; he’s helped establish the annual Robotics Engineering Forum (in its third year); is advisor to Thailand’s Board of Investment (BOI) for foreign direct investment, as well as to Uttama Savanayama, Minister of Industry, and regularly advises Prime Minister Prayut Chan-o-cha.

His initiatives on behalf of robotics are frequent and eye-popping. He recently engineered an MoU and joint venture agreement with Shenzhen-based UBTECH Robotics to put UBTECH’s Cruzr service robot into 300 retail outlets at Thailand’s Jay Mart stores. Djitt sees the partnership as a super opportunity for his FIBO students to work at integrating Cruzr with Jay Mart shoppers. “Cruzr does not speak Thai,” adds Djitt, which is a priority, but a nice project for FIBO to work on.”

Pang Wu, UBTECH’s deputy general manager, said the robot maker is looking to expand its business presence in Southeast Asia. He sees Thailand as a potential market because the government supports the localization of robotics and AI.

“Thailand has potential for service robotics,” said Wu, “as it is strong in many sectors—tourism, retail, healthcare, agriculture and manufacturing—while the country has significant growth of Internet users every single year.”

He’s got another MoU going with Australia’s ANCA Group, manufacturers of CNC machines, that’s building a new assembly plant in Amata City Industrial Estate (Rayong). For Djitt, who is a proponent of what he calls “work-integrated learning”, the ANCA connection will be most beneficial for his students to exchange and transfer know-how on robotics and share research findings.

Djitt has been tasked with a leadership role in developing the EEC’s potential. 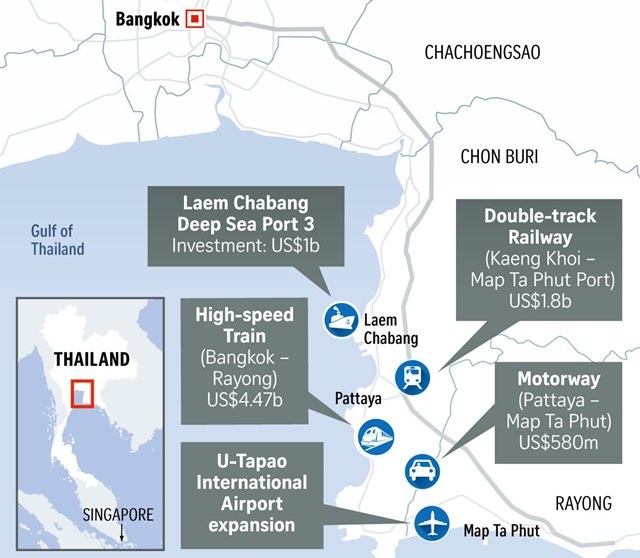 The law behind the new Eastern Economic Corridor Act now institutionalizes the EEC as well as what are known as the S-curve of targeted industries selected as priorities for the new economic zone.

Two of those S-curve industries, industrial robotics and logistics, serve as confirmation of Djitt’s long journey in raising robotics awareness and acceptance in Thailand.

To wit, robotics has now passed on from being skeptical technology to the law of the land.

Plus, as he is happy to add, robotics touches upon or is a major technology to every one of the other S-curve targets.

In a recent interview with the Bangkok Post, Djitt said of the current state of robotics: “My effort is to push business awareness of this sector, and my dream is coming true. I have created a fundamental infrastructure, which is ready now, and this sector needs a new generation of experts to push robotics down the runway and take off for the new era.”

Not bad for a poor kid from Saraburi who was inspired into robotics by watching robot heroes in Japanese cartoons.