Asia’s Millennials, Robots and the Future

By 2020, with millennials the majority in the workforce, it will be millennials who will be the first to confront large-scale robot displacement of jobs.

“25% of Millennials willing to date robots.
Some see a future where relationships with robots would become normal. –Bustle

Are they ready?
“Millennials are younger, more familiar with technology, still on their search of finding what their dream job is — I think they’re much more willing to roll with the punches of some of their jobs becoming automated.”        —The Young Professional’s Guide to the Working World 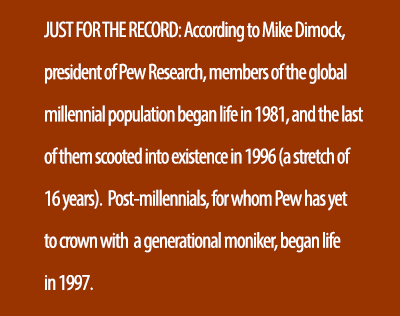 Robots to settle first in Asia
A huge, potent chunk of humanity is on the rise in Asia and it has an important rendezvous with the future, including getting real chummy with the largest concentration of robots on Earth.

Thematic research analyst Fabiano Vallesi, at Julius Baer, tallies their numbers at 390 million in China alone, with an additional 400 million across the Bay of Bengal in India; all of them born between 1981 and 1996. That’s more than the entire population of Western Europe. Toss in their brethren in East and Southeast Asia, and the world’s continents bow in their direction.

Wealthier and better educated than their parents, certainly better employed and living in greater comfort, tens of millions fill the ranks of the middle class, with tens of millions more just beneath in the urban mass who are eagerly trying to elbow their way up.

Not the tight-fisted saver reputation (especially in China) that their parents made legendary (many saving 40 percent of incomes: in China “deposits currently stand at $21 trillion”). Millennials spend, and spend big!  And there spending is made up of equal parts wisdom and gusto.

On Singles’ Day 2017, for example, 130 million of China’s 600 million Internet users were online waiting for the opening bell; all together they ordered 800 million packages of stuff for delivery; 68 percent of which were made via cellphone. All in a single day! Alibaba claimed that it raked in an astounding $25.3 billion.

Vallesi says of these up-and-comers that they “will make up over one quarter of global consumption growth in the next 15 years.”

Okay, they have plenty of discretionary funds to spend, so what then are these millennials buying? Vallesi boils their spending patterns to six key areas:

A quick look at that list shows that they have another commodity aplenty: time. Entertainment, sportswear and fitness say a lot about time spent in lifestyle, while, in the case of China, its tourists spent $215 billion last year out of country.

Supplying 790 million Asian millennials with the above six spending hotspots will take a lot of automation to pull off; without robots, three of the six will be impossible deliverables: digital commerce, premium consumer goods, and sportswear. The solution is then a simple one: the consumers are willing to spend, the money is there, so there will be robots to fully automate goods to buyers. End of story.

And it will take all of Asia, East and Southeast, to satisfy this gargantuan appetite, which is precisely the reason why investment money is flooding into the continent, especially fintech.

Fortune reports: “Investors poured a record $4.5 billion into financial start-ups in Asia [especially China and India] last year, four times as much as the previous year, data shows, putting the region at the center of the global tech revolution poised to shake up the financial services industry.

By 2020, with millennials the majority in the workforce, it will be millennials who will be the first to confront large-scale robot displacement of jobs.

Gray Scott, a futurist in New York City, reckons that no one understands how fast technology is progressing. Beginning with fast food and customer services, Scott feels the takeover will be swift. “There is no reason and no way,” he says, “that a human mind can keep up with an artificial intelligence machine by 2035.”

“We’re going to become caretakers for the robots,” Scott said. “That’s what the next generation of work is going to be.”

Asia’s millennial leadership springs from the populations of Asia’s Big Three: China, Japan and Korea. But there is a whole lot of Asia and millions more Asian millennials who swell the Sino-Indian 790 million by hundreds of millions more.

Called the Jobs of the Future survey and conducted with 4,200 respondents, it confirmed that like their counterparts in the Big Three, they also agree: “Digital technology is key to future careers.”

Robot replacement risk
“An average of 63 percent of youth aggregated in all six nations say that mobile/internet technology will be ‘important’ in their career by 2020. Indicating just how important the majority think it is, only one percent in Pakistan and 1.4 percent in both Singapore and Bangladesh conversely said that technology is ‘not really important.’

“The surveyed youth in all but one of the countries agreed that non-technical skills will also be important for jobs of the future.

“The highest numbers of Pakistani, Indian and Bangladeshi youth maintained that the most important skills to a great future job will be the ‘ability to inspire others, and leadership capability’ (37 percent, 36 percent, 34 percent respectively).

“More than one in four of the surveyed Singaporean youth regard ‘people management and emotional intelligence’ (27 percent). Nearly one in three Myanmar youth leaned toward ‘creativity, cognitive flexibility’ (29 percent).

“The standout in this category was Malaysia, where 24 percent of the surveyed stated that tech-related ‘mobile and web development, and super coding skills,’ were the most important.

Interestingly, across all the countries 100 percent of respondents agreed that robots will replace humans in many future professions.

“On which jobs robots would most likely replace humans in, the nations were united in predicting that the manufacturing and engineering industries would see the most machine takeovers, with nearly half of youth in Malaysia and Bangladesh (both 44 percent) leading this sentiment.

“Forty-one percent of surveyed in Myanmar agreed, followed by 38 percent in Singapore and India, and 34 percent in Pakistan.”

See below for an infographic summary of the Telenor Group survey findings: 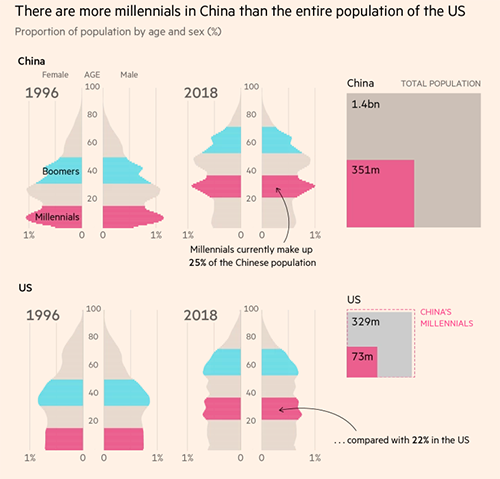