How to Sell Cobots in Thailand

Far away from the banners and booths, a cobot bonanza awaits

On the road to find out
Want to sell a cobot in a hurry in Thailand? Then stay away from tradeshows, conferences and cobot showrooms. The real buyers are elsewhere.

Rather, drive along Highway No.3 toward Rayong City (Rayong Province) and nip off the road almost anywhere to come face to face with hundreds of gritty, hardworking SMEs looking to automate just a small part of their output. 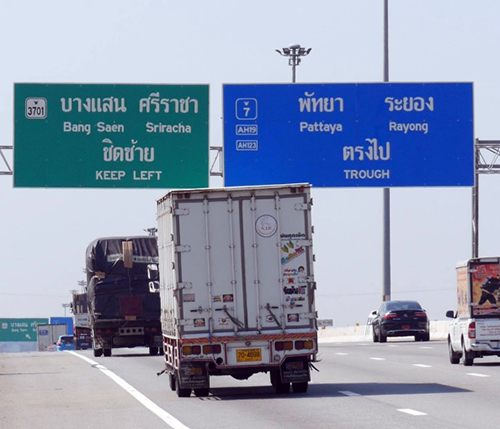 Rayong is a mega-industrial area of Thailand that boasts a dozen major industrial parks and commercial estates. In addition, the country’s recently initiated (2018) Eastern Economic Corridor, 5,000 square miles intended as a hub for technological manufacturing and services, straddles Rayong and two other provinces.

Although cobot sales look promising among Rayong’s newly-built industrial parks and estates, it’s off the highway in countless factories, work yards, and warehouses where real potential for cobot automation puts in a full-day of hard work every day. In stifling factories that can hit 80-plus Fahrenheit, workers, the white-hot tips of their torches cranking the temperature even higher, hunch over benches welding and braising while others with handheld grinders or at polishing belts finish off parts that get tossed into nearby baskets.

Drill press and metal shearing machinery, some of it looking decades old but well-kept, basks under banks of fluorescent lights. The surrounding warehouses are no better off than the factories. Under sunny Thai skies, it all looks and feels like a tropical inferno where automation is on the lips of no one and where low productivity is endemic.

Walk any factory floor, and potential applications for cobots leap out seemingly from everywhere. It all looks so third world, yet Thailand is far from third-world anything.

In the teeth of a soon-to-be-concluded trade war, Thailand has done well: “Thailand…posted 4.1 percent growth for the 2018 full year, up from 2017’s 3.9 percent growth.” With the trade war in the rearview mirror, Thailand can expect a solid jump up for 2019 and beyond: “The National Economic and Social Development Council forecasts growth for 2019 in the 3.5 percent to 4.5 percent range.”

And lots of help is on the way: Thailand’s $45 Billion Leap to Industry 4.0, outlines “a newly approved plan [that] favors 10 key industries, with robotics and logistics carving out a $6 billion share.”

In fact, most of Southeast Asia is looking at solid growth for the next five years. Research and Markets’, Industrial Control and Factory Automation Market by Solution, Component, Industry and Geography – Global Forecast to 2024, forecasts APAC (Asia-Pacific) “to grow at the highest rate from 2018 to 2024. The growth of the market in this region of 650 million people is attributed to technological innovation and increasing adoption of the automation technologies in various industries.”

However, just off the highway in Rayong, word of the good times to come has yet to arrive.

Bridging the gap
Lamyai’s factory makes refrigeration equipment, which, in the tropics, is a really good business to be in. Everything, except for the electric motors, is built by the sixty workers that labor in the factory’s extreme heat. In an adjacent air-conditioned building, twenty-odd engineers take on a wide range of customer challenges. Few, however, even factory owner Lamyai, are aware of cobots. Robots, the industrial kind, they all know about. Down the street there’s an ancient KUKA on railroad tracks that some had seen in operation.

Not knowing about cobots is not a rare condition. Jürgen von Hollen, CEO of cobot leader, Universal Robots, sees a vast addressable market of cobot unknowing worldwide: “Probably only 10 percent of our target market knows about collaborative robots [cobots],” he says. Lamyai and most other factory owners in this grimy neighborhood fall into von Hollen’s other 90 percent.

At a table of six factory owners, the group was asked for a show of hands as to how many frequented tradeshows? No hands went up. A few even smirked out a polite laugh.

So, if they didn’t go, how many have sent their employees to tradeshows to pick up on new equipment or manufacturing trends? Again, no hands were raised.

What if a tradeshow came to them?

That drew interested looks right off the bat, including a few nods of approval. But how was such a thing possible was the general consensus.

Well, what if a large panel truck pulled up to the factory’s front door, and inside were cobots that they could see in operation…even a loaner that they could use for a week?

Suddenly, and a bit comically, the table’s entire mood quickly changed to that of interest. When will the truck arrive? Wow, that was a quick reversal. Like the circus coming to town, they were all down for a mobile tradeshow.

Back on Highway No.3 headed to Rayong City, passing massively garish billboards for Map Ta Phut Industrial Estates, Amat City, and the Siam Eastern Industrial Park, a dawning realization is screaming out that the real cobot bonanza in Thailand is not at the big industrial projects, but rather just off any exit into the hinterland.

With the International Federation of Robotics (IFR) projecting sales of industrial robots in Thailand to reach a paltry 5,000 in 2020, the cobot could easily become Thailand’s best automation tool ever.

And the key to unlocking it all may well be a panel truck.