Building familiarity between people and robots takes a big jump up in 2019 as millions of Asians ready to get acquainted with service robots on a daily basis.

LG’s Airstar, New Kinpo’s N.ERA, and UBTECH’s Cruzr are part of the vanguard of new-age service robots meeting the public.

Korea’s in the game
It was an interesting introduction to service robots in Asia when I set down at Incheon, Korea’s largest airport. LG has a dozen of their second-generation Airstar service robots (six or so of each for Terminal One and Two) cruising around interacting with travelers. 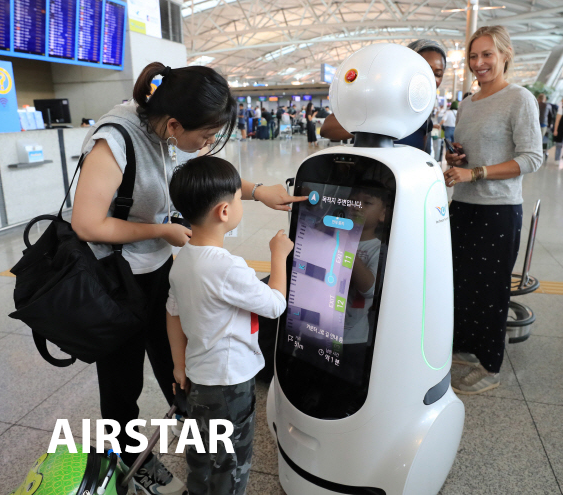 Multiply the half-dozen questions that I needed answered by the thousands of others like myself moving through the cavernous terminal, who no doubt had as many or more questions than I did, and the need for a lot of somebodies or a lot of service robots to answer those questions becomes very evident.

And there’s wisdom in LG realizing that service robots will take time and more than a few generations to perfect. And there’s also some wisdom on the airport’s part taking a chance on letting them mingle with their customers. Service robots will get nowhere without such openness.

Drones and IoT tech? That was happily surprising…although it shouldn’t have been given Korea’s audacious push into “smart cities”. The world’s first smart airport would be a great coup and global model, which could also serve to jump up brand Korea as well as all the other Korean high-tech brands.

People reacted to the robots very positively, and not just wide-eyed kids; there was genuine interaction coming from what appeared to be satisfied customers. Sure, there were the disgruntled there as well who pawed at the screen and then left in a huff. Maybe it will take third-generation Airstars to reach the dissatisfied.

A few robot enhancements would be nice to have, like hey LG and Samsung, how about an airport robot that will gobble up my Galaxy smartphone and swap out the SIM card—instantly unlock it if needed—and then return it to me while I’m in line at The Coffee Bean?

It’s going to take a few iterations of airport service robots to ease them into the flow of being top-notch providers. It’s good to know that Incheon sees them as a permanent part of the airport’s future, and not just a one-off experiment that comes and fails and is cast off forever.

BTW: TripAdvisor calls Incheon the “best airport in the world.”

According to JoonAng Daily: More sensors, including ultrasonic sensing, plus 3D imaging; and new voice recognition, have been added (see video). “The robots will escort travelers, tell them how busy immigration desks are, what products are restricted on board and the way to gates after scanning barcodes on boarding passes.” All in four languages: Korean, English, Chinese and Japanese, while snapping selfies and emailing them to travelers, if requested. 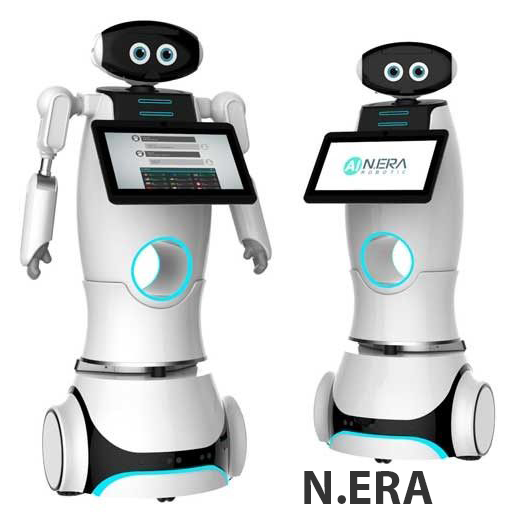 In a first-ever deployment for the Philippines, the country’s SM Supermalls chain will debut the New Era robot concierges as interactive mall attendants. SM has 60 malls in the Philippines and seven in China, with combined average foot traffic of 3.5 million daily.

The N.ERA robot’s features include smart voice interactivity and facial detection, including a front screen which can be used for mobile advertisements and delivering other announcements.

China’s Shenzhen-based UBTECH Robotics is hatching plans with Thailand to bring its Cruzr service robot to some of the country’s Jaymart stores; the company has over 300 retail outlets throughout Thailand.

Three organizations, UBTECH, Jaymart, and Thailand’s Institute of Field Robotics (FIBO) have signed an MoU (Memo of Understanding) whereby 1,000 Cruzr service robots will be deployed in service roles at Jaymart stores; the first of which beginning in late 2019. 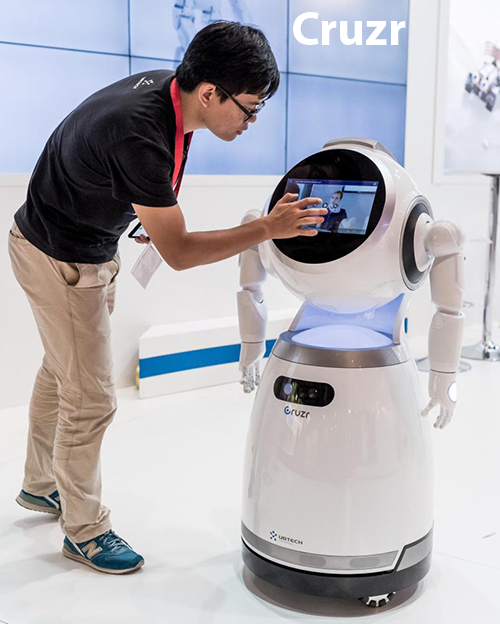 Market Insider reported: “As part of its industry 4.0 strategy, Thailand has identified emerging industries as new engines for economic development…[the MoU] will spur the development of new sectors while further enhancing the competitiveness of the country’s dominant industries.”

The Cruzr robot with its integrated functionalities will serve the Jaymart’s entire retail industry chain from experience to marketing and management.

Dr. Djitt Laowattana, the founder of FIBO at King Mongkut’s University of Technology Thonburi, said the partnership with UBTECH is the first step in the country’s technological transformation.

“The Cruzr robots are expected to be a major disruptor to the traditional retail model and revamp what shopping means for the country’s consumers.”

Asian Robotics Review will be visiting with Dr. Laowattana at FIBO during its current trip to Thailand. We’ll get a closer look at the impact and potential for both Thailand and FIBO from teaming up with UBTECH, as well as some insight into the state of practice for robotics in Thailand and the outlook for smart manufacturing.