Why fail when everyone wants you to win? Myanmar could well become
one of automation's finer creations

“Nothing happens in Burma, but then nothing is expected to happen.”
—Paul Theroux, The Great Railway Bazaar: By Train Through Asia (1975)

Myanmar awakens
Too soon for automation and robots at scale, but the times are plenty fertile.

“Nothing happens” was an apt observation for Theroux in 1975; his return in 2006 nearly broke his heart; and he might well have cried if he’d been around in 1962 for General Ne Win’s coup d’état that put Myanmar on course to be the poorest country in Asia.

About the size of Texas and with a population of 53 million,  Myanmar has survived the long road that leads to the present, but just barely.

Its per capita GDP languishes around $1,240 (2015)—lower than that of nearby Bangledesh—although, unlike Bangledesh, Myanmar is rich in minerals, hydrocarbons and agriculture, with no real reason to be poor other than what atrophy can do to a country that‘s been asleep for 54 years.

Myanmar’s self-imposed somnolence was interrupted in 2011 by former army general and the country’s eight president, Thein Sein; and then fully roused from sleep in 2015, when the country’s Nobel peace laureate and leader of the National League for Democracy (NLD), Aung San Suu Kyi, won a landslide victory to head Myanmar’s new parliamentary government.

With the winds of prosperity blowing seemingly everywhere across the ASEAN, Myanmar has its best opportunity to open its windows to let in a bit of that good fortune.

Everyone wants a piece of Myanmar
Why fail when everyone wants you to win? The list of countries, companies and cash pouring into Myanmar border on the staggering, especially over such a short period of time since Thein Sein’s warming overtures from 2011, and even more especially now since the 2015 victory for the NLD.

Much of it had to have been planned out years in advance, waiting only for a lucky moon over Myanmar to let ‘er rip. The moon’s up full and the time to let ‘er rip has definitely arrived.

Myanmar is backward enough, and its infrastructure 1950s enough to actually position the country to industrialize without the imminent threat from the likes of Dani Rodrik’s “premature deindustrialization”, where “developing nations are becoming service economies without having had the proper experience of industrialization.” Exactly the vulnerability where robot-driven automation might devastate an economy by taking over manufacturing jobs prematurely from human workers—before they get to set down roots as wage earners—and thereby miss the chance to pull themselves out of poverty.

Automation and robots work to best advantage in post-industrial economies like those of the developed countries of North America, Europe and Asia.  An emerging country, especially one with a fragile economy, needs to be mindful of balancing automation with jobs for its citizenry.​

​Uniquely, Myanmar could well become one of automation’s finer creations: a place that escapes premature deindustrialization yet experiences automation, and then robot-driven automation over a period of decades—all the while enjoying healthy levels of employment. Its backwardness may be a blessing.

The country has yet to experience Foxconn-type factories with dormitories for 200,000 workers, who have poured into town from the country; better than 66 percent of Myanmar’s population is still rural.

Experts like Dwight Perkins’ Myanmar Cannot Imitate South Korea reasons that Myanmar cannot hope for a “South Korean-type miracle” to hurtle it into prosperity in twenty years as happened with Korea, going from sub-Saharan poverty in 1960 to the 11th largest GDP in the world. To date, Korea’s the only country to have pulled that off.

Myanmar doesn’t need a Korean miracle in order to prosper
Adam McCarty, chief economist for Mekong Economics Inc., reckons that Myanmar’s ascent from the economic wastelands will be more like that of Vietnam.

In a recent interview with the Oxford Business Group, McCarty was asked about this Vietnam parallel:

“All Asian success stories of “growth with equity” begin with land redistribution. Farmers must own the land they work on and be able to use that to get loans.

“Most farmers have reasonably secure land ownership in Myanmar, but their titles need to be better formalized and protected. However, there are also many landless rural workers for whom factory jobs must be created. As the landless move increasingly into urban factories, fewer workers remain in rural areas, which pushes up their salaries and promotes mechanization.

“So while cities grow, rural areas are not left too far behind and their labor productivity increases. This is what happened in Vietnam.”

Among McCarty’s other Myanmar challenges and key priorities:

“Myanmar is undeveloped compared to other East Asian countries, but that is a reason to open up to trade and investment even more than in richer countries – that is how you catch up.

“Being open means rapid change, which is not always good for local businesses, but it is essential. Growth is the result of a continual process of the closing of many businesses and the opening of many new ones.

“Other priorities include a meaningful federalist solution to ethnic tensions; establishing an independent anti-corruption commission; fully joining up to the natural resources transparency initiative; and systematically strengthening the tax system.

“These would increase stability, market Myanmar as a safe country for investment and increase government revenues. These issues are being addressed, but you cannot expect such big changes to occur overnight.”

Certainly not overnight, but Myanmar has assets that are in play right now that could easily inure to its benefit much sooner than anyone expects.

Why fail when everyone wants you to win?
Many superb opportunities have presented themselves to Myanmar and will continue to present themselves.  Regardless of their true motivations, it is uncanny how many countries and companies want Myanmar to succeed. Along with each of these opportunities will come chances for automation.

The wisdom in it all will be how best to balance industrialization while deftly automating, so that manufacturing remains competitive yet workers remain at their jobs. In short, don’t hire 50,000 workers only to lay them off in a year or two.

Whose money is on Myanmar:

And that’s just for openers!
Better yet, the White House is removing the “national emergency” designation on Myanmar that had been in place for two decades, allowing for the lifting of sanctions that had prevented broad economic investment in the country.

Also announced: “US would add Myanmar to a roster of developing countries granted special trade status, allowing duty-free import of some 5,000 products.” 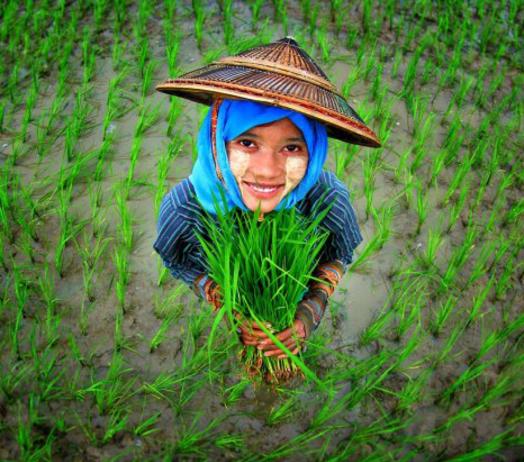