Which Asian Countries Are the Best at Going Digital?

Getting “smart” means going digital, and the “going digital” competition in Asia is ramping up

Smart robots, smart grippers, smart factories, smart warehouses and all the rest of the highly-sought-after Industry 4.0 smart advantage takes a coordinated, well-planned effort at “digitalization”. Some countries do it much better than others, which strongly suggests that the fruits of Industry 4.0 are destined for those digitally fecund states in the top 10, only one of which resides in Asia.

The digital best
IMD is out with its global rankings on where Industry 4.0 might flourish best—as of 2018.

And what, BTW, does IMD say about itself? “The IMD World Competitiveness Center is a research group at IMD business school in Lausanne, Switzerland with 30 years of research expertise in the field of country competitiveness.” IMD was filled with big data geeks before there were big data geeks, like way back in 1988.

If you want your own copy, the full 137-page report can be downloaded as a pdf here: World Digital Competitiveness Rankings (2018).

The only Asian country in the top 10 of the IMD rankings is Singapore (#1 (2017); #2 (2018), but, as the IMD points out, Singapore has a drag or two on its digital journey. North America and Europe occupy the other nine slots.

The remainder of Asia ranks from a high of #11 (Hong Kong) to a low of #64 (Indonesia). See the big green chart below.

Interestingly, however, the Asian states collectively present well. An enlightening line chart on p. 60 shows clearly what is happening (See below).

East Asia (excluding Taiwan) has been on the rise since 2016, passing the U.S. (#1 in the IMD rankings) in 2017, and thereafter continuing to rise.

The EU took a dive in 2016, somewhat arrested its descent in 2017, and thereafter has trended slightly down.

In fourth place is the ASEAN and Asia Pacific.

Here’s the IMD explaining its ranking methodology, and the three pillars upon which it is all built: Knowledge, Technology, and Future Readiness [p.16]:

“The Knowledge factor refers to the intangible infrastructure, which underlines the process of digital transformation through the discovery, understanding and learning of new technologies.

“The Technology factor assesses the overall context through which the development of digital technologies is enabled. This context includes first, a supportive regulatory framework which allows for the efficient performance of business activities and the enforcement of relevant regulation while encouraging business development and innovation.

“The second element of the technology factor is capital which evaluates the availability and current investment on technology related development. It also considers the level of investment risk in a particular economy.

“The final element is the existing technological framework which assesses the current physical technological infrastructure in a country and also its quality.

“The Future Readiness factor examines the level of preparedness of an economy to assume its digital transformation.” 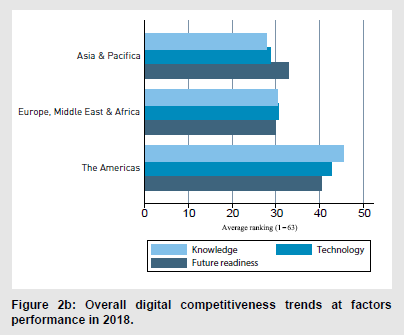 Excerpted from IMD’s 2018 report
“This year the IMD World Digital Competitiveness Rankings (WDCR) celebrates its second edition. In 2017, we introduced this ranking in order to quantify the rapid transformations countries are undergoing, and to provide a tool for decision makers in the public and private sectors to interpret and address these changes.

“The objective of the digital ranking is to assess the extent to which a country adopts and explores digital technologies leading to transformation in government practices, business models and society in general. In this way, firms are able to find better opportunities to strengthen future value creation.” [p.16]

Singapore topped the knowledge and technology categories but came in only 15th for future-readiness.

Despite its digital-friendly environment and high levels of training and education, Singapore society’s attitude towards the adoption of technologies and the agility of businesses here to transform digitally scored relatively low, coming in at 20th and 18th place respectively, said the report.

Singapore remained the only Asian country to crack the top 10, with closest rival Hong Kong falling to 11th place from seventh last year. 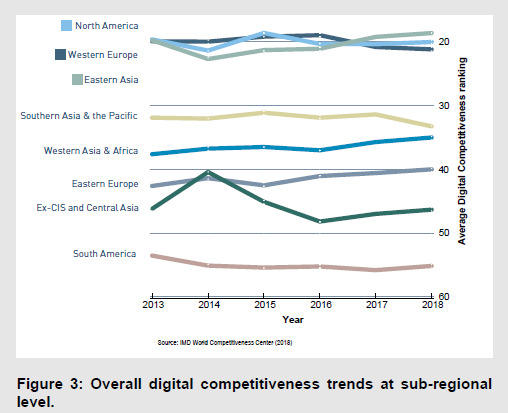 Korea & Japan
Korea reaches the 14th spot (five places up from 19th) and Japan advances five places to 22nd position, in both cases because of an advancement in components of the knowledge and future readiness factors.

China & Thailand
China slightly improves from 31st to 30th as does Thailand from 41st to 39th and India (51st to 48th). These countries all share progress in the technology factor, ranging from improvements in connectivity systems to tech-friendly regulation.

The Philippines
The Philippines experiences one of the largest drops in the overall digital ranking, from 46th to 56th. The slowdown comes after declines in the technology (51st to 58th) and future readiness (43rd to 52nd) factors.

Indonesia
Dropping three ranks to 62nd in the overall digital ranking, Indonesia is the lowest ranking country in the region. The development of highly-skilled workers is a key-challenge for the country. In turn, it affects the capacity for technological development and the integration of new technologies in the private sector and in society, which lead to low scores in the technology and future readiness factors.

Australia & New Zealand
In the Pacific, while Australia moves up two places to the 13th position, New Zealand drops from 14th to 19th.

According to the IMD World Digital Competitiveness Center’s report, this year, the majority (29) of countries in the study showed an improvement in their level of digital competitiveness, but Southeast Asian nations, such as Malaysia, the Philippines and Indonesia, recorded a decline.

In the latest ranking by Swiss business school IMD, Singapore lost the top spot and dropped to second place in a digital competitiveness ranking of 63 economies, pipped by the United States in a move up from third place last year.

About IMD
The IMD World Competitiveness Center is a research group at IMD business school in Lausanne, Switzerland with 30 years of research expertise in the field of country competitiveness. 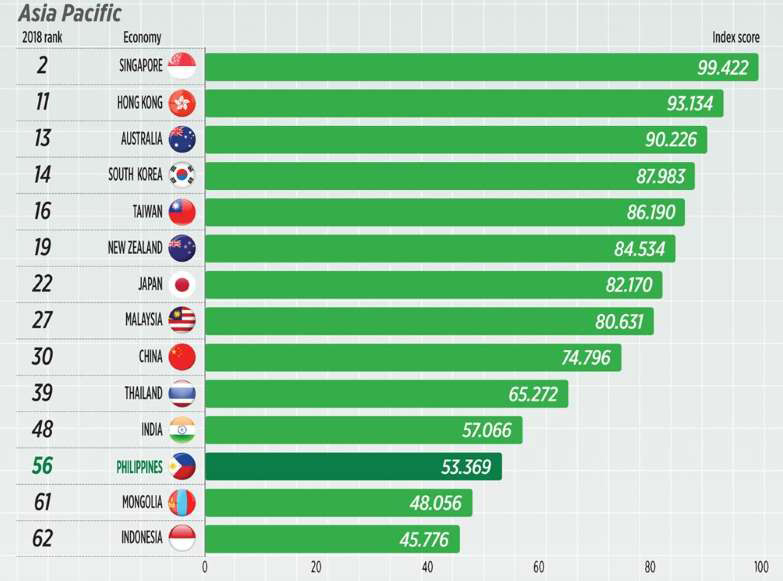