Cause for Hope: Scattered Pockets of Excellence Are Growing Fast

Floodgates of foreign investment open to billions of dollars flowing in from East Asia and U.S.

India’s robot builders
On the flip side, although its industrial robot deployments are woefully low, thus making any attempt at industrial automation or robot-driven automation a fraction of what it could and should be, it’s a best-in-Asia at developing mobile robots for logistics.

For example, the warehouse robots from Grey Orange, filling orders in Flipkart’s massive fulfillment centers, are the Asian equivalent of Kiva’s machines helping to process orders for Amazon. Nowhere else in Asia is there anything even close to this robot coup for logistics.

Gray Orange, with the help of a cool $30 million from Tiger Global (U.S.), has now burst from its hometown of Guragon to Singapore, Mumbai, Delhi, Bangalore, Hyderabad, and Hong Kong.

Excellence on the rise
Scattered around the country there are pockets of robotics excellence looking for some Grey Orange magic to strike. 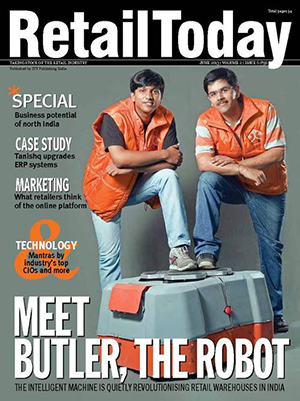 Investors are taking note. Many of these indigenous robot developers are real robot companies making real robots to do real jobs that truly impact job-making and the economy. Sadly, way not enough.

Over the past several years the floodgates for foreign investment have opened to greet billions of dollars flowing in from venture capitalists (VCs) from both Asia and the U.S. There’s also growing foreign direct investment like Terry Gou’s Foxconn pledging $5 billion to build plants for assembling electronics.

Foxconn and Tiger Global are but a few of the many investors, companies and countries that have circled India as a place where lots of money can be made.

The future of robotics and automation in India, chugging along in fits and starts, could be brighter, only if…

Gandhi didn’t like machines
Historically, India has never had an enduring love affair with machines, period.

NIC or otherwise, such a technical void may well also be a part of the tangled equation for the slow industrialization and slow automation movement.

Gandhi was fearful of machines for modern India. He was a champion of “swadeshi,” or village economy, where the machine would be subordinated to the worker; it would not be allowed to become the master, dictating the pace of human activity.

Gandhi wrote: “It’s a tragedy of the first magnitude that millions of people have ceased to use their hands as hands. Nature has bestowed upon us this great gift which is our hands. If the craze for machinery methods continues, it is highly likely that a time will come when we shall be so incapacitated and weak that we shall begin to curse ourselves for having forgotten the use of the living machines given to us by God.”

That, of course, is a sentiment shared by a growing number of people today all over the globe, especially those afflicted with robophobia.

However, India’s problem with machines goes back a ways further than Gandhi.

Arnold Pacey looks over 800 years of Indian history in hisTechnology in World Civilizationto note that in India relatively little use was made of machines; “that there are no reports of machines with gears, pulleys, cams or cranks before 1200 AD.”

To the west in Persia (Iran), there were lots of machines, so too in China to the east.

What happened in the middle?
Maybe India felt it was done giving to the world after putting forth so much in birthing mathematics, philosophy, religion, psychology, medicine, chemistry, metallurgy, and a long list of other gifts with which the mind could tinker over and use.

And maybe that’s just it: India’s great capability is in things cerebral and intellectual rather than mechanical. In that vein, Information Technology would be a natural sweet spot, building mechanical robots would not.

Then too, neither was the British Raj (1858-1947) a time of indigenous machine making in India except by foreigners, mostly the British.

So, with the industrialized Asia rapidly amping up toward a rendezvous with robot-driven automation, mainly as a way to accelerate productivity, it’s not inconsistent—given India’s past reluctance at building machines— that it might lag the Asian trend.
​​
Slowly but eventually robot-driven automation will gain momentum in India. The question outstanding is what part if any in that evolution will India’s own robot industry play. Today, its giants like ABB and FANUC building robots for mainly Indian vehicle manufacturers.  Will foreigners lay claim to an ever-widening swath?

The “Make in India” dilemma
Although Prime Minister Narendra Modi’s ongoing mantra is jobs, jobs, jobs, the path ahead is daunting. With one of the youngest workforces in Asia as a core strength, Modi will nonetheless have to find jobs for them: 10 million inadequately educated young people a year for the next twenty years! An epic undertaking to say the least.

Modi’s “Make in India” laudably aspires to triple manufacturing jobs to 150 million by 2022—the Boston Consulting Group forecasts 62 million—which leaves little to no room for the government to invest in any large-scale national robot-driven innovation programs, as the nations of East Asia have.

Without such a commitment from government, automation will struggle in India, which means a severe blow to productivity.  Currently, productivity in Indian factories is the worst among major economies. And quality, well, that’s not far behind.

“There’s the threat of India losing out,” said Madhur Jha, senior economist at Standard Chartered in London. “Other countries are slightly more developed, have a stronger manufacturing base, and are moving toward automation more quickly to keep themselves competitive.”

The obvious solution, one that will inevitably come with massive social consequences, is for the Modi government to make a national commitment to automation.I am text block. Click edit button to change this text. 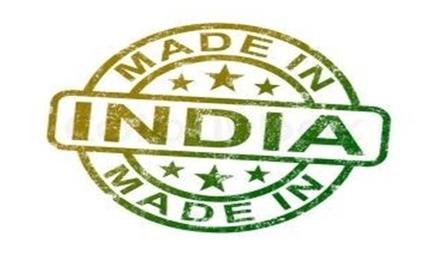