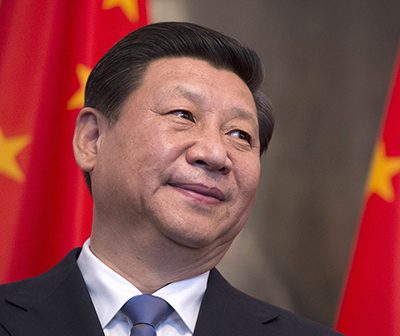 A 2014 Pew Research Center survey on the attitudes and trends of the Chinese toward their government found: “A broad majority of Chinese (89%) think things are going well with their economy, making them the happiest on this measure compared with all other 43 countries surveyed this year.

“And they believe things will only get better. Eight-in-ten say the economy will continue to improve over the next 12 months. And 85% think the younger generation will be better off financially than their parents. This optimism stands in stark contrast to findings in Europe and the U.S., where widespread majorities believe their children will be worse off going forward.”

And when Pew surveyed those 43 countries: “Across 43 nations, a median of 53% believe China’s growing economy is a good thing for their own economy.”

And because of it, the West may as well kiss goodbye the success of any American-led Trans-Pacific Partnership agreement, unless China is a participant.

You can bet that if Asia is to become “the world’s political and economic center of gravity” as Blumenthal and his AEI colleagues have forecast, then China’s going to be doing the leading and Xi is going to be, at least for the next eight years of his term, at the head of the pack.

So let’s just call it the China Century, and then get to the all-necessary and hard work at hand of moving the center of gravity.

Champion of automation
Such a scenario that is developing in Asia couldn’t be better for robotics and robotics-driven automation. The stars are aligning perfectly.

It’s a definite that For Asia There’s No Turning Back, and it’s a definite that a Xi Jinping-led China—the leader who champions automation and is full speed ahead for Made in China 2025—will begin the transformation of his country; and with it, will witness Japan and Korea following suit and transforming their own countries as well.

It has already begun and been ongoing for over a year. East Asia is on its way to becoming the world’s powerhouse for robotics for years to come, especially that Seoul to Shanghai to Tokyo golden triangle of robotics development, manufacturing and deployment. All of which will also inure to the great benefit of Southeast Asia and the ASEAN Economic Community as it automates its future as well.

In March of 2016, China’s 13th Five-Year Plan (FYP) was revealed to show that robotics and automation will be called upon to play a massive role. The plan will dictate China’s economic and social policy for 2016-2020.

That Five-Year Plan will become the handbook for China’s automation movement, and out of that movement will flow Asia’s future.

Because of automation, and byproducts like a marked increase in productivity, life, work and family for all Asians will change forever…and for the better.

That rendezvous with the future is a first anywhere on the globe. It bears watching closely and cheering on.

To witness those events as they unfold and to chronicle the transformation of Asia is the mission of Asian Robotics Review. Join us on the journey forward.